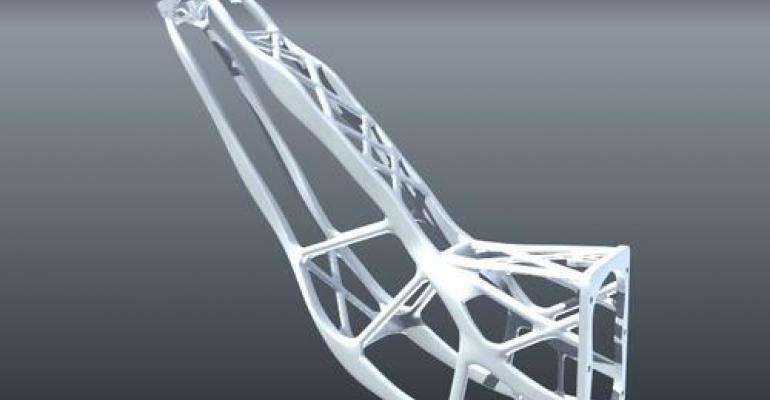 Two teams, one based in the US and one in Europe, have 3D printed space-worthy support structures for satellite antenna arrays. These aren't prototypes: they're fully functioning antenna supports that will operate while exposed to the harsh temperatures and radiation of outer space.

Interestingly, they're not made of similar materials. The European team's antenna array support is fabricated with aluminum and the US team's is made of ULTEM 9085, a thermoplastic with a strength similar to aluminum's. Antenna supports are often machined from astroquartz, an outer space-certified composite, which involves a lengthy, expensive process that includes vacuum-forming. 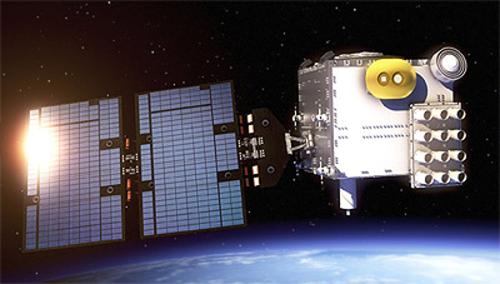 Let's look at the US team's work. These antenna array supports were designed for NASA's Constellation Observing System for Meteorology, Ionosphere, and Climate (COSMIC-2) satellite mission, scheduled to launch in 2016. That mission's antenna arrays will collect data from the atmosphere and ionosphere for improving weather prediction models and advancing Earth-based meteorological research. Each of the mission's 12 satellites has two antennas, and each array support has 12 cone-like structures that were 3D printed together as a single piece.

First, the array support structure design was optimized for Stratasys' fused deposition modeling (FDM) process, according to RedEye's case study. Secondary operations were minimized with self-supporting angles in the design. All shapes were designed with a maximum overhead angle of 45 degrees to avoid the requirement for breakaway support material. This not only reduced build time and secondary operations, but also reduced the risk of breaking any parts during manual support removal, Joel Smith, RedEye's strategic account manager for aerospace and defense, told Design News.

ULTEM 9085, a PEI/PC copolymer blend with a long history in aerospace due to its structural and RF properties, and resistance to chemicals and high temperatures, is also flammability rated by the Federal Aviation Administration (FAA). It's used with Stratasys' FDM 3D printers, but has never been deployed in space for an outside-the-craft application. Once JPL had settled on FDM as the additive manufacturing (AM) process, ULTEM 9085 was the only material considered for this project, Smith told us. It's strong enough to withstand the strength and load requirements for the COSMIC-2 project as well as the harsh environment of space. Both prototypes and end-use parts were made of it.

JPL chose FDM for a number of reasons. "FDM was the only process at RedEye that JPL considered and/or tested for this project because it builds engineering-grade thermoplastics durable enough to meet the project's requirements," said Smith. Additionally, FDM can build complex geometric parts with multiple design features, internal structures, and tight dimensional tolerances within 1%. Machining and vacuum forming the custom antenna arrays out of astroquartz would require fabricating multiple pieces to be fastened together. With FDM, the array supports could be built in one piece, eliminating hand assembly and secondary operations that would increase cost and time expenses. It also eliminated some risk of human errors during assembly. Although he couldn't give exact figures, Smith said the cost and time savings were significant.