Alexa, Can I Find Someone to Buy You? 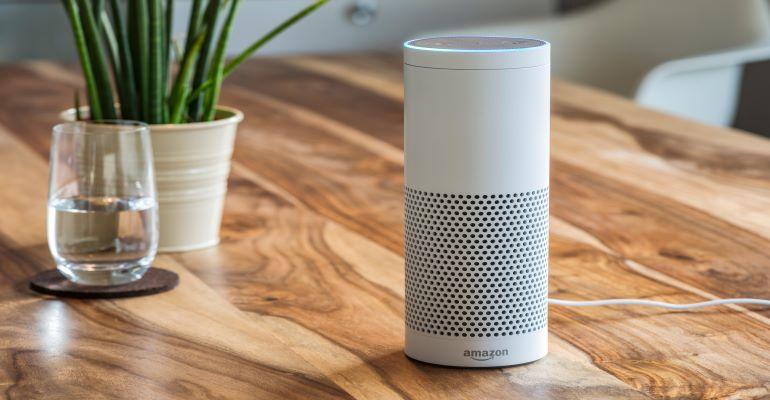 To some people, smart speakers have become an annoyance and potential security concern rather than a quick way to find out the weather forecast or play a song request. Alexa’s detractors might be able to take some small solace in recent market research from Omdia that suggests the growth of smart speakers is starting to level off, at least in North America.

According to the latest smart speaker report from Omdia, smart speaker shipments are forecast to grow at a miniscule compound annual growth rate (CAGR) of 1.3% from 2021 to 2026 in North America, compared to 118% from 2014 to 2021.

Related: What If Alexa Could Read Your Mind?

More specifically, Omdia forecasts annual speaker shipments for Amazon to exhibit a negative -3.2% CAGR in North America through 2026, with Google smart speaker growing at 0.2%. By contrast, Apple smart speakers are forecast to grow at a CAGR of 11.7%, but that growth is skewed by the projected release of a new smart speaker.

"Smart speakers have become ubiquitous in the US. In fact, the price point of many smart speakers today means price isn't the barrier to further adoption," said Blake Kozak, Senior Principal Analyst for smart home at Omdia, in a statement. "If a consumer wants a smart speaker, obtaining one shouldn't be a problem assuming a broadband connection is present."

Related: Your Medical Device is Getting Smarter … and More Reliable!

Kozak added that the saturation point is largely due to Amazon, which in 2021 had an estimated installed base of 110M speakers across North America, nearly double the installed base of Google. Kozak believes that since many households already have multiple smart speakers, consumers are starting to pull back.

In the long-term, the use of Alexa and other general-use smart speakers may fade for some tasks, as consumer electronics companies incorporate voice assistant technology into TVs, set top boxes (STBs), appliances, and over-the-top (OTT) devices with built-in microphones. In fact, Omdia’s Kozak noted that the trend toward narrower use cases will allow the improvement of natural language understanding (NLU) beyond general-use smart speakers. For instance, Sonos announced its voice assistant will become available in June, with a dedicated assistant that only controls speakers and works without the cloud.

Kozak expects the growing trend toward digital healthcare to give new life to smart speakers, as they help healthcare providers administer services outside of the traditional clinical environment.

"The smart speaker era is coming to an end, but the usefulness of these devices can be prolonged with the introduction of new use cases like healthcare," Kozak said. "Although the smart speaker itself will soon begin to fade, voice assistant technology will continue to play a significant role in smart homes. But instead of residing mostly in speakers, the technology will find its way into other devices in the home and will be blended with enterprise use cases." 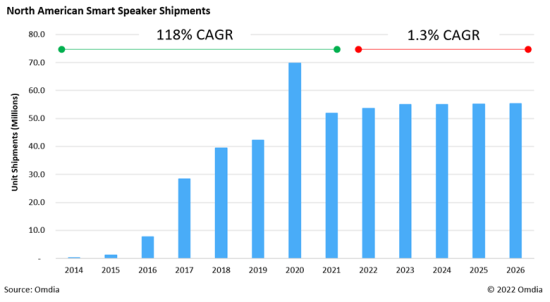