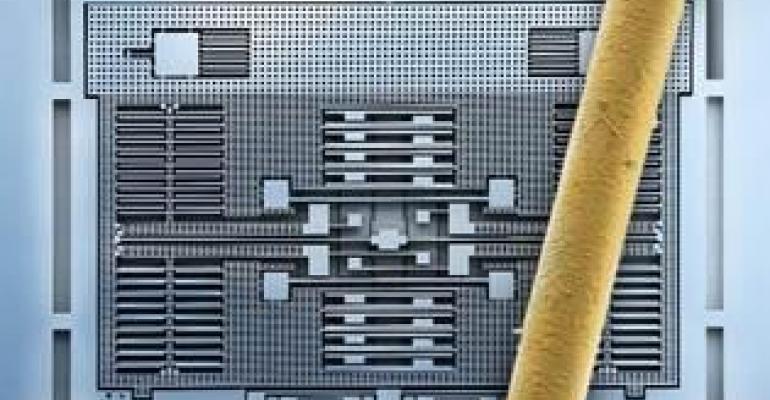 How big are those market opportunities? IHS Technology predicts that global revenues for MEMS used in industrial IoT equipment will expand from $16 million in 2013 to $120 million in 2018. MEMS devices including accelerometers, pressure sensors, timing components, and microphones will be ubiquitous - to the tune of 7.3 billion annual shipped units by 2025 - in nodes and controllers for commercial transport systems, transactional systems, industrial automation, lighting, and, of course, healthcare. 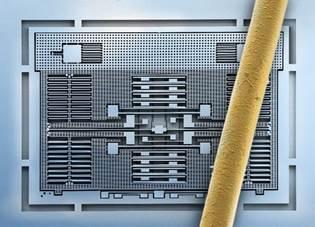 At the same time, in the consumer space, IHS forecasts that the market for MEMS microphones will almost double in size from 2012 to 2018 to more than $1.4 billion. This will be propelled by demands by both smartphone makers and wearable device manufacturers for tiny high-performance microphones.

MEMS technology has been around for several decades, but IoT has obviously energized the MEMS device-making industry. One company - and which Lightman referenced in her column - is Robert Bosch GmbH, whose subsidiaries Bosch Sensortec, Bosch Connected Devices and Solutions (BCDS), and Pittsburgh-based MEMS microphone maker Akustica are working on product expansion into consumer and personal-activity markets such as fitness tracking, indoor navigation, and gesture recognition in environments like smart homes.

Bosch bought Akustica in 2009, and now benefits from having "in-house design and manufacturing advantages" with MEMS architectures, ASIC elements, and wafer packaging and downstream microfabrication facilities resulting from the acquisition. The company, according to both Lightman and Design News sister publication EETimes, has Bosch Sensortec, whose original focus was automotive MEMS applications, modifying its sensor platforms for consumer products. However, it also noted that one of its newest MEMS products, an automotive triaxial accelerometer, was the fruit of internal product development based upon a sensor and packaging technology for consumer electronics.

It said that Bosch Sensortec and Akustica are serving as component suppliers to BCDS, which is in a ready-made solutions and services vendor role. Bosch introduced that along with other new MEMS products, including two Akustica low-power microphones with signal-to-noise ratios above 64 dB for mobile phones, smartglasses, and smartwatches, over the last two days at the MEMS Executive Congress Europe in Copenhagen, Denmark.

Bosch already claims to be the world's leading supplier of MEMS sensors, having shipped more than 5 billion units in the last 20 years. It claims a MEMS sensor production throughput of 4 million a day from its wafer fabrication facility in Reutlingen, Germany. But the head of BCDS told EETimes back in December that the company is not done -- it intends to make every Bosch product -- consumer and industrial -- connected to the Internet. In the US, Bosch home appliances and power tools are seen as upmarket options to other retail offerings.

Meanwhile, on the industrial side, building automation will be the biggest submarket for MEMS sensors, followed by accelerometers and pressure sensors for asset tracking through supply chains. Accelerometers, flow sensors, and inclinometers (measuring angle or tilt) will proliferate in the smart grid. The market, basically, will burgeon as every functioning thing in our lives smartens up.