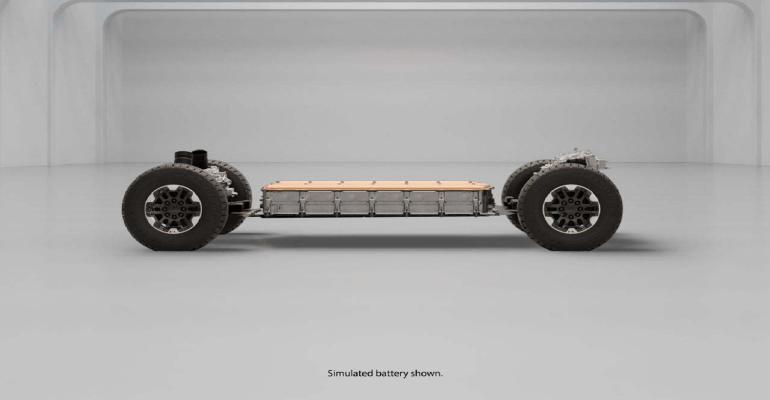 General Motors is in a major quest to bolster its battery capacity to meet electric vehicle demands. To help attain this goal, the automaker announced last week a joint research development agreement with OneD Battery Sciences to leverage their silicon nanotechnology for its Ultium battery cells, to improve energy density for longer range and reduced cost.

The collaboration will focus on OneD's SINANODE platform, which adds more silicon onto the anode battery cells by fusing silicon nanowires into EV-grade graphite. As silicon can store 10 times more energy than graphite, the nanowires can lead to smaller, lighter, battery packs that potentially achieve higher driving range at lower cost.

The process involves injecting nanocatalysts into the graphite along with nitrogen and silane. The subsequent chemical reaction produces silicon nanowires within the graphite, which in turn creates an anode powder coating that helps improve the battery’s energy density, according to Vincent Pluvinage, CEO, OneD Battery Sciences, in an interview with Design News.

Pluvinage said that OneD Battery Sciences has been developing and refining the technology for over a decade. In the past few years, the company has been refining the patented technology for adoption by the growing electric vehicle market. “We have invented novel surface treatments for dry electrode coatings to make these anodes less expensive,” Pluvinage noted. OneD Battery Sciences has amassed a portfolio over 240 granted patents.

OneD Battery Sciences is relying on its extensive patent portfolio to focus its business model to center on licensing the SINANODE technology to industrial partners and scale manufacturing faster and at a lower cost. The company recently completed a Series C funding round which closed at $25 million, with GM Ventures and Volta Energy Technologies two of the participants. The funding will help One D continue R&D, while advancing pilot production and providing OEMs and battery manufacturers a seamless integration into the manufacturing of EV batteries via licensed manufacturing partners.

Separately, GM is conducting advanced battery research and development in its new Wallace Battery Cell Innovation Center in Warren, MI, which was completed earlier this year to help ramp up development and production of next-generation Ultium batteries, along with production methods that can quickly be deployed at battery cell manufacturing plants.