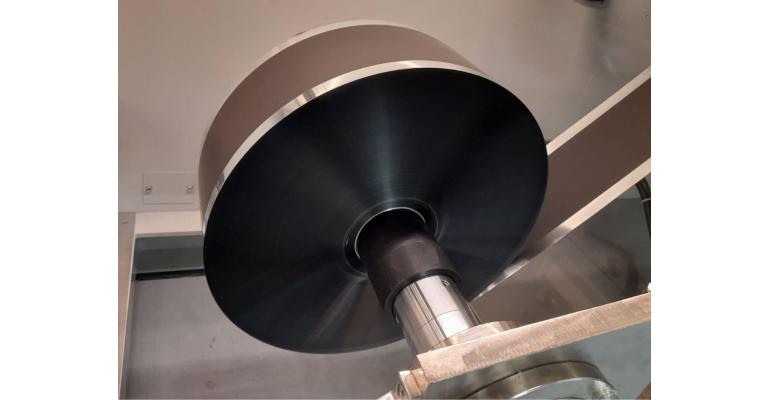 With its Neocarbonix at the Core electrode technology, Nanoramic Laboratories wants to improve roll-to-roll coating and drying of lithium-ion electrodes.
Costs of key battery materials have gone up, but the auto industry believes that a more affordable electric vehicle is on the horizon.

In the face of rising costs, automakers, battery manufacturers, and raw material suppliers are banding together to address the looming issue of electric vehicle (EV) affordability. Their partnerships are critical for automakers who want to bring EVs to the middle class in the coming years. In September 2022, the average transaction price for an electric car was $66,000, about $18,000 more than the average cost of a gasoline-burning vehicle, according to the consultancy Guidehouse Insights. That gap could be enough to slow the adoption of electric vehicles, especially at the automotive market’s entry levels, Guidehouse says.

“It’s critically important to get those costs down, otherwise they’ll never get EVs to price parity with internal-combustion-engine vehicles, or make them more affordable to more people,” noted Sam Abuelsamid, principal analyst for Guidehouse Insights.

The main reason for the price gap is the battery. The cost of the battery’s key raw materials—lithium, nickel, and cobalt—have soared in the past three years. From the end of 2019 through March of this year, lithium carbonate jumped 670%, according to The Wall Street Journal. Similarly, cobalt tripled during that period and nickel (in part because of the Russian invasion of Ukraine) gained 85%. The result is that after years of falling prices, battery cell costs have gone back up since 2020.

It’s especially problematic for the two most popular types of lithium-ion chemistries—Tesla’s nickel cobalt aluminum oxide (NCA) and nickel manganese cobalt (NMC), both of which need all three of those raw materials. Today, the average pack cost for a lithium-ion battery is between $130/kWh and $140/kWh, which is considered too high for entry-level vehicles. At that price, even a small 60-kWh battery could cost $8,400.

Still, the auto industry is optimistic about the future of battery costs. Automakers and suppliers have identified a number of ways to cut costs. Those fall into two categories—short-term and long-term.

The short-term solution, which involves eliminating nickel and cobalt, is already here. Automakers are making commitments to a chemistry known as lithium iron phosphate (LFP), which uses no nickel or cobalt. Tesla has said it will use LFP in all its standard-range vehicles, and Ford has announced it will employ LFP in Mustang Mach-Es sold in North America and in its electric F-150 Lightning truck in 2024. Electric truck maker Rivian Automotive Inc. has also said it plans to use LFP in its standard-range vehicles. General Motors and Volkswagen have said they are exploring the idea of employing LFP, as well.

Lithium iron phosphate, invented in 1997 by Nobel-Prize-winning scientist John Goodenough, was originally seen as a candidate for electrical grid storage. It was not seriously considered as a chemistry for electric cars because its energy levels were too low. But the idea of using it for electric cars has caught on in recent years, first in China, and now in the U.S. Its advantages are numerous: It replaces the nickel and cobalt in the conventional lithium-ion cathode with iron and phosphorous, both of which are cheap and easily available. Moreover, it is more durable, more stable, and safer than NMC or NCA. The big advantage, however, is cost. LFP is 30%-40% cheaper per kilowatt-hour than its competitors. The upshot is that it brings automakers closer to their longtime-goal of $100/kWh.

The factor preventing its across-the-board use, however, is its energy level. LFP offers about 30% less energy, which means that an electric vehicle with an NMC battery and a 240-mile range would drop down to about 170 miles with LFP. That’s why automakers are targeting it for standard-range, rather than long-range, electric vehicles. “If you don’t necessarily need hundreds of miles of range, LFP batteries are a great solution,” Abuelsamid said. “They’re cheaper, they last a lot longer, and they’re very safe. In a lot of commercial applications, we are seeing a shift to LFP.” 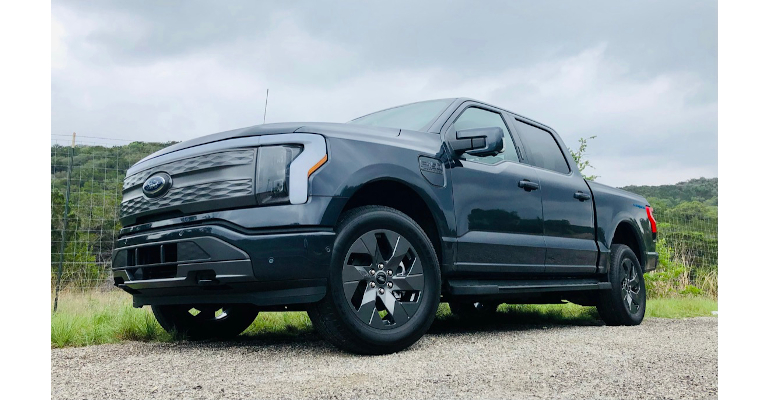 Combining low cost with higher energy, however, is a trickier matter and will take more time.

The first step in changing the long-term cost structure is improving the supply scenario. Today, most lithium is mined in Australia and in the South American salt deserts. And the limited supply, combined with rising demand in the auto industry, is keeping prices high. But battery manufacturers are finding new sources. “Lithium is actually quite common in the earth,” Abuelsamid said. “It’s available pretty much everywhere in the world.”

One of those areas is a shallow, landlocked body of water in southern California called the Salton Sea. Due to geothermal activity, lithium underneath the Salton Sea can be loosened up and pumped to the surface, creating the potential for a massive raw material source for the battery industry. Australia-based Controlled Thermal Resources has developed a geothermal process for extracting and separating the lithium, which can then be used in battery production. General Motors is partnering with Controlled Thermal Resources on the project. If the process is successful, it is believed that the Salton Sea could provide enough lithium for all of North America.

A similar project, involving Stellantis N.V. and Vulcan Energy Resources, is also using a geothermal process to extract lithium in Germany. The German site is said to be Europe’s largest lithium resource.

As lithium availability rises, automakers believe the costs of the raw materials will come back down. Today, however, no one knows how much costs would drop, or how long it could take for any such projects to start producing significant amounts of usable lithium for the auto industry.

The other target for cost reduction lies in manufacturing. Suppliers are therefore working on methods that could make manufacturing faster and simpler, thereby lowering costs.

One such solution lies in the use of a new electrode material that holds promise for cutting manufacturing costs. The technology, known as Neocarbonix at the Core, is seen as a potential replacement for the commonly used PVDF (polyvinylidene fluoride) electrode binder. PVDF has long been the binder of choice for lithium-ion electrodes, but it requires use of a solvent called NMP (N-Methyl-2-pyrrolidone), which needs very long roll-to-roll coating machinery and a lengthy, high-temperature drying process. Nanoramic Laboratories, which makes Neocarbonix, says that its electrode technology eliminates the need for NMP, and therefore makes for a more efficient drying process with faster throughput and less energy consumption. “Our coating speed is three to four times faster for the same amount of material, which is huge,” noted Nicolo Brambilla, chief technical officer of Nanoramic Labs. “So you could use the same coating machine and speed it up, or you could have a much smaller coating machine.” Nanoramic is partnering with Avesta Battery & Energy Engineering on the development of batteries using the new electrode technology. Nanoramic expects to have prototypes available in 2023 and to begin working with OEMs in 2024.

Similarly, Tesla is making in-roads with manufacturing cost reduction through its use of a dry electrode coating process. If successful, the dry coating process would eliminate the need for the time-honored slurry-based method, and therefore would reduce plant floor space and cut energy costs. Tesla acquired the California-based startup Maxwell Technologies in 2019 for the purpose of developing the dry coating technique. It now has a pilot production line in Fremont, CA, that builds battery anodes. But to date Tesla has not scaled the process up beyond the pilot line.

Industry analysts say other battery manufacturers are looking into the dry coating process, as well. “Dry coating is going to be the next big transition in cell manufacturing,” Abuelsamid said.

Whether all of the cost reduction operations will bear fruit is another matter. Mining and extraction are not always successful, and large-scale battery manufacturing is notoriously difficult, even for experienced suppliers.  For those reasons, battery manufacturers have always had trouble putting innovations on a timetable.

Still, the Center for Automotive Research (CAR) believes that lithium-ion battery prices will come down in the next few years. The question is whether they would fall enough to make EVs a realistic option for the middle class. The average EV price of $66,000 today is precariously close to the U.S. Census’s median household income of $70,784 per year, which means that the price will still have to fall significantly.

“The lithium-ion battery electric vehicle will be cost competitive with the internal combustion engine vehicle in the next three to five years,” noted Brett Smith, director of technology for CAR. “But it still looks like it will be a challenge to bring it down to the low-end, low-cost vehicle.”

Editor’s note: When referring to technology from Nanoramics, we originally used the term “binder” but have updated the article per Nanoramics’s request to use the term "electrode technology" instead of "binder."