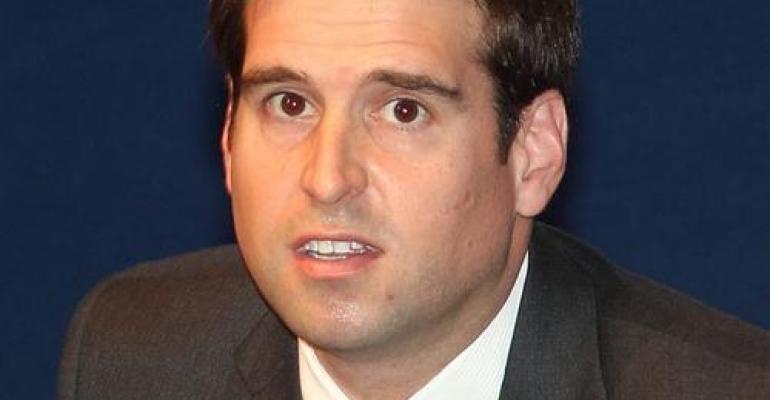 Hydrogen fuel cells are essentially incapable of addressing the large-scale environmental challenges of automotive transportation and will never catch up with batteries as an alternative fuel source, Tesla Inc.'s top engineer told attendees at Advanced Design & Manufacturing conference in Cleveland this week.

JB Straubel, chief technology officer for Tesla, said that fuel cell technology has “intractable” infrastructure problems that will prevent it from ever serving as a major automotive fuel source, despite the advantages it offers in terms of long driving ranges and quick recharge times.

“It’s a technology that’s always three to five years away,” Straubel told a standing room-only crowd of engineers at the show. “There are so many fundamental challenges with commercializing it for cars that I don’t see it catching up or ever competing with batteries at this point.”

During a wide-ranging hour-long talk, Straubel discussed Tesla’s decade-long rise to global prominence and detailed its recent improvements in battery technology. He also described his company’s growing emphasis on manufacturing technology, and explained how it is driving down the cost of lithium-ion cells.

“A lot of people think that batteries can’t come down very much (in cost),” Straubel said. “They look at the existing bill of materials for a lithium-ion battery, and it looks very hard. But if you look at the commodities – copper, aluminum, nickel, cobalt – there’s a lot of room left for reducing the cost.”

Improvements in cost, specific energy and recharge time are increasingly making hydrogen fuel cells look inadequate, he said. “The improvement curve on batteries is in my view going to completely eclipse even the best advantages of hydrogen fuel cells,” he said.

In contrast, he said automakers are just beginning to comprehend the difficulties associated with fuel cells. Hydrogen, he said, is impractical and difficult to transport. Moreover, hydrogen fueling stations are exceptionally expensive.

Straubel’s comments came in the wake of accelerated efforts by Toyota, General Motors, and Honda to commercialize fuel cell technology. In a recent story published in the Financial Times, Toyota said it plans to sell more than 30,000 hydrogen-powered cars a year by 2020, about 10-times more than its 2017 production target. General Motors and Honda are similarly making plans for the technology as part of a joint effort, and Hyundai has also produced a fuel cell-driven car.

Meanwhile, Tesla is so committed to batteries that it is using its technology as a springboard to launch itself into the wider energy market, Straubel said. Battery cells from its massive Gigafactory are now being targeted toward the company’s growing efforts in home and commercial storage. Tesla is building battery-based storage units and solar roofs for homes, largely in response to queries from customers, Straubel said.

“Almost everyone we sell an electric car to immediately starts thinking about how to charge it and where the energy comes from,” he added.

Ultimately, he believes that the continued improvement in battery technology will lead other automakers to agree with Tesla engineers. “I think we will see the remaining automotive companies – the holdouts focusing on fuel cells – shift more toward (battery) EVs over time,” he said.

Driving the Future of Automotive Design. Federal mandates and environmental concerns have put fuel efficiency on the map for 2025. The automotive conference, held during Advanced Design & Manufacturing , March 29-30, 2017, in Cleveland, investigates lightweighting, the art and science that is lifting the pressure off automotive manufacturers. Learn about this trend's future and find out how new advances in lightweighting parts and materials can help you deliver the cars of the future. Register today!
TAGS: Alternative Energy
0 comments
Hide comments
Related