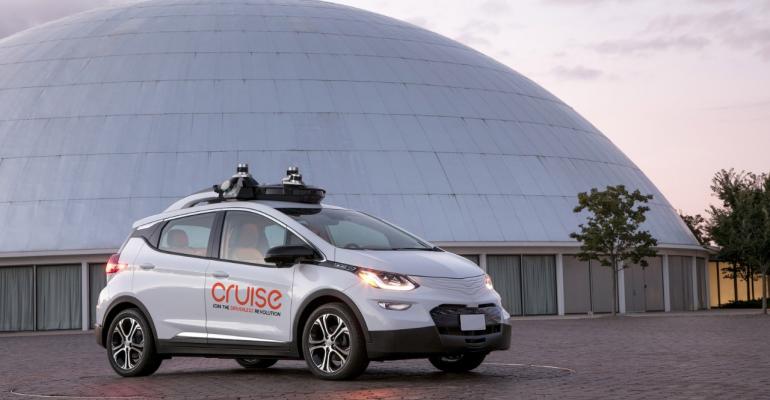 The acquisition of Strobe, Inc. complements GM’s 2016 purchase of Cruise Automation, a San Francisco-base technology company that specializes in the development of the autonomous software stack. Bringing the two companies under the GM umbrella puts the automaker in possession of two of the key elements -- brains and vision -- needed for self-driving cars.

“They want to bring as much of the automated driving system in house as they possibly can,” Sam Abuelsamid, senior analyst for Navigant Research, told Design News. “And that’s not unique to GM. Ford has been doing the same thing, and other OEMs are looking at it, as well.”

The acquisitions are important because they go beyond typical business partnerships and suggest that GM wants to keep much of the hardware, software and services of the autonomous car within its grasp. That idea was reinforced last week, when GM president Dan Amman told listeners at a Wall Street Journal technology conference that “the approach we are taking is to control a lot of that system ourselves because it allows us to move more quickly.”

Such acquisitions also give automakers more control over a technology that ultimately will be their responsibility anyway, experts said. “There are still a lot of long-term unknowns about this technology,” Abuelsamid told us. “And because these companies are going to be liable for their performance, they want to make sure they know what’s in there, and can validate that everything is working properly.”

The move by GM to acquire Cruise and Strobe, and similar moves by Ford to invest in Velodyne Lidar, Inc., SAIPS, and Argo AI, show how much the automotive supply chain has changed in the wake of self-driving car technology. For many years, Tier One suppliers provided automakers with the electronic sub-systems for engines, transmissions, safety and infotainment systems. Now, however, some automakers are working directly with Tier Two semiconductor suppliers, while others, such as GM and Ford, are acquiring technology to bring in house. At the same time, relationships between such companies as Waymo LLC (previously known as the Google self-driving car project) and Fiat Chrysler Automobiles (FCA) appear to be reversed – that is, Waymo, maker of the autonomous driving stack, seems to serve as the OEM, while FCA provides vehicles and operates much like a Tier One supplier.

The new relationships leave some wondering about the role of the traditional Tier One suppliers. “They’re definitely being squeezed,” Abuelsamid said. “That’s one of the reasons why we’re seeing companies like Delphi splitting up their business.”

To be sure, GM said it will continue to work with traditional Tier Ones on autonomous cars, if those companies can help them get to market faster. “If next year a supplier comes to us with an off-the-shelf solution that is commoditized, cheaper, and ready to use, we’d go with it,” GM spokesman Patrick Sullivan told us.

Abuelsamid, however, expects more of the big automotive companies, especially those with greater wherewithal and technical expertise, to pull self-driving technology in house. “The whole idea of vertical integration is becoming more consistent across the board for a lot of these companies,” he said. “We’re going to see more of it.”