Do You Trust Autonomous Cars? 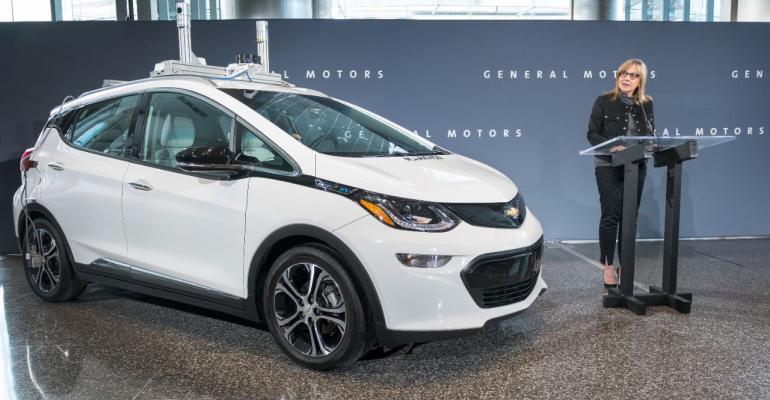 Op Ed: We might be reaching the point where the hype is surpassing the reality.

The recent comment about autonomous cars by Governor Jay Inslee of Washington might just be a slip of the tongue, or it might be an indicator of how confused the American public has become about self-driving vehicles.

Inslee, after signing an executive order allowing automakers to begin testing autonomous cars on his state’s roads, unwisely used the term “foolproof” to describe the technology.

“One thing I know about radar, it doesn’t drive drunk, it doesn’t drive distracted,” Inslee was quoted as saying in the Seattle Times. “We humans are really good at a lot of things, driving cars isn’t necessarily one of them compared to the automated processes that are digital and foolproof.”

Internet publications were quick to pounce on the comment. CNet dutifully noted that the technology was “still far from perfect.” UK’s Register wrote, “We must have missed the bit where code bugs were extinct.” And Jalopnik published a blunt headline advising the Governor to, “Stop Saying Dumb S---.”

But Inslee’s comment probably serves as a good measure of a growing public belief in autonomous cars. We often hear that autonomous cars are already tooling around our roads. We also hear that automakers plan to produce self-driving cars, some with no steering wheels or pedals, by 2020 or 2021. The public hears this because it’s virtually impossible to traverse one daily news cycle without it.

Too often, though, we don’t hear that today’s “self-driving” cars are monitored by drivers with their hands positioned inches from the steering wheel. And we seldom hear that the 2020 cars will operate in limited domains – prescribed areas with favorable weather conditions. In other words, no snow, no ice, no heavy rain. Mostly, though, we don’t hear about the Society of Automotive Engineers (SAE) automated driving levels. And we don’t hear that Level 5 – full automation – is likely still a decade or more away.

In the way that news gets disseminated, there’s little room for such qualifiers. By the time information is compressed, filtered, tweaked and re-packaged, it ends up being a sentence or two on a radio or television broadcast. And that tidbit leaves the impression that in five years we’ll all be sleeping in the back seat of our self-driving cars as we commute to work every morning.

None of this hurts the auto industry, of course. If we’ve learned anything from Tesla’s position as the most valuable US automaker, it’s that hope pays. Tesla lost $889 million in 2015, lost another $675 million in 2016, and posted a fraction of Ford’s and GM’s sales over the last few years, yet its stock price places it at the top of the US auto industry in total valuation. That’s a lesson not lost on the GMs and Fords of the world. It’s all about the future.

To be sure, many Americans are still skeptical about autonomous driving. And many of those non-believers are engineers. An industry analyst who’s a former electronic controls engineer recently told me he doubts the industry’s ability to successfully make an SAE Level 4 car today. “At this stage, I’d be reluctant to ride in a vehicle that had no steering wheel or gas pedal,” he said. “At an absolute minimum, I want a kill switch that I can hit to shut it down.” He said this, despite his belief that automakers will reach Level 5 by the end of the next decade.

His comment is consistent with those of many engineering professionals, especially those who don’t have a stake in the autonomous car market. They understand the breadth and complexity of the engineering challenge, they envision all the potential failure modes in their mind’s eyes, and they’re skeptical. They’re like waiters who won’t eat in a restaurant – they’ve seen what goes on in the kitchen, and they’re having no part of it.

The problem is we’ve reached the point where the hype is galloping past the reality. And it’s partly because the word “autonomous” is losing its meaning. So for clarity’s sake, let’s recap: Today’s “autonomous” cars have drivers; the 2020 versions will operate in limited domains; and SAE Level 5 (real autonomy) is still a decade or more away.

Most important, though, is this: Autonomous cars, even those driven by governors, will never be foolproof.

Do you trust autonomous cars? Do you believe they will be successful at any point in the future? Let us know in the comment space below.

Will Electric School Buses Cultivate the Next Generation of EV Drivers?
Oct 11, 2021