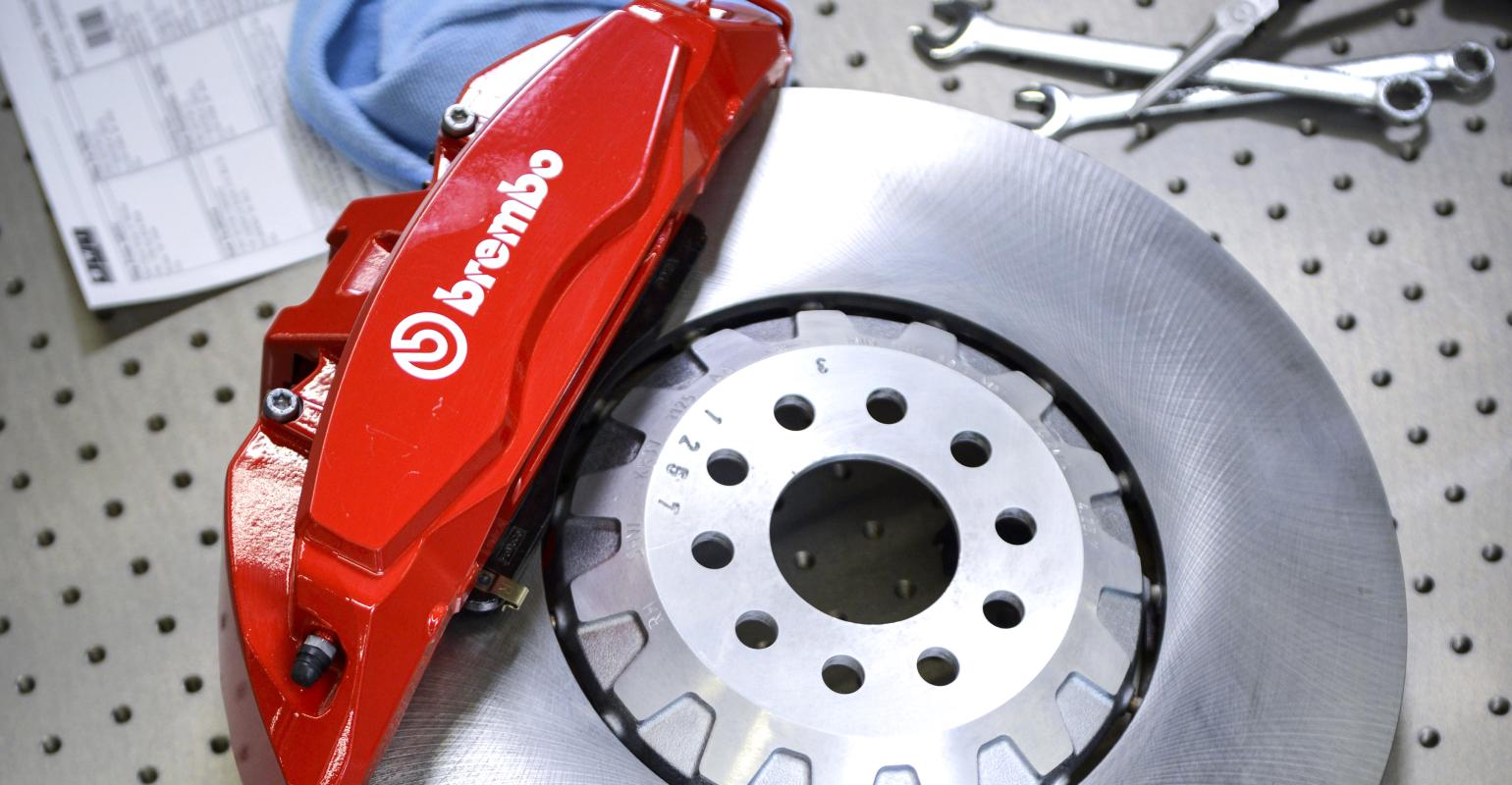 The iconic brake manufacturer aims to expand its market presence with high-performance and mainstream innovations. 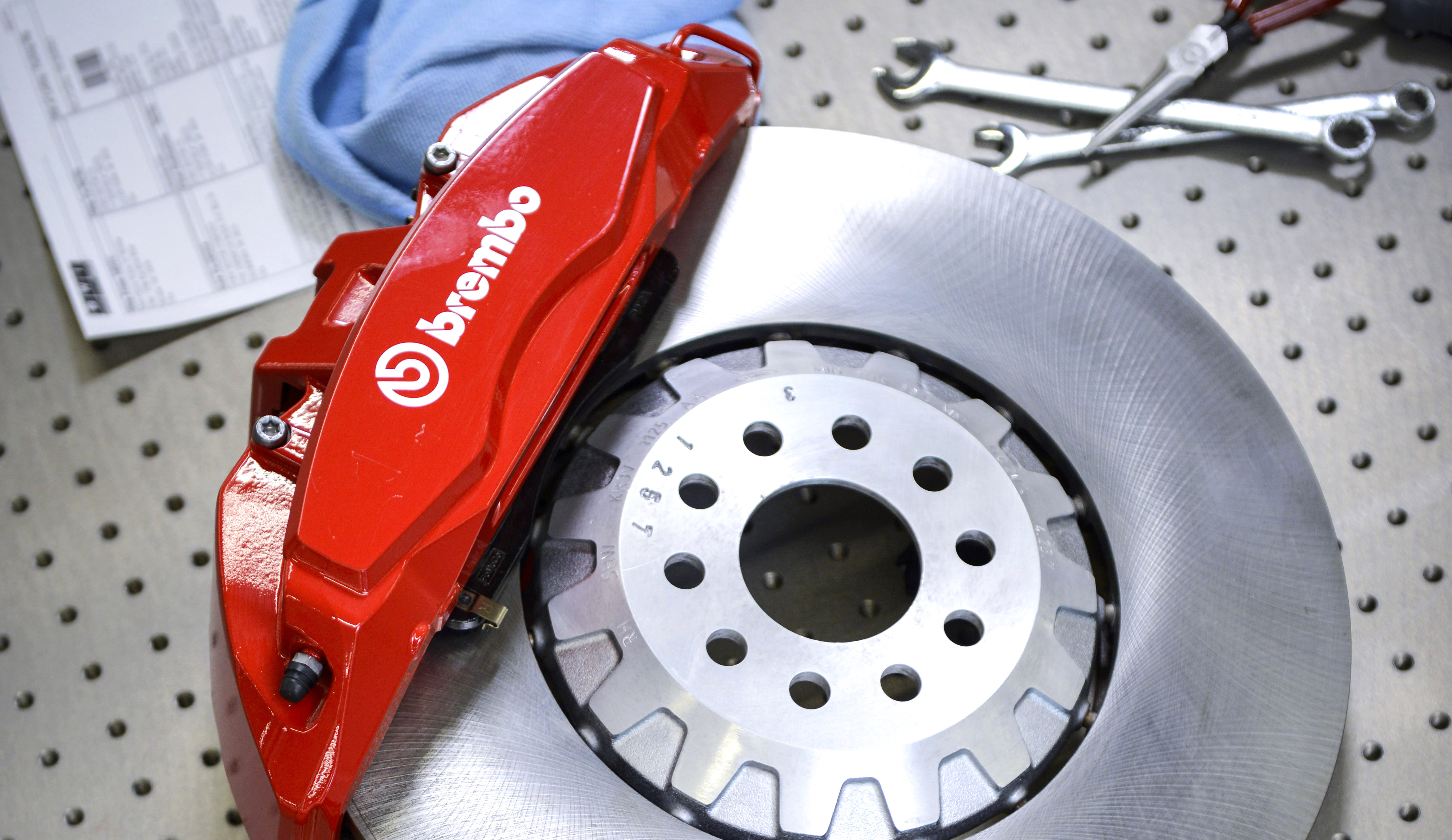 Hydraulic disc brake technology has been pretty thoroughly developed over the decades since modern caliper-style disc brakes first appeared on the Jaguar C-Type race cars for the 24 Hours of Le Mans. But that hasn’t prevented industry leader Brembo from finding areas where innovation can still improve this well-established technology.

Some of the changes have been pushed by fashion, as ever-larger wheels showcase the underlying brake hardware as a new styling element, while others are driven by performance and practicality.

Brembo’s smooth and shiny cast aluminum caliper housings look better and are easier to clean than the rough-cast iron. The brand’s signature red painted calipers have become a style accessory, like an automotive pocket square.

Some of that sleek appearance is the result of a functional difference. Brembo’s calipers are often a single casting, for maximum stiffness. That eliminates both the flex that can occur under hard braking and the unsightly bolt heads holding the caliper halves together.

The company is continuing to advance, as cars evolve and braking challenges change. Consider the massive six-piston monobloc calipers employed by the 2020 Ford Mustang Shelby GT500. The three opposing cylinder bores in the casting of the front brake calipers have staggered diameters of 34 mm, 38 mm, and 40 mm.

Brembo staggers the diameters to even out pressure and wear on the enormous 131.2 cm2 pads, explained engineer Ben Pohl. “You can optimize pressure across the pad by staggering,” he said. With calipers like those on the Porsche Cayenne Turbo having as many as ten pistons, the exact size and location of the cylinders becomes a complex math problem. “We do a lot of optimization of piston location and size,” he concluded.

The company is also pushing a shift to fixed calipers rather than floating ones that slide freely on pins. “A fixed caliper controls the clamping more precisely,” Pohl said. “There is hysteresis in floating calipers” that causes a lag in movement.

Flex of the caliper housing can be an issue, even for single-piece monobloc calipers, because of the large “window” opening in the top providing access to change brake pads. To compensate, the GT500’s front calipers have a “tie bar” over the window to reinforce the caliper. It must work, because Brembo says the GT500’s caliper is its stiffest.

Another way to improve the response of brakes in very high-performance models is to help them shed more of the heat that they generate while converting kinetic energy to thermal energy. Brembo’s new Dyadema caliper targets hypercar applications with a design that contains built-in air ducts in the caliper’s cast housing. Many high-performance and race cars duct cooling air to the brakes, but once there, the air simply blasts past the caliper. The Dyadema’s contains ducting that routs air directly past the pads, helping them transfer their heat to the air passing by.

Air is captured by the forward-facing intake scoop, blasted across the caliper through the pads, and pushed forward out the other side. This reduces the brake fluid temperature by 15 percent, according to Brembo. Brake fluid temperature is the key metric, because if the fluid gets hot enough to boil it introduces compressible gas to the non-compressible hydraulic fluid medium. This causes the brake pedal to feel soft and to travel further on each stroke, potentially leaving the driver to pump the pedal to achieve the necessary brake pressure. 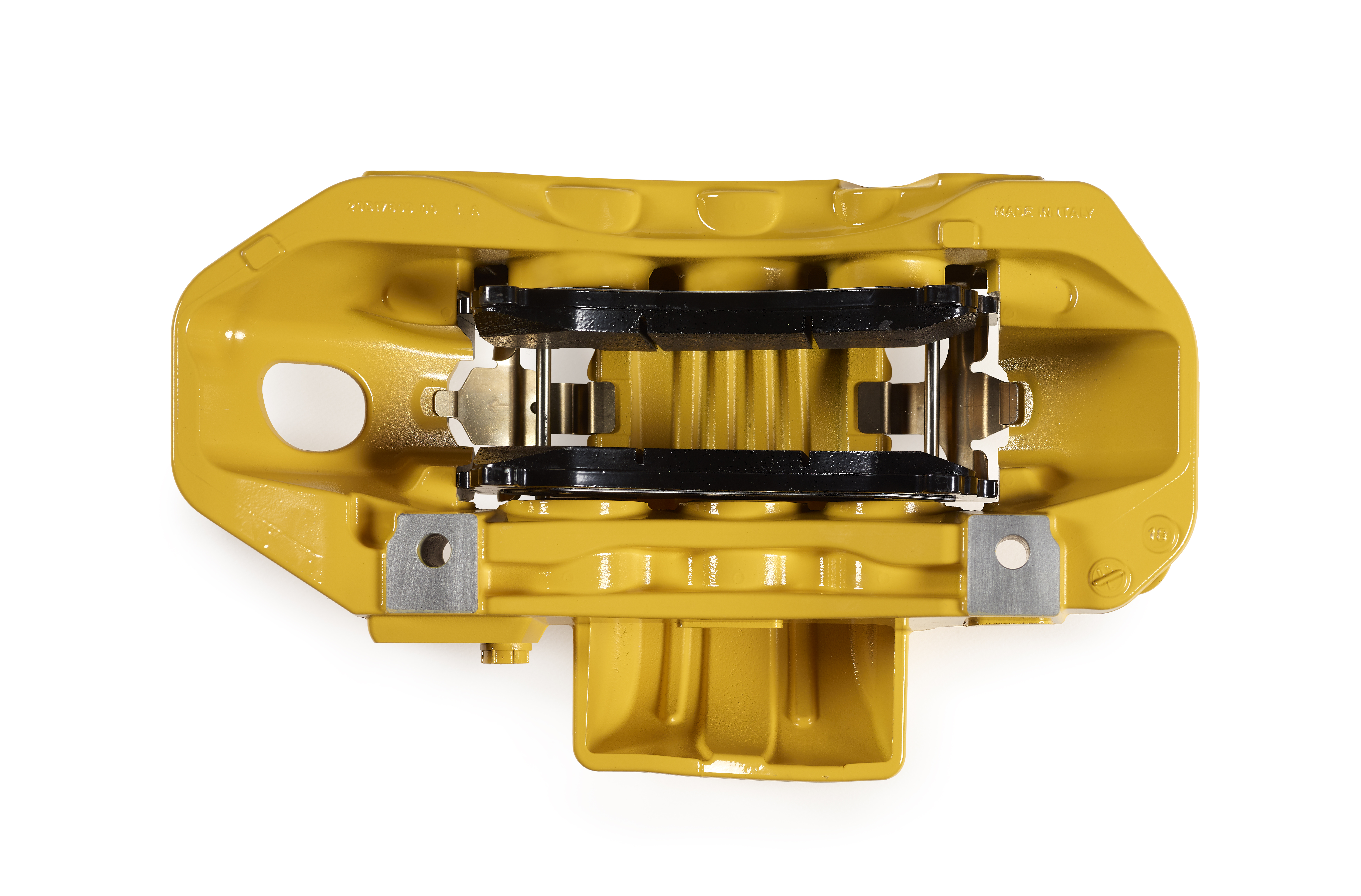 The Brembo Dyadema's air intake scoop is visible at the bottom of this photo. Image source: Brembo

Brembo recognizes that not all of us drive thousand-horsepower hypercars to work every day at race track speeds, however, so to boost the brand’s participation in mainstream market segments, it is introducing other new technologies. 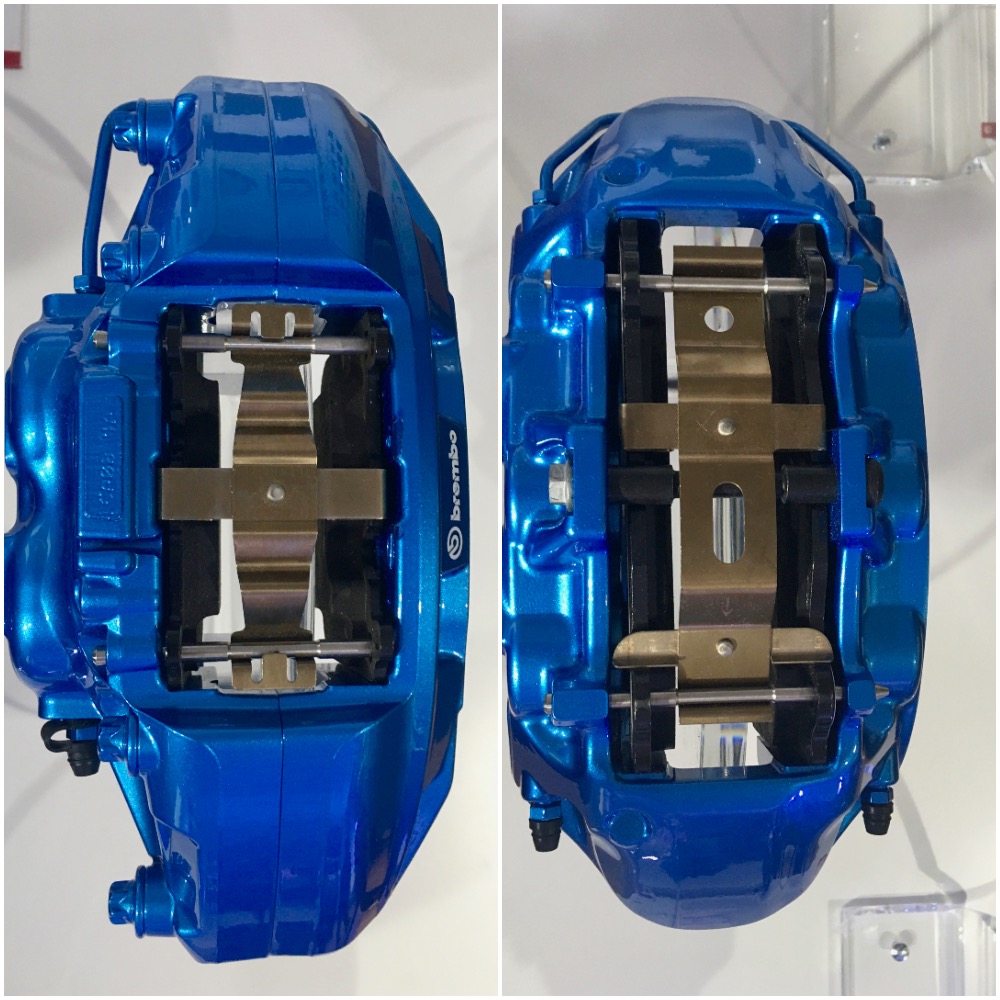 Brembo’s solution is the Flexira caliper, which is a hybrid aluminum/steel caliper that applies the ferrous material just to the part where the extra thickness of aluminum is a problem. The one-piece aluminum casting functions pretty much as before, but now there is a steel sleeve inserted on the back side of the cylinders where the pistons are, shaving some thickness from that key location.

“The real challenge is sealing all the hydraulics from the aluminum to the steel to the aluminum,” Pohl observed. How did they do it? “Through multiple iterations of each design," he stated. Try, and try again, as it were.

Another detail included with efficiency in mind for EVs is a triangular spring that helps push the pads back from the rotor to reduce drag when the brake isn’t applied.

These are the kinds of detail improvements that have let us continuously improve something as seemingly simple as a hydraulic circuit applying pressure to squeeze friction material to a spinning rotor. Next stop, according to Pohl: electrically operated disc brakes that eliminate the hydraulic fluid.