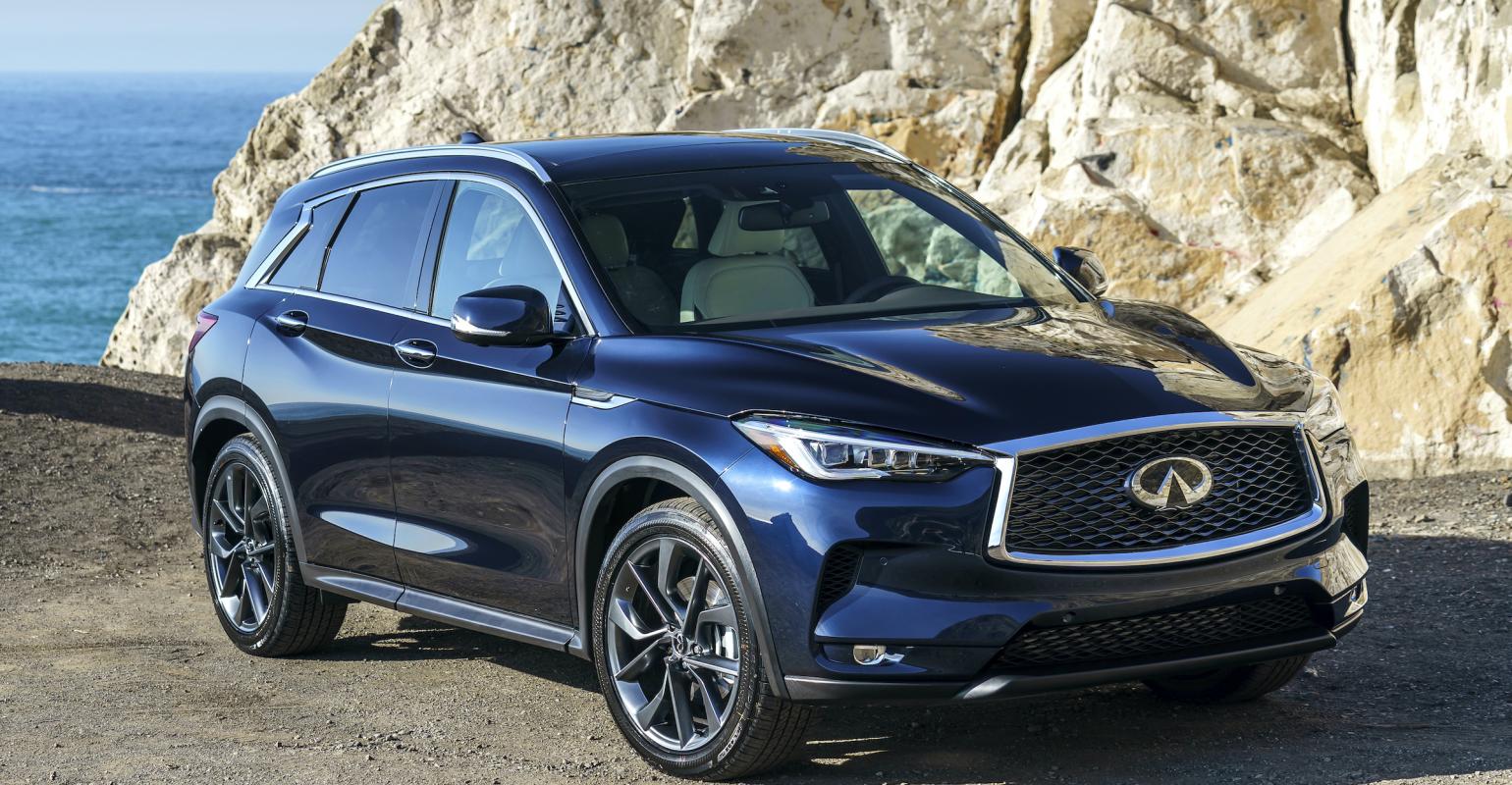 The $60,000 Infiniti QX50 Has The World’s Most Advanced Combustion Engine

The variable compression 2.0-liter seems too smooth and powerful to be a four-cylinder. 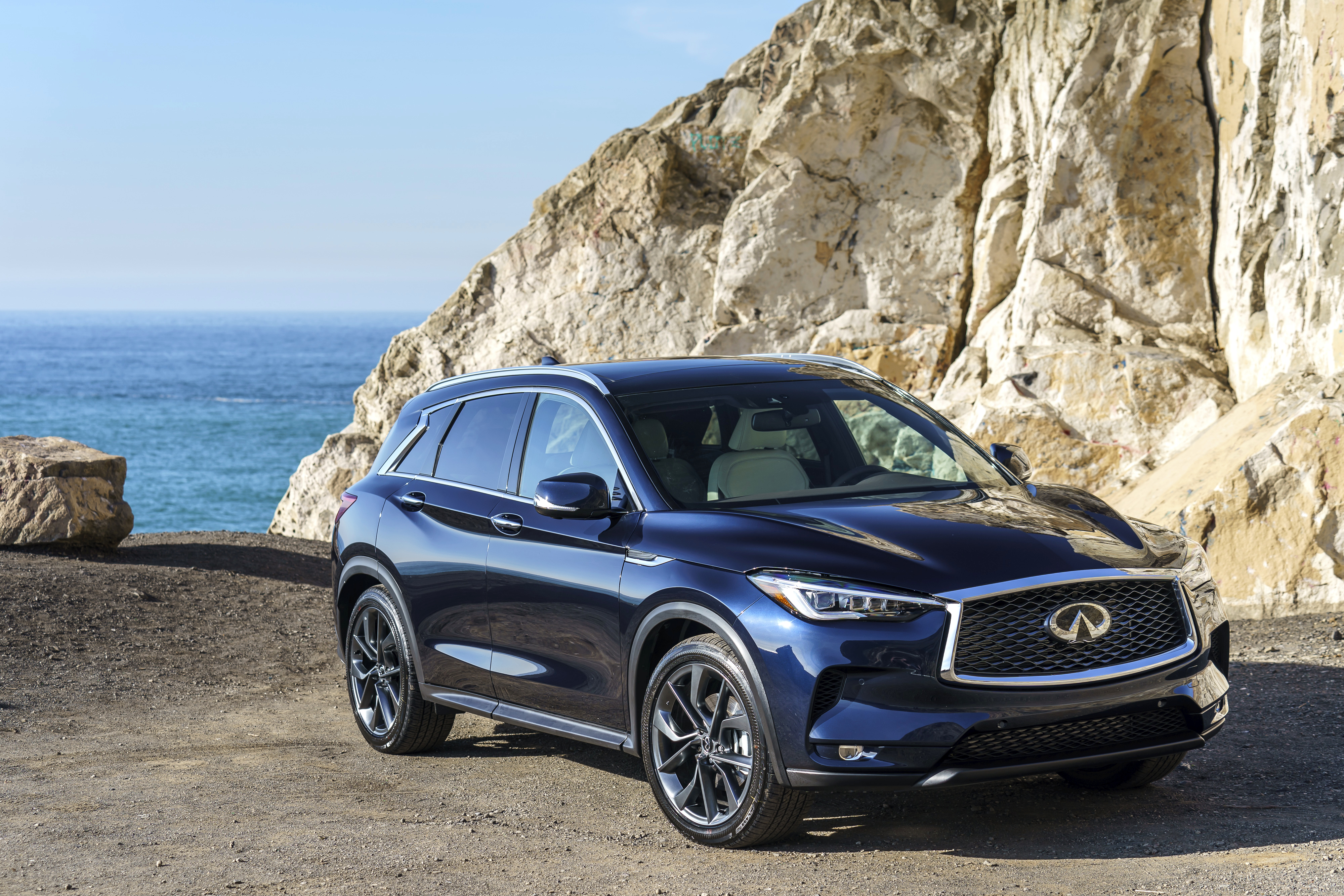 As the internal combustion engine sheds displacement and cylinders on the auto industry’s journey toward electrification, there are challenges that arise in terms of power and refinement.

Turbocharging can, and does, boost the power output of lower-displacement engines, but there’s no disguising the change as engines lose cylinders and become increasingly coarse and uncouth in the process. This isn’t a significant issue for economy cars, but luxury car drivers are accustomed to syrupy smooth engines.

Flagship models like the Mercedes S-Class and BMW 7-Series boasted silky V12 powerplants not so long ago, and now they are available with four-cylinder engines. Even these cars aren’t able to overcome the loss of cylinders, and the presence of the four-cylinder engines is most obvious from outside the car, or from inside it when the windows are lowered.

Infiniti has made dramatic progress on this issue, with the variable-compression 2.0-liter four-cylinder engine in the $60,000, all-wheel drive QX50 crossover. Infiniti debuted the world’s first variable-compression production engine last year, and when we finally got a chance to spend time driving it, we came away impressed with it. 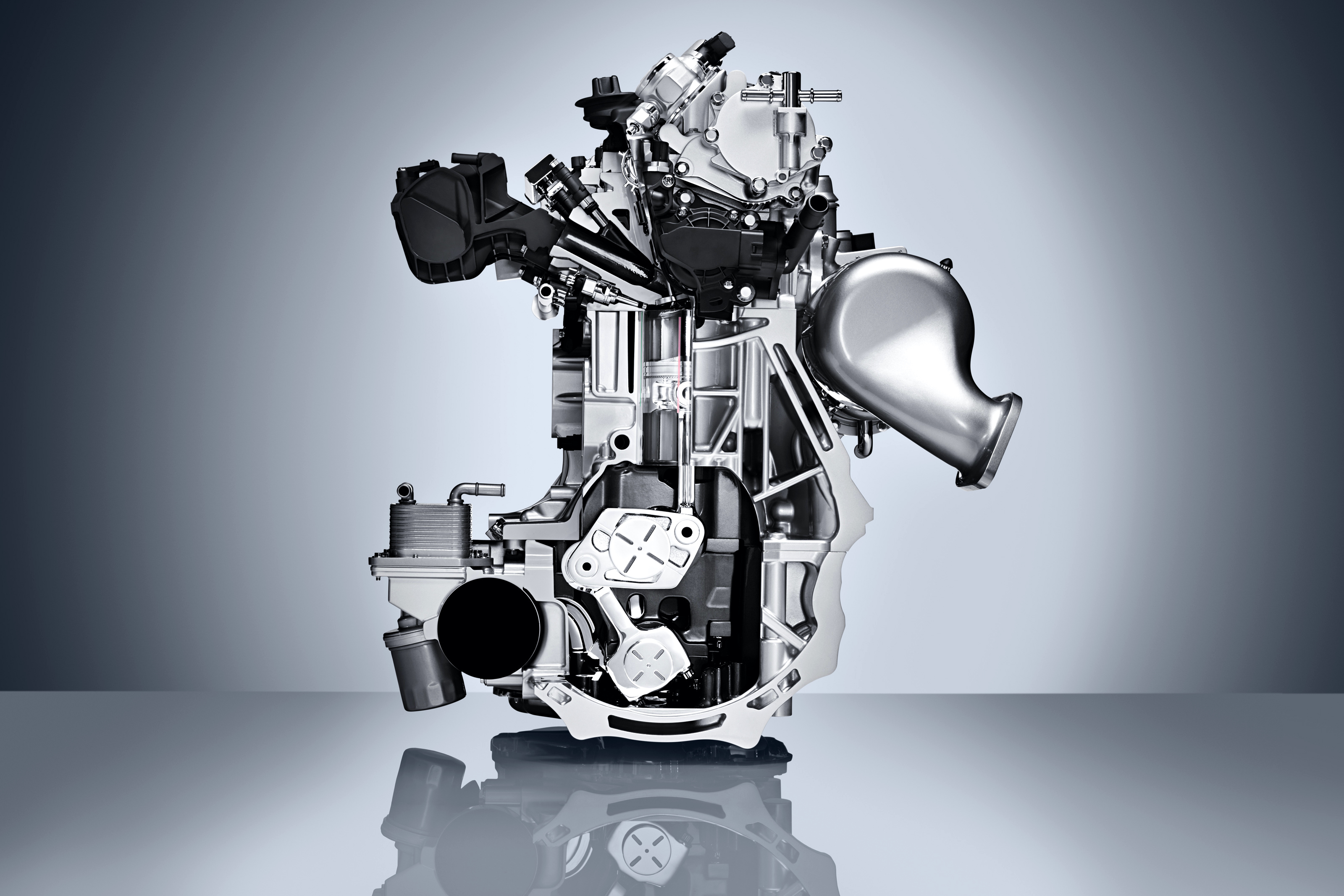 Infiniti engineers found a way to vary the stroke of the engine’s pistons by bolting the connecting rods to intermediate levers that connect to the crankshaft. By changing the pivot point of those levers, the pistons can travel further or less far, raising and lowering the compression ratio between a minimum of 8.0:1 and a maximum of 14.0:1.

Combined with a turbocharger and direct gasoline injection, the QX50’s engine is a technical masterpiece. But more importantly to customers, it delivers real-world efficiency gains and is also astoundingly smooth and quiet. A driver would be unlikely to guess this engine is anything but a V6 from its driving characteristics, because of its remarkable noise, vibration and harshness control as well as its stout power delivery.

These are among the reasons our Informa sister publication, Ward’s Automotive, named this engine to its annual 10 Best Engines and Propulsion Systems list. Horsepower is officially rated at 268, and torque is 280 lb.-ft., and the EPA scores the QX50 at 22 mpg city and 28 mpg highway, with a combined fuel economy number of 25 mpg. That was exactly the fuel efficiency we saw in mixed suburban driving and a weekend road trip. 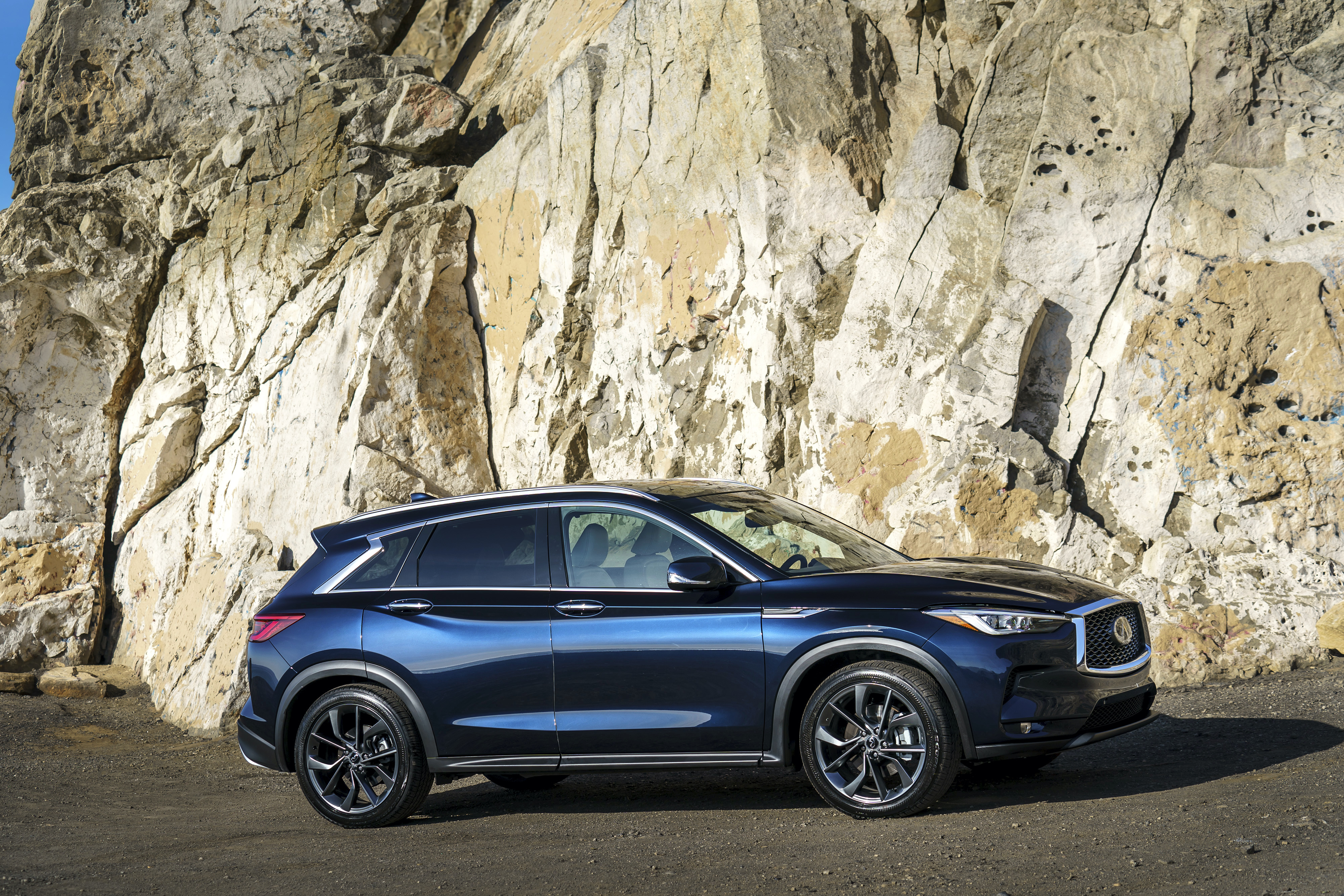 "When developing the VC-Turbo engine, we wanted to create a powertrain that had the power and performance of a far larger engine while still retaining the favorable fuel consumption of a turbocharged four-cylinder," said Jeff Pope, group vice president of Infiniti Americas. "This engine's ability to continuously adjust its compression based on driver's input allows it to provide peak performance in any given situation, making it an ideal engine for a variety of vehicles and applications."

A naturally aspirated 3.0-liter V6 would be thirstier and deliver less torque, for more sluggish around-town acceleration, which is why carmakers are switching engine designs. But Infiniti’s is the first four-cylinder to deliver those quantifiable benefits without the penalty of lost refinement. The QX50 does have active noise cancellation in the cabin, which surely contributes, but the engine also sounds soothing from outside the car too. Infiniti claims that it is 20 decibels quieter than an equivalent engine and that seems like a reasonable statement.

One common shortcoming that trips up the QX50’s engine is a common foible of direct-injected engines. At very slight throttle application, as when cruising at 25 mph through neighborhoods, the fuel injectors cycle on and off, providing a jerky character as the engine literally turns off and back on to maintain the slow speed. Some companies add secondary conventional port fuel injectors to take over in such conditions to give the engine the power delivery characteristics customers want. 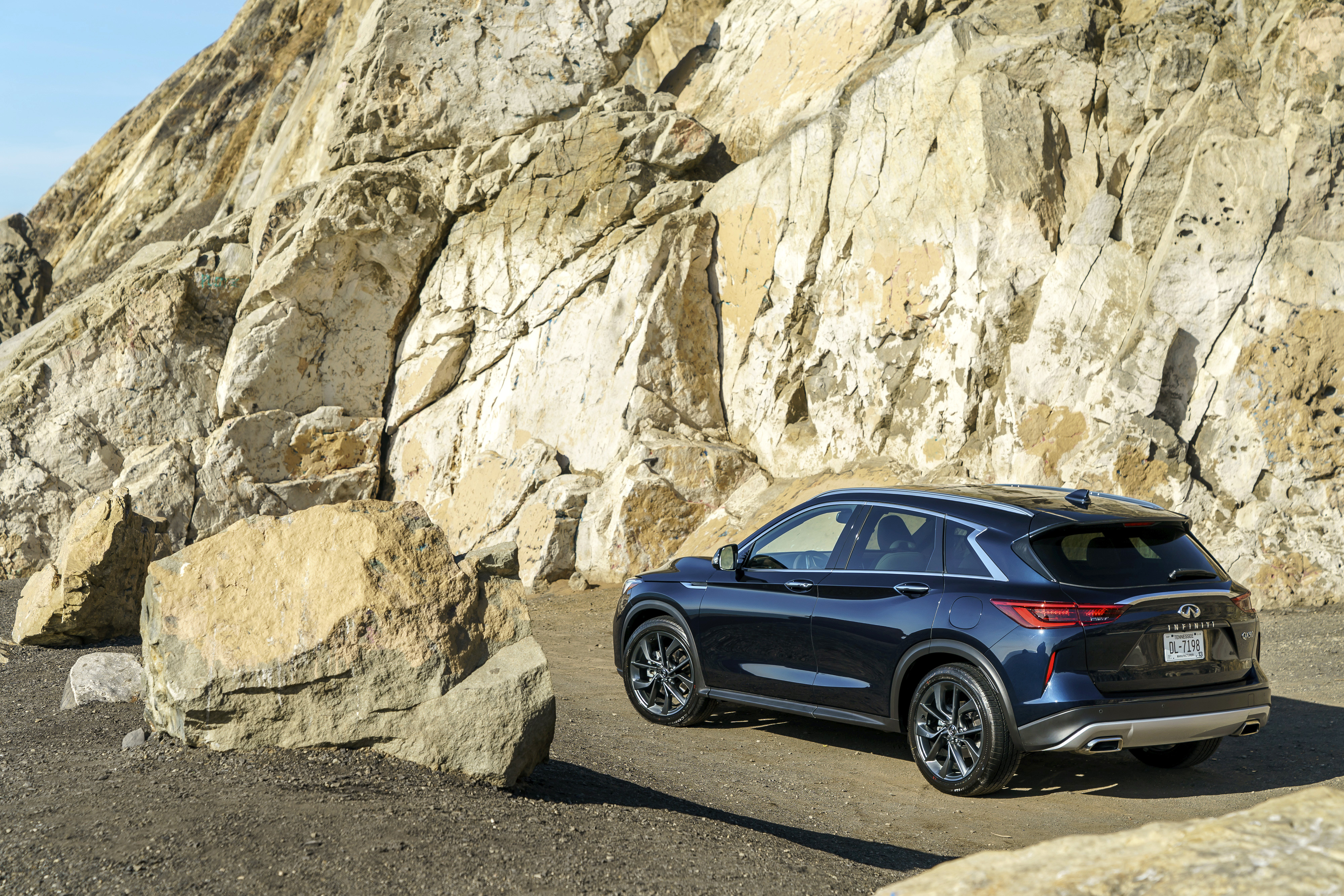 Infiniti bolts the variable-compression engine to a similarly advanced continuously variable transmission. But while the company is the first to tame the manners of a four-cylinder engine, it is unable to get the CVT to behave as well as a proper planetary automatic transmission. It isn’t terrible, like the Ford CVTs of the early 2000s that felt like maybe something was wrong as the engine revved and the car barely moved, but it still falls short of the crisp response of conventional automatics. Considering the achievement of the engine, the CVT is a letdown.

The QX50 is loaded with gadgets, including adaptive cruise control, direct adaptive steering, steering assist, traffic sign recognition and adaptive front lighting. The adaptive cruise control’s proficiency is hit and miss. At times it shows the ability to move smoothly through highway traffic, recognizing the trajectory of other cars and maintaining seamless transitions between the set cruising speed and that of slower-moving traffic ahead. And then it would suddenly do something bone-headed, like frantically clamping on the brakes when a car that has moved into the exit lane slows dramatically for an upcoming turn, even though that car is no longer in the same lane.

The QX50’s cabin is a lovely place to be, with an expansive panoramic moonroof overhead providing ambient light to the whole interior. Our test car seemed even lighter inside thanks to the optional premium leather package featuring white semi-aniline quilt-stitched leather that was accented with natural maple wood trim, blue Ultrasuede details and a brown Ultrasuede headliner. 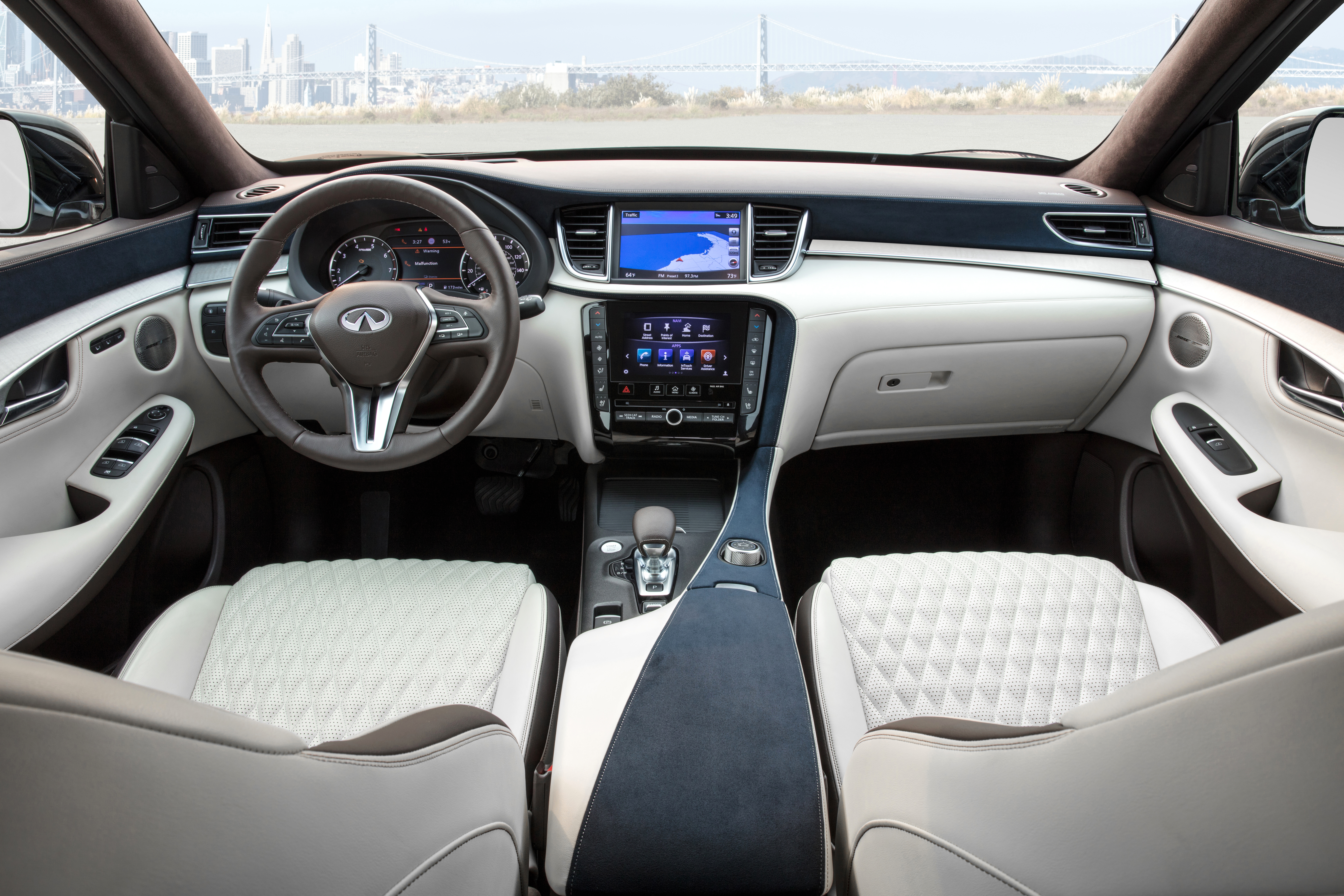 On-screen menus should be reserved for seldom-used features or set-and-forget ones that don’t change often. Using it for a daily-use feature is poor design. Similarly, the excellent 16-speaker Bose Performance Series audio system deserves an actual tuning knob for the radio to make it easier to change stations.

The QX50’s back seat is roomy and comfortable. Surely the overhead light from the sunroof helps make it feel larger than it is, but there is ample leg and shoulder room to let passengers move around a little bit and not be locked into a deep vein thrombosis-inducing position for hours.

The ride comfort is excellent, which is especially appreciated on long drives. This is something of a surprise for a vehicle equipped with large-diameter 20-inch wheels and the corresponding low-profile tires. This is compounded by the fact that the tires are run-flat rubber, which demands even stiffer tire sidewalls that are even less compliant than those of regular low-profile tires.

The posh ride is appropriate for a prestige brand like Infiniti, but isn’t necessarily always delivered by vehicles in this segment, so it is much appreciated. Along with the incredible interior and science-fiction engine technology, the QX50 is a vehicle that both engineers and aesthetes can enjoy.