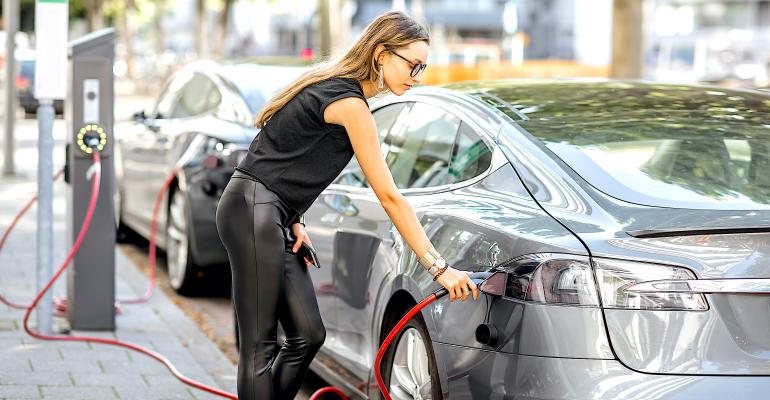 Drivers must get used to continuously topping off their EV’s battery, like they do with their phones.

As EVs shift from today’s tiny minority of vehicles to a significant portion of the U.S. vehicle fleet in the coming years, millions of drivers are going to learn new fueling habits to live with these vehicles. That’s according to Bill Loewenthal, Senior Vice President of Product at ChargePoint, which is a company that operates a network of public EV charging stations and sells at-home chargers to consumers.

We interviewed Loewenthal to learn what to expect.

What are the obstacles to an all-electric vehicle fleet?

Bill Loewenthal: While vehicle availability has been an obstacle in the past, that is quickly changing with the growing set of electric vehicles, from light duty to heavy duty and passenger vehicles, hitting the market. The obstacles that fleets are facing are occurring at the operational level with change management and planning.

For decades, fleets have fueled and routed their vehicles to and from the depot along a designated path and going electric changes some of that operation. That’s why planning should be the first phase on the journey to electrification.

Considerations for the layout of the fleet depot, electrical capacity and fueling schedule are all part of that upfront planning when you work with ChargePoint. To ensure a seamless transition, ChargePoint helps fleets plan from their pilot phase to their mixed-use state to full electrification.

When do you think that all (aside from niche specialty vehicles) new cars will be electric?

Bill Loewenthal: Everyone will either be driving or riding in an electric vehicle, and that shift is happening sooner than most people realize. The movement of auto manufacturers to electrify their vehicle offering and of governments to set mandates focused on combatting climate change, are both signals of the rapid shift to movement of people and goods on electricity. 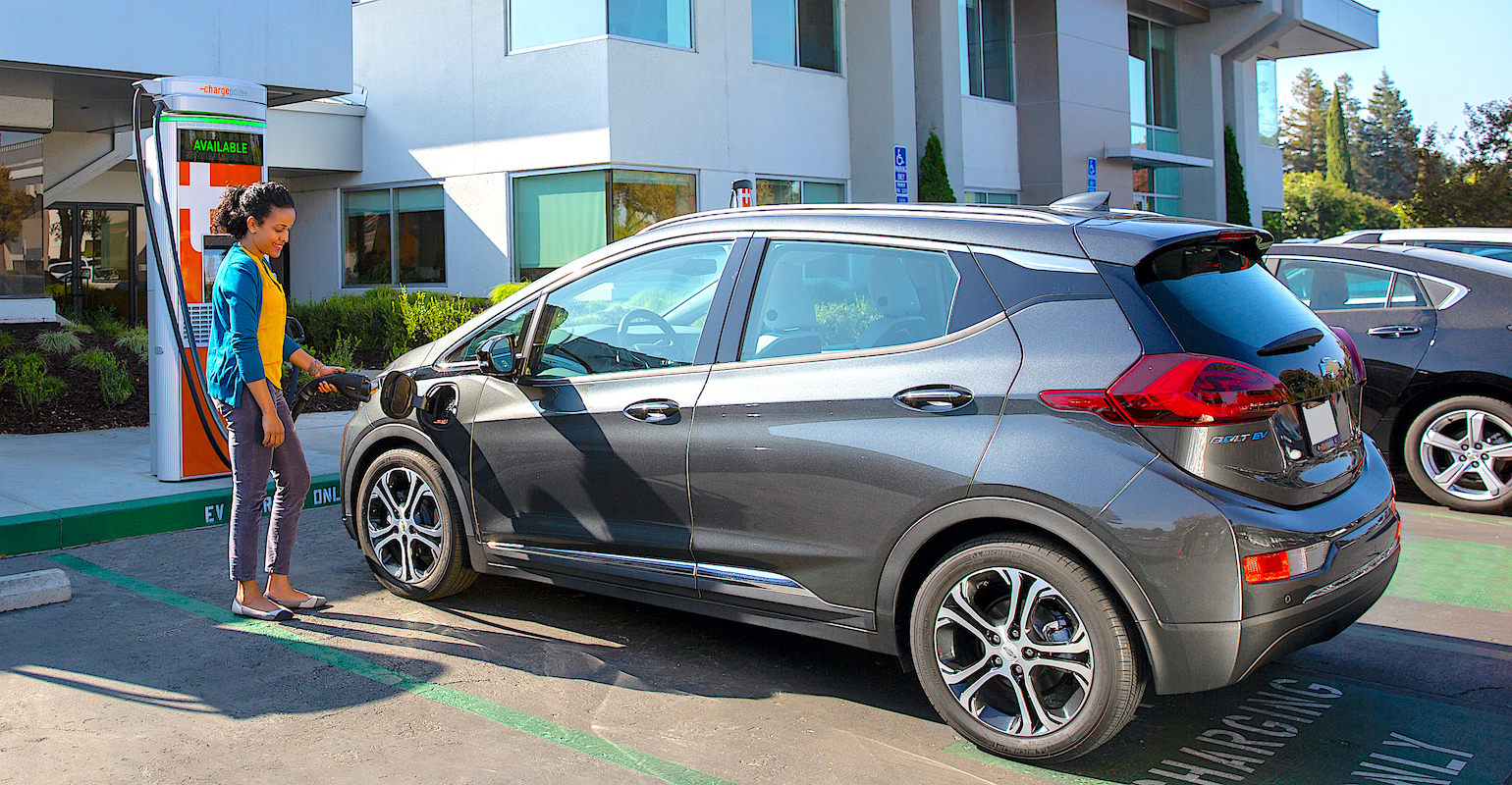 Charging at work with a ChargePoint commercial charger.

What is the information consumers need that would accelerate acceptance of EVs?

Bill Loewenthal: Drivers making the switch learn that fueling behavior changes significantly when driving an electric vehicle as compared to liquid fueling an internal combustion engine vehicle. More similar to charging your cell phone, EV drivers charge where they’re parked instead of waiting for the “low fuel” light to appear and making a dedicated trip. Topping up is the norm, with drivers traveling outside of their maximum range on a long-distance trip less than 10 percent of the time.

EV drivers will charge at home, at work, around town, while they’re doing something else. With that in mind, it’s important for drivers to understand that EV charging infrastructure will not pattern match with the gas station model. EV charging stations are more inconspicuously placed in parking lots, at retail locations, at work and can be located and accessed through ChargePoint’s mobile app or, in some cases, the EV’s infotainment system.

What are the benefits that might motivate drivers to switch to EVs?

Bill Loewenthal: There are economic benefits of going electric, including lower maintenance costs and the convenience of fueling where the car is parked for the majority of the day or overnight, instead of making a dedicated trip and burning fuel in order to fuel. In addition, the sustainability benefits to driving an EV are impactful. Since its inception in 2007, ChargePoint drivers have driven over 2.6 billion electric miles and have avoided using 107 million gallons of gas. Drivers on the ChargePoint network have avoided roughly 387,000 metric tons of greenhouse gas emissions. 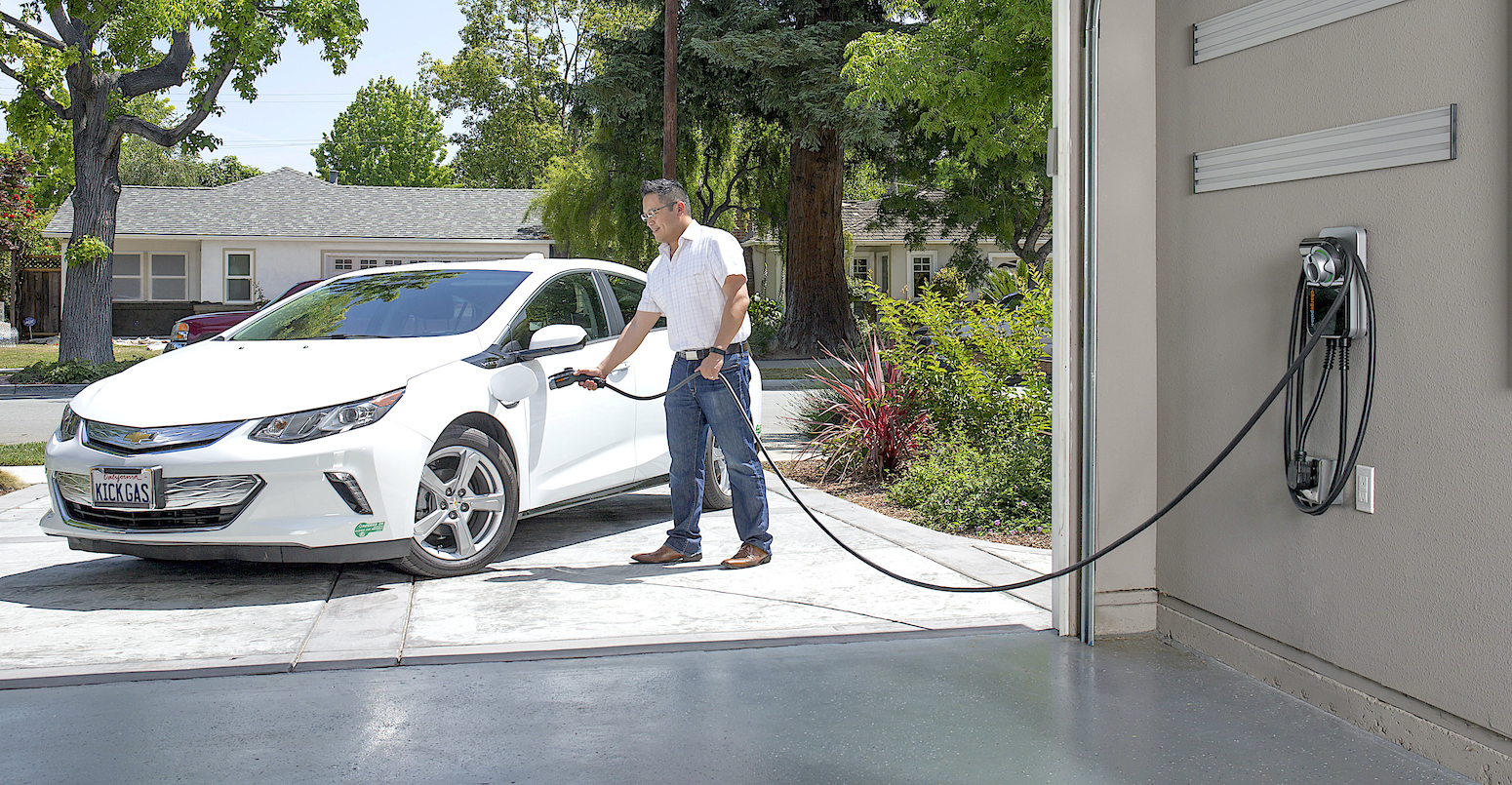 Charging at home with a ChargePoint consumer charger.

What is the future of home charging? Can Level 2 be improved, or could we see DC fast charging at home?

Bill Loewenthal: It isn’t necessary to provide a DC fast charging solution at home due to the shift in fueling behavior, as mentioned. As we know, the vehicle is parked 22 hours of the day and, typically, eight hours at home is a sufficient amount of time to top off the battery before the driver needs to depart in the morning.

Knowing more about the driver allows ChargePoint to continue striving for a seamless charging experience at home and on the road. It’s critical for the driver to fuel the vehicle at opportune times, so the ChargePoint Home Flex provides the ability to schedule charging in line with time-of-use rates from your local utility, among many other benefits.

Looking ahead, increasingly, we will likely see solar and storage as a part of the complete charging solution at home.