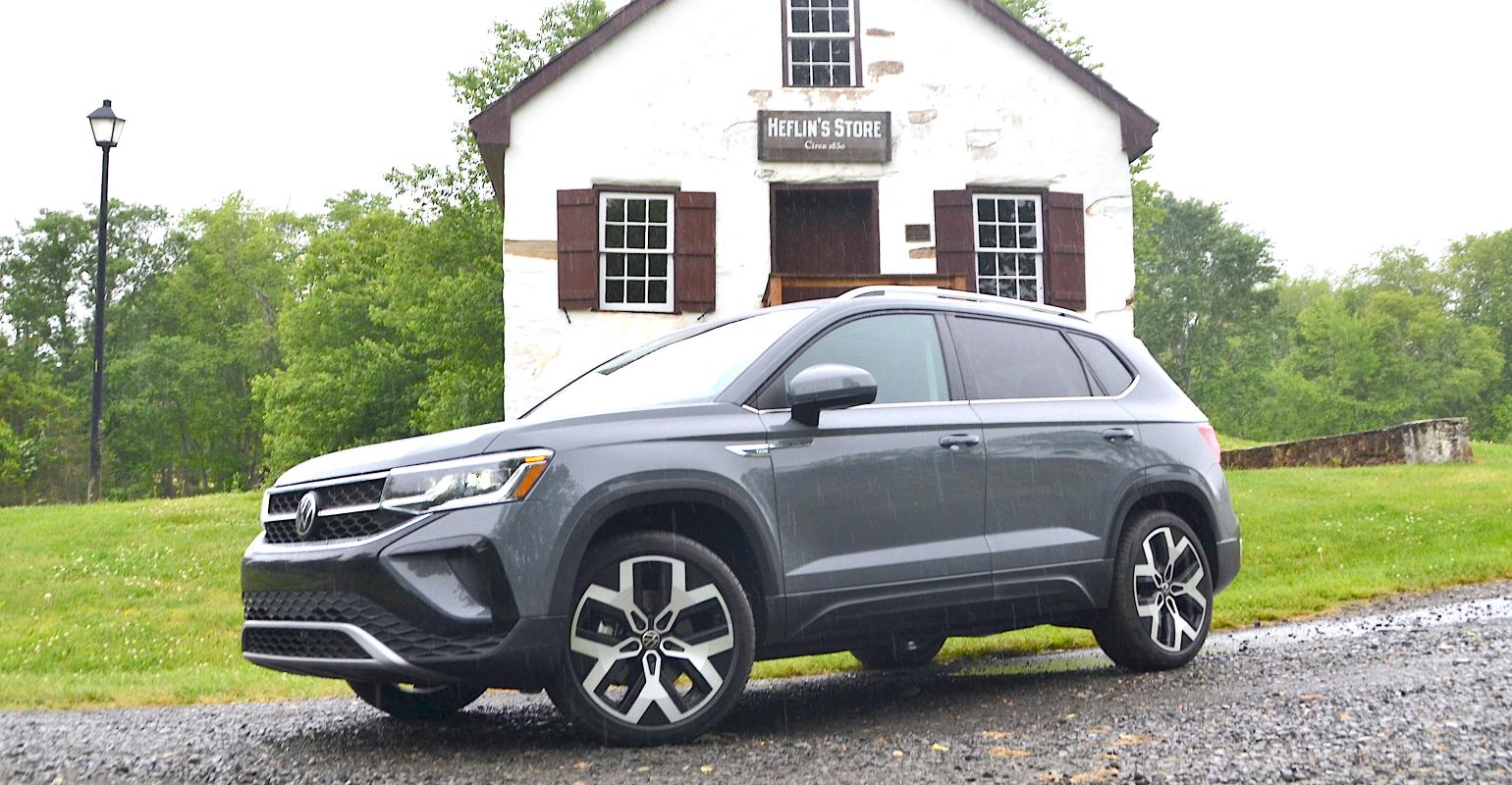 Volkswagen is breaking into the sub-compact crossover SUV market with a new model that is built on the company’s flexible MQB platform that it shares with the Golf hatchback. Unlike the Golf, the Taos is poised for big sales in the U.S., where VW’s flagship compact car has faded to oblivion after years of minuscule sales.

The familiar Golf silhouette will continue to populate VW dealers, as the company will sell specialty versions of the car, the GTI and the Golf R. Instead of regular Golf models, U.S. buyers will be able to buy what they’ve demonstrated more interest in driving: a taller crossover SUV based on the Golf’s platform.

We drove the Taos and found that the vehicle boasts commendable ride and handling when hustled over Virginia’s rolling countryside. The directness of the Taos’ steering is appreciated when there’s a dually pickup truck passing the opposite direction on a narrow, crowned country road.

Driving through heavy rain showers gave the 4Motion all-wheel-drive-equipped Taos the chance to prove its surefootedness, as it provided exactly the kind of all-weather security that most SUV buyers are seeking rather than burly Rubicon Trail-ready off-road capability.

That security comes courtesy of a BorgWarner AWD actuator that lets the Taos drive in front-drive mode most of the time and then instantly transfers power to the rear wheels as needed when plowing through a downpour. This saves gas while also providing an all-season safety net for low-traction conditions.

The 4Motion electronic control unit calculates the ideal drive torque for the rear wheels and controls delivery of that torque through a multi-plate clutch that is activated by an oil pump. The oil pump’s pressure increases the contact pressure at the clutch plates in proportion to the torque desired at the rear axle. This lets the ECU continuously vary the amount of torque going between the front and rear wheels, with a maximum of 50 percent at the rear axle, by controlling engagement of the clutch. 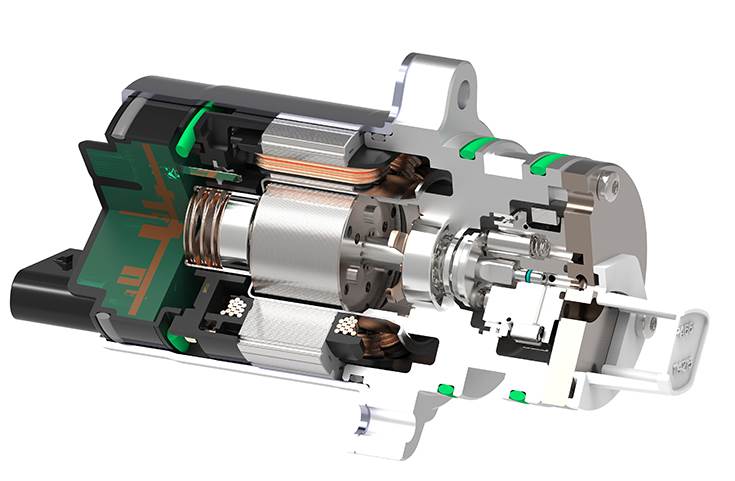 BorgWarner introduced the first generation of this system in 1998 and now delivers more than 1.5 million of these AWD couplings every year. The Taos employs the sixth-generation version of the system, which has been optimized over the years to reduce complexity and weight. This newest system is 40 percent the weight of the first-generation design, according to BorgWarner.

A significant advance for the Gen VI system is its’ patented centrifugally controlled piston pump. This is critical to the performance of the system because it not only creates pressure in the system, it also controls it. The 6-­piston axial pump’s design produces the necessary high pressure levels with greater efficiency, giving the system more accurate control of torque going to the rear wheels.

The system’s function was utterly invisible during our drive as it seamlessly applied the engine power as needed on the rain-slicked rural tarmac. If things had gone sideways somehow, the Taos’ electronic stability control system also controls power flow laterally, between the left and right rear wheels. It does this by braking the wheel that is slipping and forcing power through the rear axle’s open differential to the wheel on the other side of the car.

The power coursing to those wheels comes from the latest evolution of Volkswagen’s EA211 turbocharged four-cylinder engine. The Taos employs a 1.5-liter version of the EA211 that is rated at 158 horsepower and 184 lb.-ft. of torque. In the tested all-wheel-drive model, it drives through a 7-speed dual-clutch automatic transmission, while the base front-drive Taos uses an 8-speed planetary automatic transmission.

It is a credit to VW’s calibration engineers that we couldn’t tell the difference between the two, even though traditional planetary automatics’ torque converter normally provides smoother low-speed operation than that of dual-clutch transmissions.

The evolution version of the EA211 engine has numerous efficiency-enhancing upgrades from the original. It uses a Garrett Motion variable turbine geometry turbocharger in conjunction with variable valve timing to run a Miller combustion cycle rather than a conventional Otto cycle. In a Miller cycle, the intake valves close early in the intake cycle, so the engine relies on the turbocharger for filling the combustion chamber before that happens. The turbo’s variable geometry contributes greater efficiency and responsiveness, with reduced wastegate mass flow. It is VW’s first use of this technology in the North American market.

The Miller cycle combustion process contributes to the Taos’ high EPA fuel economy scores of 25 mpg in city driving and 32 mpg on the highway for the AWD version and 28/36 for the front-drive Taos. Because of the Bosch direction injection system that runs at an astounding 350 bar (compared to the earlier-generation engine’s 200-bar fuel pressure), the engine runs at an 11.5:1 compression ratio, which is very high for a turbocharged engine. Additionally, the engine’s cylinders are plasma coated for reduced friction, which also boosts efficiency.

None of this tech is discernable from the driver’s seat, as it comes together invisibly to deliver spirited performance. Sub-compact crossover customers are likely to make the Taos as popular as VW’s compact Tiguan and mid-sized Atlas already are, which will mean the company’s Puebla, Mexico plant will again be busy cranking out vehicles for the U.S.

This will be in contrast to the pitiful stream of Golfs that were shipped to the U.S. A new Golf would likely still surpass the Taos in its signature driving engagement, so thankfully the sport models will still be sold. But for the non-enthusiast majority of car buyers, the Taos will surely be popular. The Taos is on its way to dealers now and will go on sale almost immediately. The price for the tested high-grade SEL with all-wheel-drive is $32,685, including a $1,195 destination charge. The base price for a front-drive Taos S starts at $22,995.