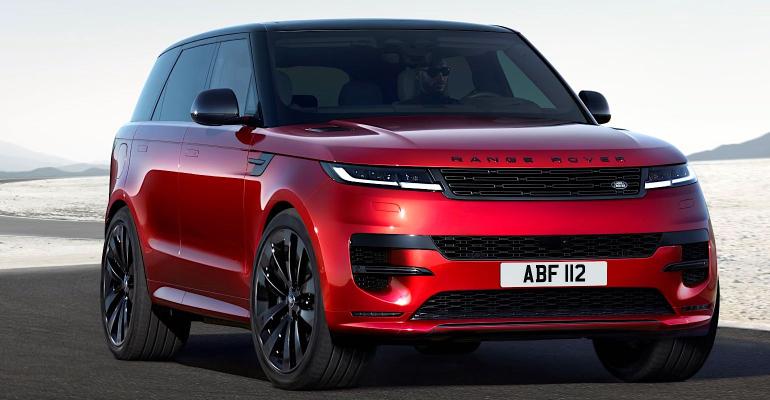 The racy-looking Range Rover Sport is one of Land Rover’s models migrating to a flexible new platform it calls MLA (Modular Longitudinal Architecture). Like the Maserati Grecale we tested earlier this year, the Range Rover Sport is built on a platform designed to bridge the gap from the combustion age to the electric vehicle age, and we had the opportunity to try the plug-in hybrid-electric version that is the first example of its shift to electrification.

The $83,000 (base price) Range Rover Sport is available in the U.S. with a twin-turbocharged 4.4-liter gas V8 engine. It produces 523 horsepower and launches the SUV from 0 to 60mph in just 4.3 seconds. It will surely please the combustion traditionalists who opt for that powerplant.

As a result, the system’s total peak output is 434 hp, which is good enough to vault the Range Rover Sport to 60 mph in 5.5 seconds. The hybrid employs the same 8-speed ZF automatic transmission and Intelligent All-Wheel Drive as the combustion model, ensuring identical capability.

Related: Land Rover has been Defending the Realm Since 1948

The hybrid’s advantage shows at the gas pump, where the EPA says the V8 will average 18 mpg, while the plug-in hybrid scores 51 mpg equivalent on its blend of gas and grid power. But the PHEV’s real trump card is its extended electric-only driving range. 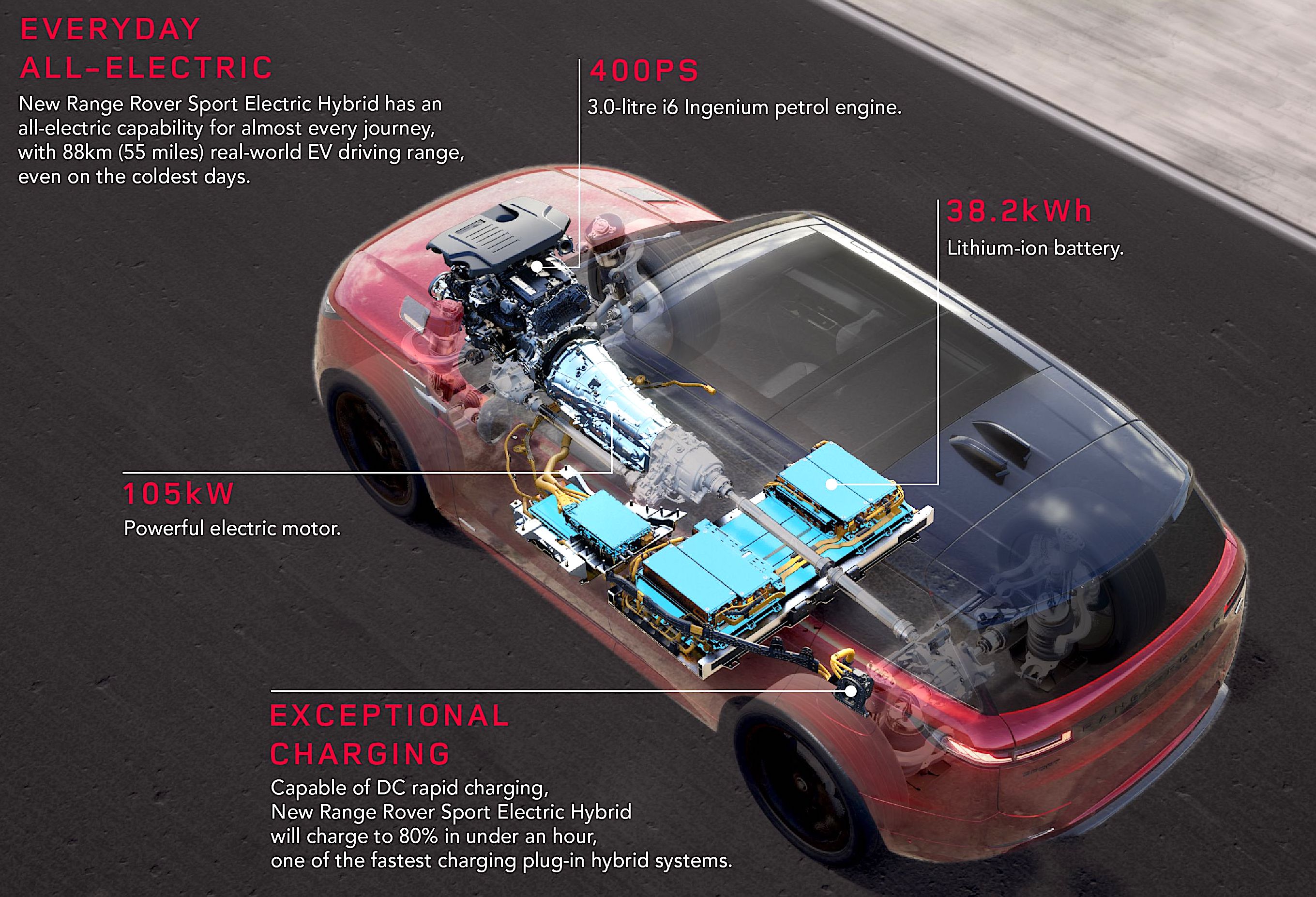 Thanks to its 38.2-kilowatt-hour lithium-ion battery pack of cylindrical 21700 cells, the Range Rover Sport can travel 51 miles on electric power alone, according to the EPA. Having a platform designed to accommodate a large battery for future battery EV versions left plenty of space for this pack, which is significantly bigger than is typical for a plug in.

“Guys in the UK have managed driving real-world to get to around 70 miles,” reported platform chief engineer Peter Bingham in an interview at the Range Rover Sport media launch in Madrid, Spain. “EPA takes into account extremes, temperature variations, etc., but yeah, we've we've got guys who are managing to exceed 50 miles. And we know from our customer journey data, that vast majority of customers will be able to make most of their daily journeys simply on EV power.” 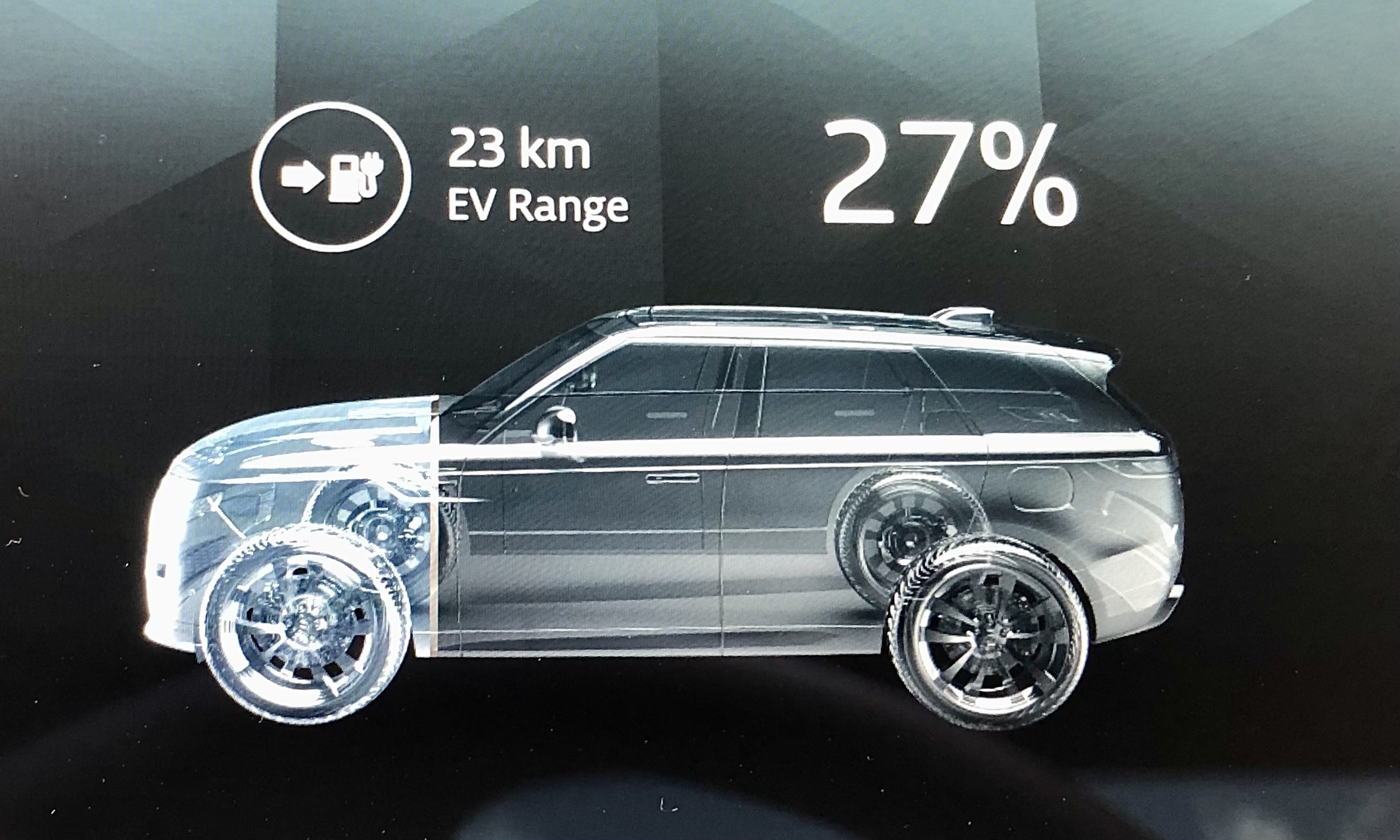 Eventually, there will be a battery-only version for drivers who want to dispense of the gas engine entirely. “It really important to us was that the platform should be set up for electrification,” Bingham explained. “We've already announced that in 2024 will be fully electrified Range Rover. The platform is already established to take full electrification in some regards.”

Indeed, packaging all the parts to build the plug-in hybrid was tougher than the upcoming EV, he said. “The hybrid is the most challenging thing. You've got to powerpacks essentially right in a hybrid so that you're balancing fuel tank volume with battery capacity with exhaust routes. I would say it's probably one of the more challenging aspects of the whole platform design.”

A benefit to drivers of the combined powertrains is that when the Range Rover Sport is using its gasoline engine, the electric motor is still there to support it with electric torque at all times, making the power delivery smooth and acceleration responsive at all times. This is especially noticeable when using cruise control, because the electric motor’s torque and precision makes it easier for the vehicle to maintain its intended speed as it traverses hills. 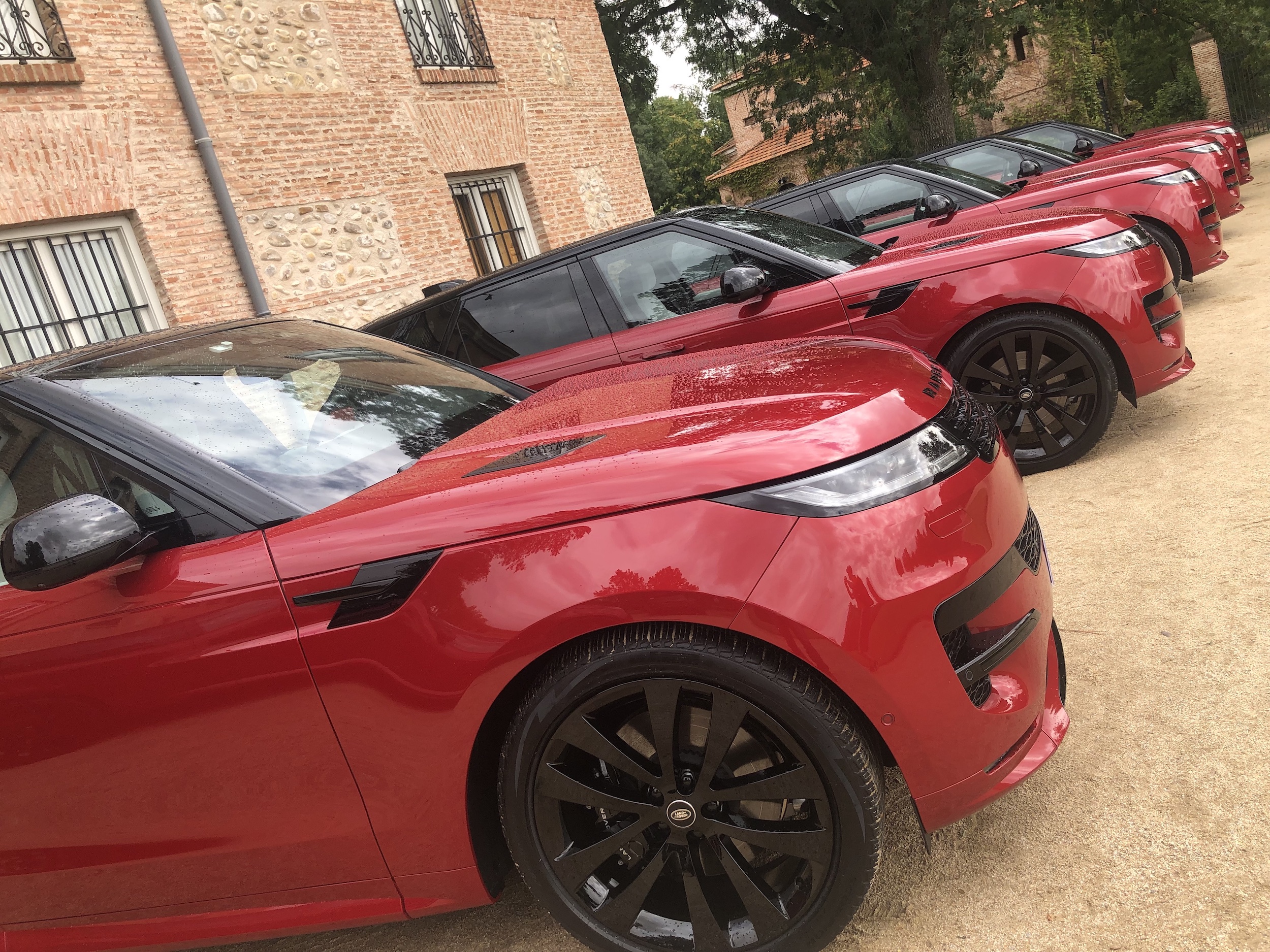 A row of crimson Range Rover Sports waits outside a Spanish estate.

As we experienced with the Wrangler 4xe, the electric power is perfectly suited to off-road driving. The silence is welcome when crawling through the boondocks, and the precise delivery of torque makes it even easier to climb over obstacles in the hybrid Range Rover Sport than the combustion version.

Another unusual detail for the Range Rover Sport’s hybrid system, in addition to its uncommonly large battery, is the ability to use 50-amp DC fast chargers to refill that large battery pack. With their smaller packs, most plug-in hybrids employ only SAE Level 2 AC charging. The Sport can charge its battery from 0 percent, a state that occurs typically with plug-in hybrids but not with battery EVs, to 80 percent in an hour with a DC fast charger. A Level 2 charger takes five hours.

A chassis detail whose benefit is apparent while off-roading, and while navigating claustrophobic urban streets, is the rear-wheel steering system. It provides 7.3 degrees of rear-wheel steering to tighten the Range Rover Sport’s turning radius to that of a smaller, shorter-wheelbase vehicle.

An added benefit when snaking around trail obstacles like trees as that the rear wheels steer away from the inside of turns, making the Sport less prone to scrape on trailside objects on the inside of turns. As is typical, the rear-steer system reverses its function at highway speeds, steering in parallel with the front wheels for added stability.

The Range Rover Sport also debuts a new two-chamber version of the company’s air spring system. The Dynamic Air Suspension system works by varying the pressure within the chambers to deliver both traditional Range Rover comfort and the dynamic handling expected from the Range Rover Sport. The system even uses eHorizon navigation data to monitor the road ahead to it can pre-emptively prepare for upcoming turns.

One of the systems that can help cope with curves is the Dynamic Response Pro, which is a 48-volt electronic active anti-roll bar system. It can apply as much as 1,000 ft-lbs. of torque across each axle, keeping the body flat in corners while allowing a cushy ride on straights.

“Integrated Chassis Control governs the comprehensive suite of innovations, coordinating everything from the latest switchable-volume air suspension system to our Dynamic Response Pro electronic active roll control. The result is the most engaging and thrilling Range Rover Sport ever.”

That was certainly our experience driving the racy new version of the budget-priced Range Rover. Drivers who don’t need the additional space in a regular Range Rover will probably be very happy in the slightly more compact Range Rover Sport.