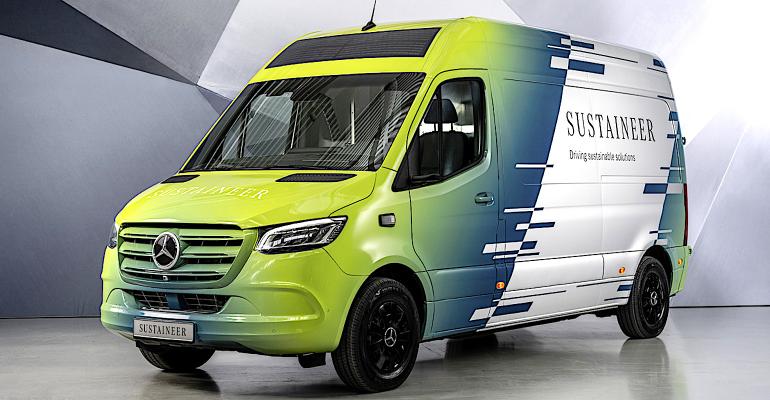 The Mercedes-Benz Sustaineer concept electric delivery van.
The electric van has particle filters that collect pollution when the van is in motion.

Shifting delivery vans away from diesel engines, which produce excessive volumes of oxides of nitrogen and sooty carbon particulate matter, to electric power can make an immediate improvement to urban air quality.

But it will be a long time before delivery fleets are fully electrified, and even then, vehicles’ brakes and tires continue to produce particles that pollute the air. That’s where the Mercedes-Benz Sustaineer van comes in. The company has fitted the van with a pair of filters that catch fine particles.

The one at the front, where the grille would be on a combustion vehicle is the most obvious, but the engineers have also slipped another beneath the rear end of the van, where it can vacuum the particles that are kicked up from the road.

Mercedes partnered with German filtration specialist MANN + HUMMEL for the filters, which must be replaced annually. It also installed low-rolling-resistance tires, which are harder and produce fewer rubber particles, and low-wear brake materials, which also release fewer particles.

A fan on the front filter means that system is effective not only while driving at low speeds, but also while the van is stationary for charging. It contributes to a 35 percent reduction of fine particle pollution in the vicinity of the van. These are particles as small as 10 micrometers in size (PM10).

The underside filter catches another 15 percent of local particles, for a combined 50 percent reduction in particle pollution around the van. This is an average, and the system is more effective in more densely polluted air. So the places that need the air cleaned the most are where the Sustaineer’s filters work the best. 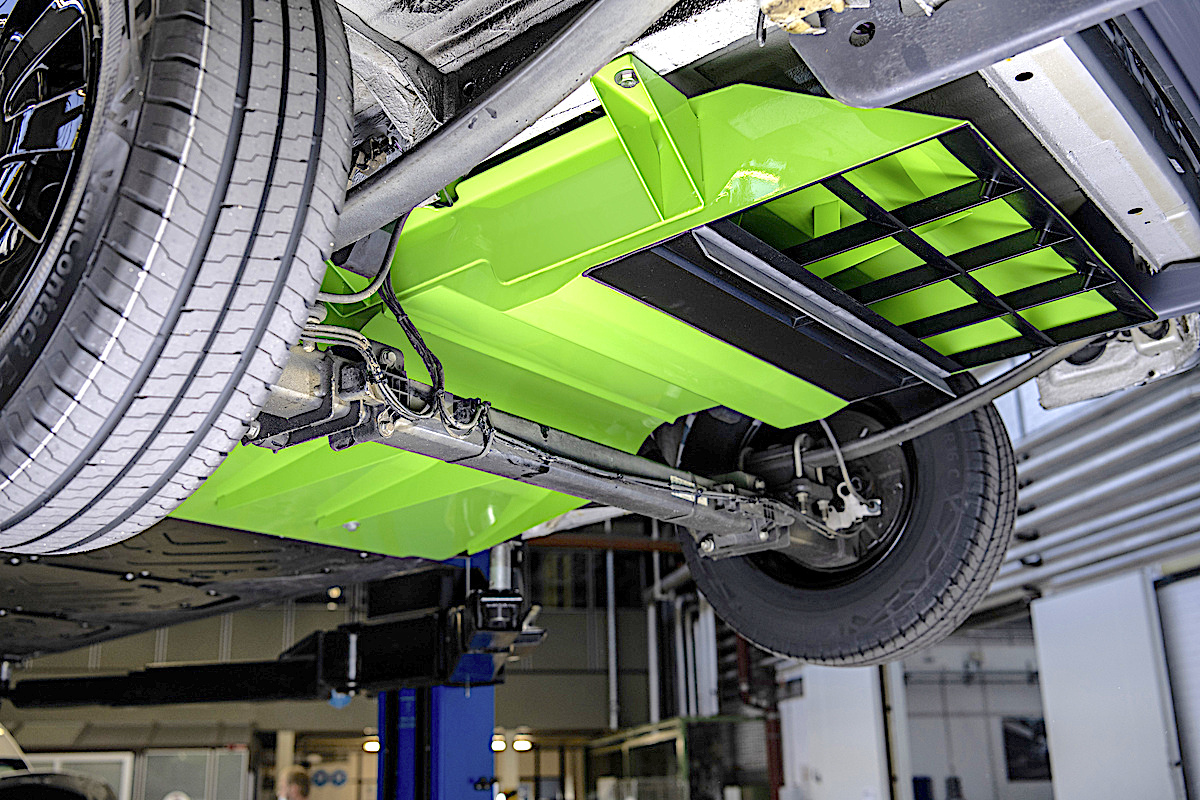 As an EV, the van also helps by not adding to the pollution with engine exhaust. And the brake rotors are ceramic coated cast iron. This, combined with the regenerative braking from the electric drive system effectively eliminates wear of the brake rotors and its resulting particle pollution.

An 850-watt rooftop solar panel is another item that aims to boost the Sustaineer’s efficiency. That isn’t enough power to propel the van very far, but it is enough to help run climate control systems. It can be hard to heat the large volume of air inside a delivery van, so Mercedes aims to heat the driver directly instead.

In addition to the familiar heated seats and steering wheel, the Sustaineer has a heated seat belt. Mercedes claims that the belt’s chest strap is more efficient at transferring heat to the driver than a seat heater. And it draws little enough power that we can reasonably point to that as an accessory that could be powered by the solar array on the roof.

Every little bit counts, whether it is heating the driver with solar power or vacuuming particulate pollution from urban streets.