How Dangerous Are Burning Electric Vehicles? 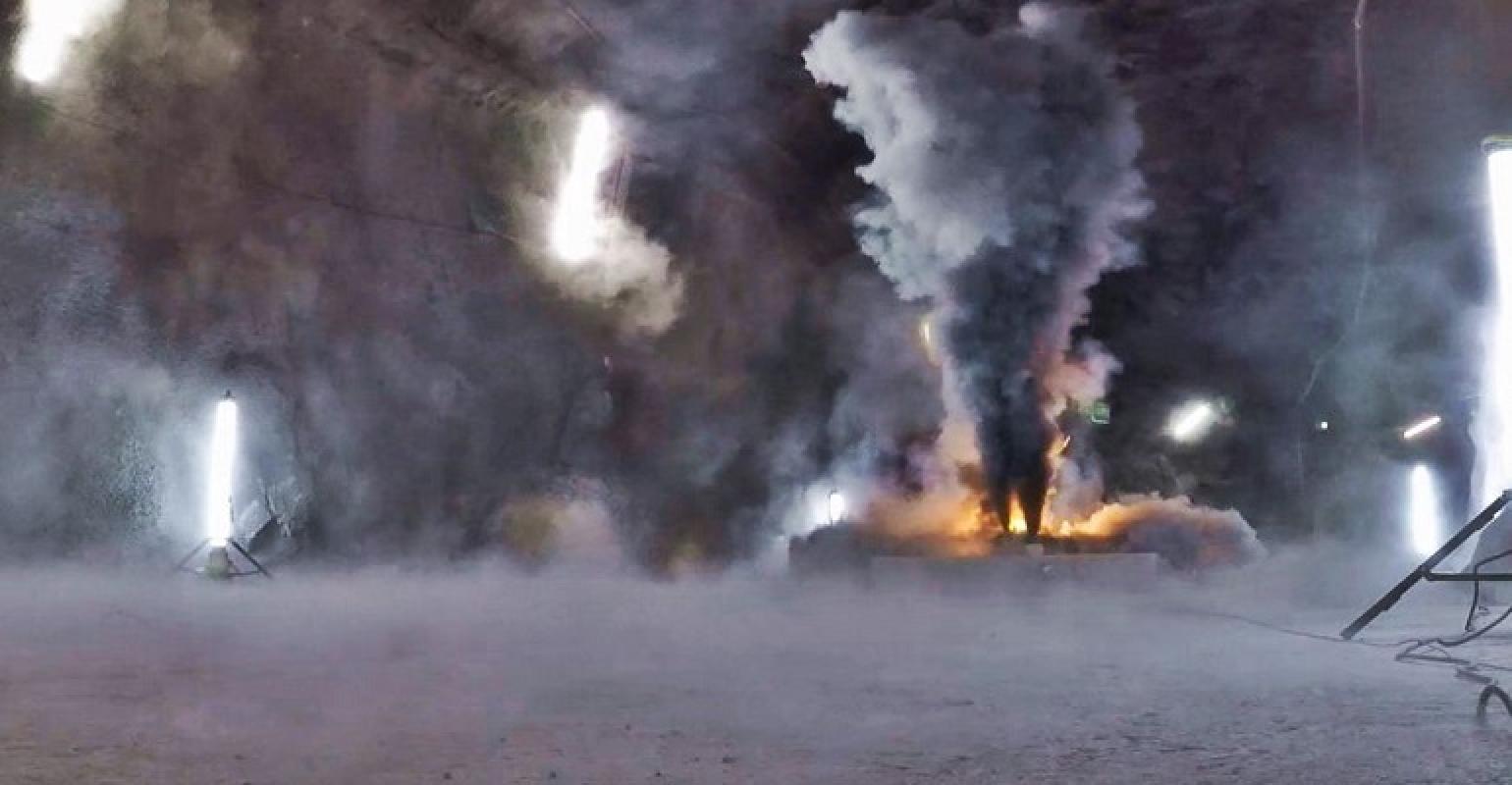 During a fire, a battery module of an electric vehicle develops large amounts of soot, which contains toxic metal oxides.
Swiss researchers find out with experiments that set electric vehicle batteries on fire in various scenarios.

The dangers of lithium-ion batteries, like those used in smartphones and electric vehicles (EVs), catching fire or exploding has been well-publicized.  But the true impact of an EV battery catching fire and the dangers that could result aren’t known on a wide scale, which remains a question mark as they become more widely adopted.

To find out, researchers in Switzerland set EV batteries on fire in a series of experiments to test the potential for damage and disaster in the case of EVs catching fire in parking structures or a tunnel.

What they discovered is that while in some cases, electric vehicle battery fires are no more dangerous than other types of car fires, the smoke and soot they give off contains toxic metal oxides that cause a messy clean-up operation and hazardous environment in the wake of the fire.

Related: EVs Are Made Of This- REDUX

Researchers tested electric vehicle fires in three controlled scenarios: a fire in an enclosed space, a fire in a room with a sprinkler system, and a fire in a tunnel with ventilation to see what the effects would be.

"We installed test surfaces in the fire tunnel on which the soot settled," explained Martin Tuchschmid, corrosion and fire damage specialist at Empa, in a press statement. "After the test, the surfaces were chemically analyzed and also stored in special rooms for several months to detect possible corrosion damage."

In the first scenario, researchers set fire to a fully charged battery module with 4 kilowatt-hour (kWh) capacity in a room with 250 cubic meters of air volume. The tests investigated how the soot might settle on tunnel walls, surfaces, and on protective suits worn by firefighters on-site, how toxic the residues would be, and by what means the fire site can be cleaned after the event.

The second scenario was similar but aimed to test how the chemical residues in the extinguishing water from sprinklers in the room where the EV was set on fire, researchers said. The set-up was the same; however, this time, the smoke from the battery was channeled with the aid of a metal plate beneath a water shower that resembled a sprinkler system.

Researchers collected the sooty water that rained down in a basin while the battery burned out completely. The flammable electrolytes of an electric car battery produce flash fires that can’t be extinguished; instead, the modules must be cooled with large quantities of water to contain the fire.

In the third scenario, researchers again set fire to a 4 kWh battery module, but this time a fan blew the smoke at a constant speed into a 160-meter-long ventilation tunnel. This test was aimed at discovering what effect the fire would have on the ventilation system, researchers said.

To do this, researchers installed metal sheets where the soot would settle 50, 100, and 150 meters from the fire site and then analyzed the chemical composition of the soot and possible corrosion effects.

In terms of heat development, a burning EV is not any more hazardous than a burning car that uses traditional fossil fuels, researchers found, adding that fire brigades do not have to learn anything new to handle EV fires on the basis of the tests.

"The pollutants emitted by a burning vehicle have always been dangerous and possibly fatal," according to the report. Moreover, the corrosive, toxic hydrofluoric acid produced by the battery fires did not cause any more ill effect than any other type of burning material, remaining below critical levels in the tunnel scenario.

Thus, they concluded that any parking structure with state-of-the-art ventilation can cope with a burning EV the same as it would with a gasoline or diesel vehicle fire, according to the report.

However, there were some hazardous results to the test unique to car fires when an EV is involved, the research found. One is that in the case of a situation in which a sprinkler system or extinguishing water is used to put out the fire, that water is toxic.

The analysis demonstrated that the chemical contamination of the extinguishing water exceeded the threshold values for industrial wastewater in Switzerland by a factor of 70, going up to even 100 times above these values, according to the report. This makes it essential that this water does not enter a local sewage system.

Moreover, any fire in which EVs are involved will require professional clean-up in protective gear because of the hazardous materials found in the soot and ash, said project leader Lars Derek Mellert of Amstein + Walthert Progress AG.

"Do not try to clean up the soot and dirt yourself,” he said in a press statement. “The soot contains large amounts of cobalt oxide, nickel oxide, and manganese oxide. These heavy metals cause severe allergic reactions on unprotected skin."

Videos of the researchers’ tests can be found on YouTube.