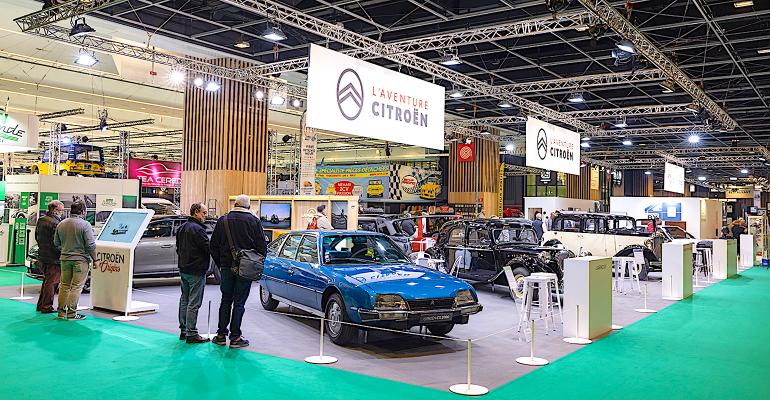 Start Slideshow ›
The Citroen booth at Retromobile Paris 2022.
After a pandemic-induced hiatus, the Retromobile classic car show returned to Paris and Citroen celebrated by displaying some of its coolest classics.

The company also showcased its futuristic My Ami buggy concept and showed the production C5 X to the public.

Related: The 15 Coolest Classic Cars From The Paris Retromobile Show

When the BX debuted four decades ago, it was at the Paris Motor Show, not at the Retromobile classic car event.

The Marcello Gandini-designed machine was the talk of the show, and naturally, it backed up those zoomy lines with characteristically adventuresome technology, such as its hydro-pneumatic suspension system.

Perhaps in 40 years the C5 X will be as well regarded. For now, click through the photo gallery to take a look at the cars.