Ready for a Breakthrough? This Robot Rolls Uphill and Climbs Stairs 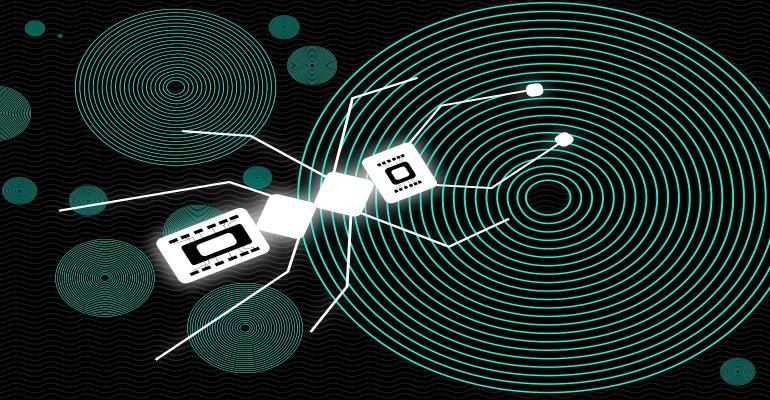 Objects made of liquid-crystal elastomer showed autonomous movements in response to stimuli that were surprising.

Researchers have fabricated self-assembling soft robots that can move in surprising and nimble ways when heated, rolling uphill, and navigating stairs among their autonomous capabilities.

A team from Tianjin University in China fabricated the robots through 4D printing, creating an object that moves in response to stimuli. In the case of the soft robots developed by materials scientist Wei Feng and his team, the stimulus that elicited a movement is heat.

Related: Are Soft Robots That Can Burrow Underground a Benefit or an Alien Horror?

The initial phase of the robot is as a flat, rectangular sheet of a 3D-printed liquid crystal elastomer, which is a type of stretchy plastic material. When the surface below the robot is heated, it will transform spontaneously into a tube-like object, similar to a spring, they said. This adds time as the fourth dimension to the printing process, hence the robot’s fabrication by 4D printing.

Researchers developed 4D-printed soft robots out of a liquid-crystal elastomer that moves in various ways autonomously in response to heat.

After forming into its first autonomous shape, the heat causes the robot to move in other ways—some of which surprised researchers, Feng said. The robot can roll in one direction, with the driving force behind the movement so strong that it can climb up a 20-degree incline or even carry a load 40 times its own weight, he said.

“Like an insect with antennae, the robot can surmount a small obstacle. But when the obstacle is too high, it will turn back,” Feng said in a press statement. “The whole process is spontaneous without human interference or control.”

Researchers found that the length of the robots they printed affected the speed with which the heat caused them to roll; longer robots rolled faster than shorter ones.

The length of the robot affects its velocity, with longer robots rolling faster than their shorter counterparts. This was demonstrated in tests in which robots of various lengths raced each other, researchers said, documenting their antics on video. One robot even was shown pulling a cart.

The soft robots even changed behavior based on their surroundings, Feng said. When a robot would encounter an insurmountable obstacle, for example, it would either change directions or climb of a step, for example.

All in all, how the robots behaved was not exactly what researchers expected when they decided to print elastomers and see how they would respond to various stimuli, Feng acknowledged. We found many interesting driving phenomena besides deformation,” he said in a press statement.

Feng and his team envision that the robots could one day be used to perform work in small, confined places where it would be difficult for humans to enter or move, such as in a pipe. The robots also could be used to access and perform tasks on extremely hot surfaces that would be dangerous to humans, he said.

Feng also hopes the work can inform future robotic design to create soft robots that have more freedom of movement, he added.

“We hope that soft robots will no longer be limited to simple actuators, which can only change shape in a fixed position,” Feng said in a press statement.