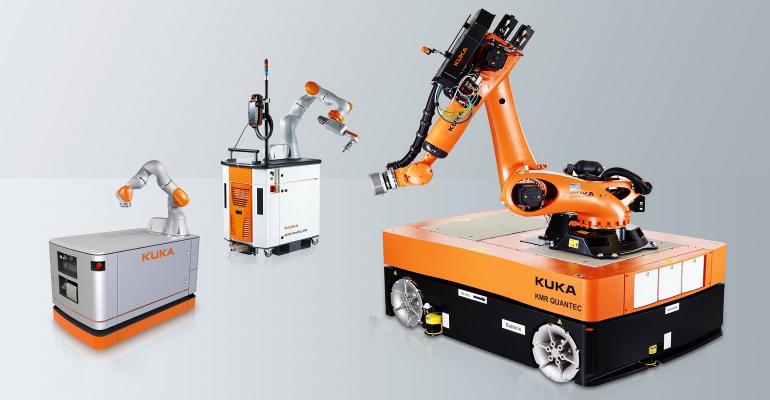 We keep hearing news about increases in the deployment of automation equipment during the pandemic. The latest research shows that the mobile robot market was not adversely impacted by COFID-19.

According to a report from Interact Analysis, revenues from mobile robot sales and shipments grew significantly in 2020 compared to 2019. This was despite delays in commissioning and the postponing of projects as a result of the pandemic. Looking further ahead, robust and exponential growth is forecast, even when you take into account a lowering in Interact Analysis’ short-term projections. Mor than 2 million mobile robots are due to ship by the end of 2025.

Related: These Mobile Robots Are as Cool as They Are Functional

Orders for mobile robots did dive into the first half of 2020 when the whole world came to a stop, Yet the market performed extremely well in the second half. The fourth quarter was particularly strong, with some vendors reporting that they received 50% or more of their annual orders in the last two months of the year. Growth in autonomous mobile robots (AMRs) was significantly higher than for autonomous guided vehicles (AGVs) because the AGV segment faced much greater delays and cancellation rates due to its tendency to be relatively more expensive, less scalable, and requiring longer installation times, according to Interact Analysis. 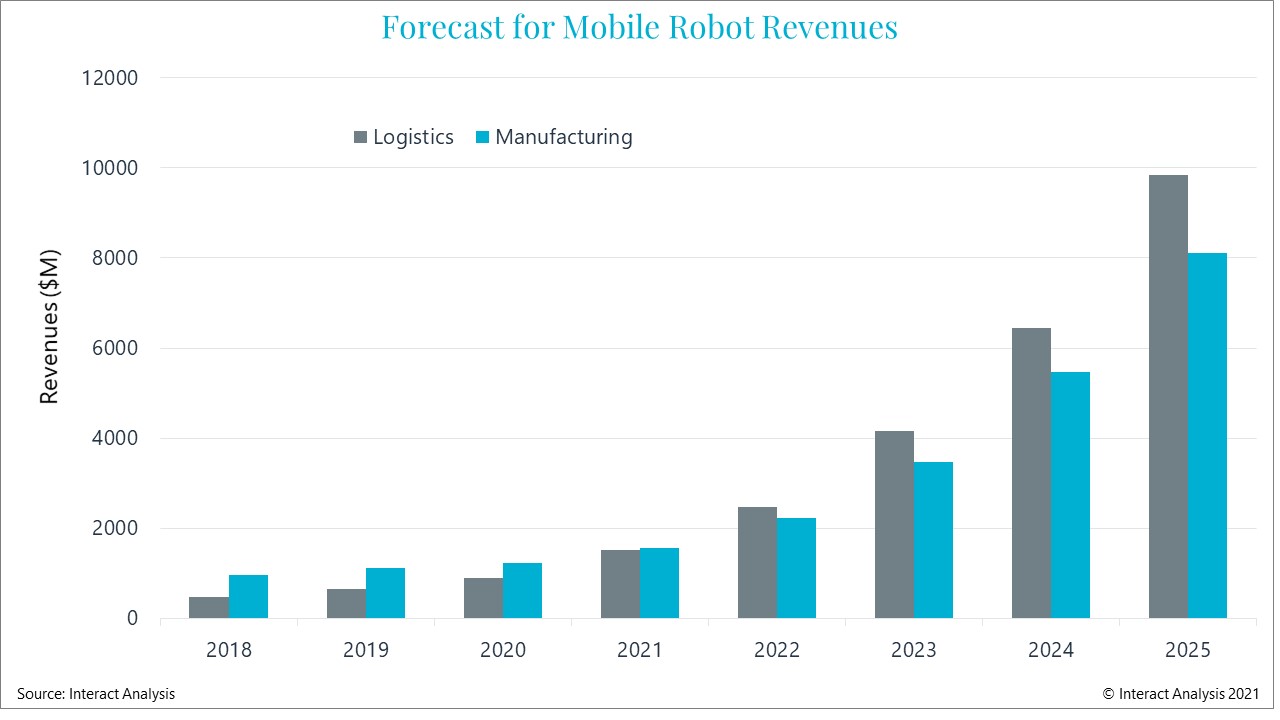 The Future’s Bright for Mobile Robots

The research shows that, by the end of 2025, nearly 2.1 million mobile robots will have been shipped – with almost 860,000 of these accounted for in 2025 alone. Revenues will hit $18 billion. In 2020, AGVs accounted for more than half of all mobile robot revenues, and demand for both AGVs and AMRs is expected to be strong through 2025. However, by 2025, AMR revenues are expected to dwarf those of AGVs, with the latter’s market share dropping to under 25%, partly due to the greater diversity of applications for AMRs.

Ash Sharma, managing director at Interact Analysis noted that mobile robots had been deployed in just over 9,000 separate customer sites by the end of 2020. They were located mainly in warehouses and factories. “By the end of 2025, this will have increased to over 53,000 deployments, and that will still be far from the point of market saturation,” said Sharma. “Goods-to-person robots will account for 37% of shipment volume over the next five years, though only 18% of revenue.” He also noted that person-to-goods robots are growing quickly and Interact Analysis forecasts room for growth in all areas of the mobile robot market.