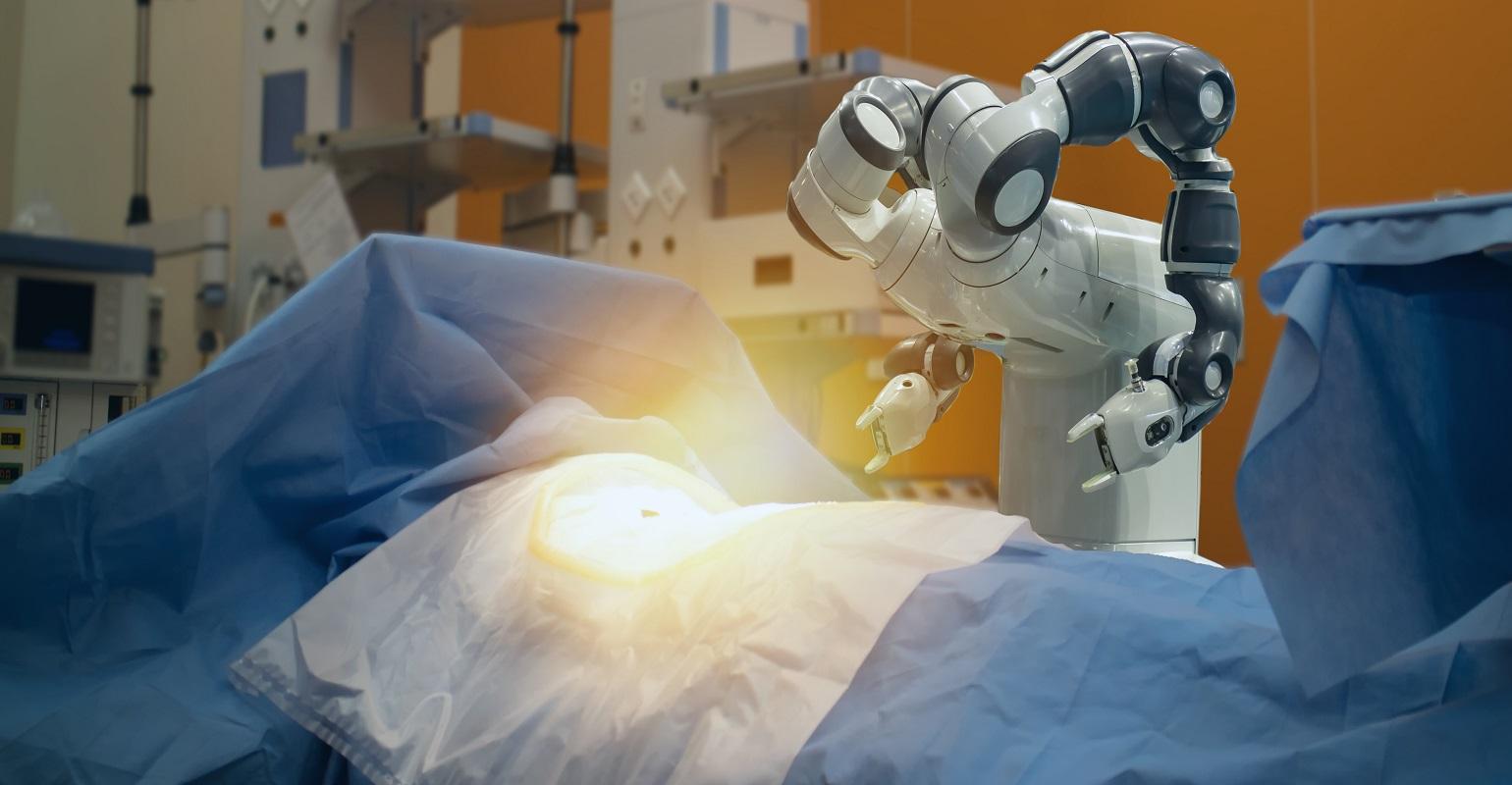 Just as automation is closing the labor gap in manufacturing, AI and robotic technology are beginning to close the worldwide gap in doctors.

Automation is growing in the medical industry, from robot surgery to AI that’s used to analyze radiology images. This is not surprising, since healthcare has been at the forefront in adopting emerging technologies, from additive manufacturing to mobile robots. As well as bringing efficiencies and precision to healthcare, automation is helping to overcome the same issue that manufacturing plants face: expert labor shortages.

At the MD&M BIOMEDigital conference, two radiologists who are also chief medical officers (CMOs) at tech companies, explained two ways in which automation has forcefully entered the medical field -- through surgery and AI-based image analysis.  “Part of the issue that makes medical robotics and artificial intelligence (AI) important is the worsening shortage of physicians,” Eyal Morag, MD and CMO at Microbot Medical, said during the presentation, Convergence of Image-guided Robotics and AI technologies in Clinical Practice. “Take radiology. In the entire contentment of Africa, if you remove Egypt and Israel, there are only six pediatric radiologists. In Nigeria, there are 60 radiologists for 119 million people. In Mexico 4,000 radiologists for 130 million. This is a universal problem.”

Some of the solutions to the shortages are coming from the convergence of robotics and AI. “I’m actively involved in image-guided robots and AI in radiology,” said Morag. “We’re seeing the convergence of these technologies. Robots are used in several applications in healthcare. The applications relevant in medical include assisting patients, and assisting doctors in surgery, rehabilitation, exploration, and diagnostics.”

Precise robotics has delivered well in surgery, even improving human capability. “The high-definition vision systems and the instruments can bend and rotate far better than the human hand, and that’s what makes it so useful,” said Morag. “The physician is in control of the robot at all times. With the robotics, physicians can carry out more precise operations than they were able to before.”

Surgical robotics expanded quickly once their capabilities were proven. “De Vinci is the most widely used robotic assistance system. Since it was cleared by the FDA, there are 5,500 robots in use in 65 countries. The first systems were cleared for otoscopic surgery. Seven million procedures have been complete worldwide through 2019.” 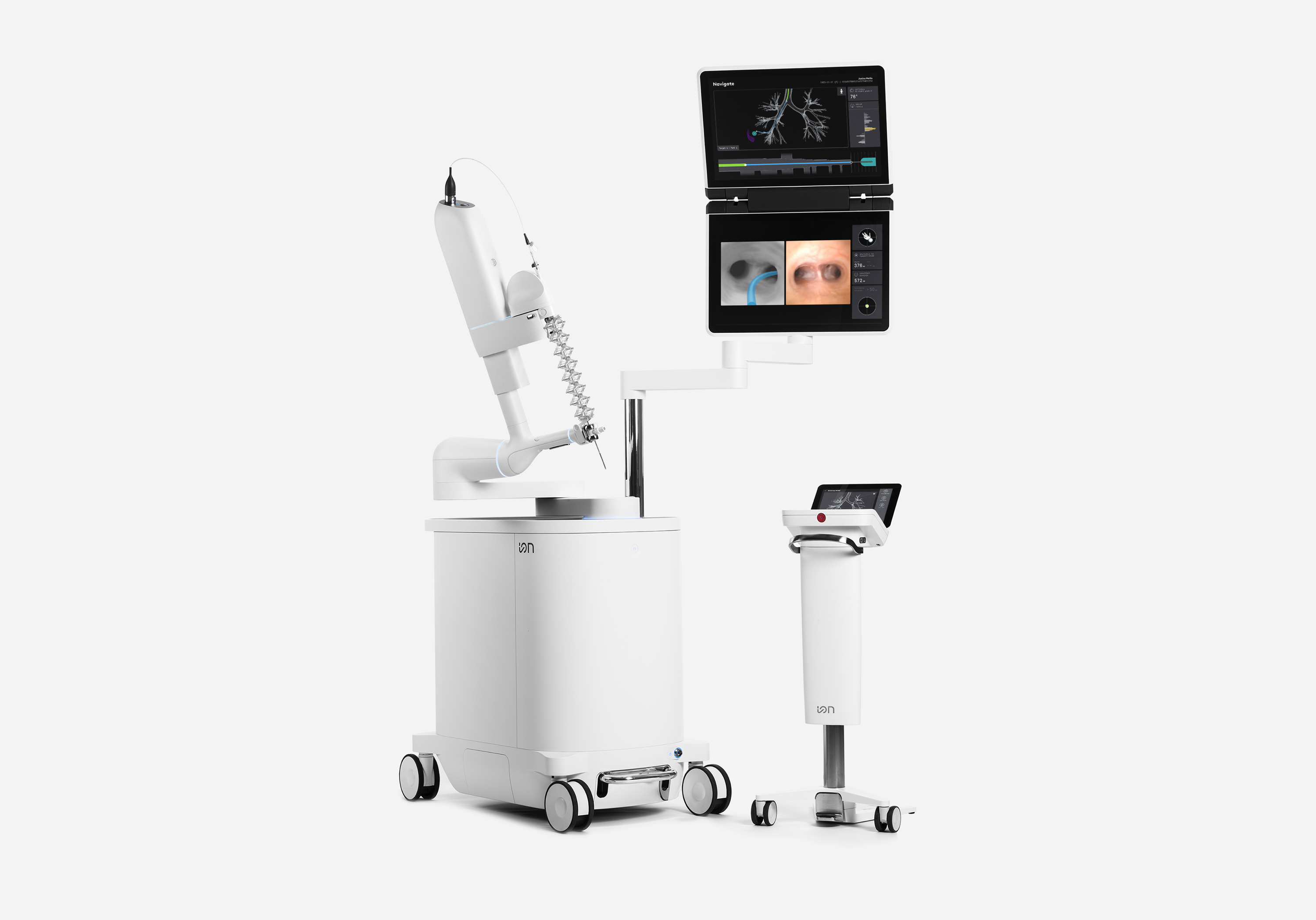 The da Vinci robot from Intuitive offers physicians a level of precision that is not possible from human hands.

Surgical robotics have delivered life-saving efficiencies. “Almost all studies demonstrate a reduction in morbidity, less blood loss, and shorter hospital stays,” said Morag. “Since 2012, there has been an explosion of reports on robotics and procedures.”

The same qualities that make robots effective in food and beverage with their washdowns also fit for medical environments. “What are the main requirements of medical robotics? It’s safety, simple operation, easy sterilization, compact size, and low weight. These are all big issues. The most important is safety,” said Morag. “With robots, you have effective control for force and speed. You have limited force and feedback, and the robot takes up limited workspace.”

Getting AI into the Medical Automation Mix

Another area in medical where automation can bridge the physician shortage gap is vision analysis, from bone fractures through MRI images. The process requires considerable physician time, but a well-trained deep learning AI system can accomplish the task quickly and efficiently. “There are financial benefits to AI in the reduction of time in the analysis of images. The algorithms are getting smarter and smarter,” Gal Yaniv, MD and CMO at Aidoc Medical said during the presentation. “If you have images of an abdomen, you get part of the lung and the spine. Different algorithms look at different body parts. One scans the spine for fractures while another scans the lung. These solutions are becoming more and more sophisticated.”

The quality of AI that works for healthcare is the algorithm's ability to learn on the job. “New technology emerged called deep learning. It’s an extension of AI. You create a computer learning process that uses sophisticated neural networks to create image recognition. It frees you from making rules,” said Yaniv. “You feed the system with enough data and you will create an algorithm to recognize patterns. You create enough quality feedback and it will recognize almost anything a human can recognize.”

The Efficiencies of Automation Brought to Healthcare

Before AI was deployed to analyze medical images, healthcare was flooded with more work than humans could efficiently accomplish. “We are experiencing an imaging explosion. This is where we’re seeing AI in radiology,” said Morag. “GE Healthcare says 90% of healthcare data comes from images and more than 90% of medical images worldwide and are not analyzed accurately. AI enables us to increase the level of accuracy.”

AI analysis of medical images directly affects the speed at which patients could be treated. “In detection and diagnosing of disease, AI allows us to avoid delays. The algorithms improve workflow and efficiency,” said Morag. “For AI in radiology, the most relevant issue is pattern recognition, pattern identification. This affects the planning of procedures and problem-solving.”

As well as speeding care, AI image processing reduces the error rate in human processing. “The huge amount of data causes data overload. We have to manage the significant insights for patient care while also managing the huge data overload. AI can help us,” said Morag. “The data overload creates side effects. Almost 50% of radiologists complain of fatigue and burnout. This can create side effects for the patients. There’s a 45% increase in time to diagnose because of the overload and there is an increasing amount of mistakes, up to 4% of humans cannot cope with all of the increasing data. AI solves this.”