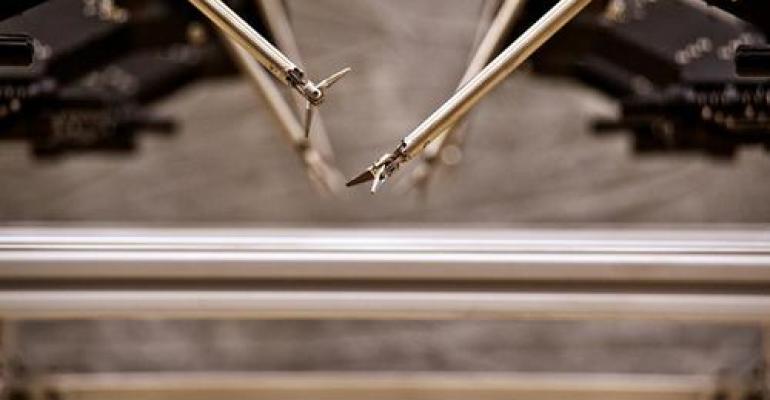 Commercial surgical robots like the da Vinci models are highly sophisticated machines appreciated by hospitals and surgeons, but complex and pricey for developers and/or researchers working on new design platforms. That's all about to change with the Raven II, which will provide the first open-source robotic surgeon research platform to help accelerate development. 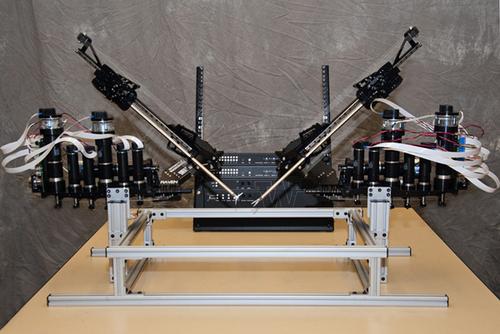 "We decided to follow an open-source model, because if all of these labs have a common research platform for doing robotic surgery, the whole field will be able to advance more quickly," said Jacob Rosen, associate professor of computer engineering in UCSC's Baskin School of Engineering and the project's principal investigator, in a press release. Rosen and Blake Hannaford, director of the UW Biorobotics Laboratory, lead the teams that developed both the Raven II and its Raven I predecessor. The project was funded by a grant from the National Science Foundation.

In the past, most research on surgical robotics in the US has focused on developing new software for commercially available robotic systems. "Academic researchers have had limited access to these proprietary systems," said Rosen in the press release. "We are changing that by providing high-quality hardware developed within academia. Each lab will start with an identical, fully operational system, but they can change the hardware and software, and share new developments and algorithms, while retaining intellectual property rights for their own innovations."

Previously, some research groups built their own surgical robots, but this also slowed progress. "Researchers and funding agencies are tired of one-off robots -- they want to pursue projects that use standardized platforms," Hannaford said. "This is where the field is going."