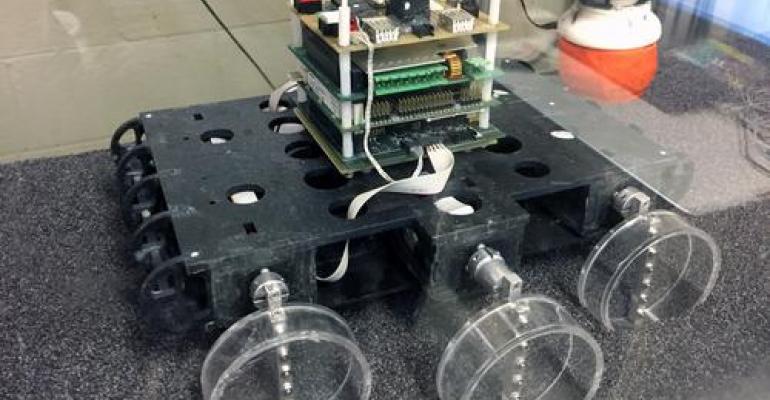 Lots of R&D time and dollars have been spent on how robots walk or otherwise move, especially across tough-to-navigate surfaces like sand, snow, or leaves. The last project we told you about was Carnegie Mellon's reconfigurable Snake Monster, with snakey, twisty legs that let it roll, slither, swim and climb.

Others like Georgia Tech's Sandbot use wheels instead of legs, or even treads, to move over difficult terrain without slowing down, falling over, or stopping altogether. The latest research from the university's School of Physics team headed by professor Dan Goldman studied the movements of Sandbot and several animals through a variety of simulated surfaces. Its conclusions? It's possible to correlate several variables like how appendages are designed and how fast they move with how well they perform across the range of surfaces. Future uses of this analysis could design better legs help a robot exploring planets in another solar system avoid getting stuck in loose alien soil. 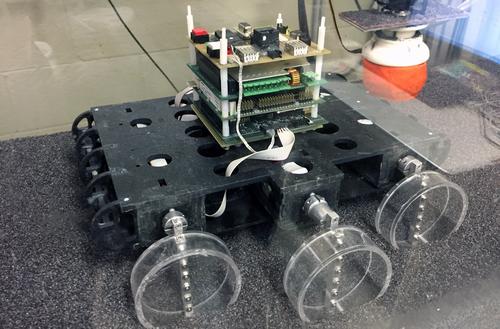 To simulate multiple surfaces, the researchers built an air-fluidized bed trackway and filled it with poppy seeds or glass spheres. They also varied the stiffness of the ground to give a range of surface textures that mimic everything from weak, powdery snow to strong, hard-packed sand. By studying what happened when the robot -- plus five desert-dwelling crabs, lizards, and geckos -- ran through the trackway, they found that how far legs or wheels penetrated into the surface was the key measure of success.

"When the ground gets weak, certain animals seem to still be able to move around independently of the surface properties," said Goldman in a press release. "We want to understand why." The team has used trackways filled with granular media for several years, often with Sandbot, to study animal and robot locomotion. But devising variations in continuous air flow to change the media's resistance to penetration by appendages or wheels was a new idea.

The bio-inspired, hexapedal Sandbot didn't do so well compared with the animals. As the trackway's surface became easier to penetrate from less air flow, the robot's average speed declined, in spite of faster leg movements. Even when researchers gave it wheels designed to lighten its pressure on the trackway's surface, the robot lost 70% of its speed.

Among the animals a California desert lizard, C. draconoides, had the best performance. Its speed wasn't slowed at all as the surface got weaker, but the other animals lost 20 to 50% of their speed. Goldman thinks this is due to extremely long feet and toes. "These feet and toes really enable it to maintain high performance and reduce its penetration into the surface over a wide range of substrate conditions," he said. "On the other hand, we see animals like ghost crabs that experience a tremendous loss of performance as the substrate changes, something that was surprising to us."

As part of the research, Georgia Tech graduate students Feifei Qian and Tingnan Zhang build a predictive model using a terradynamics approach based on resistive force theory. After performing numerical simulations of the animals and the robot, they found that their model successfully predicted locomotor performance for low-resistance granular states.

The team's research is available in an open access article published in the journal Bioinspiration & Biomimetics. Funding was provided by the National Science Foundation, the Army Research Laboratory, and the Burroughs Wellcome Fund.