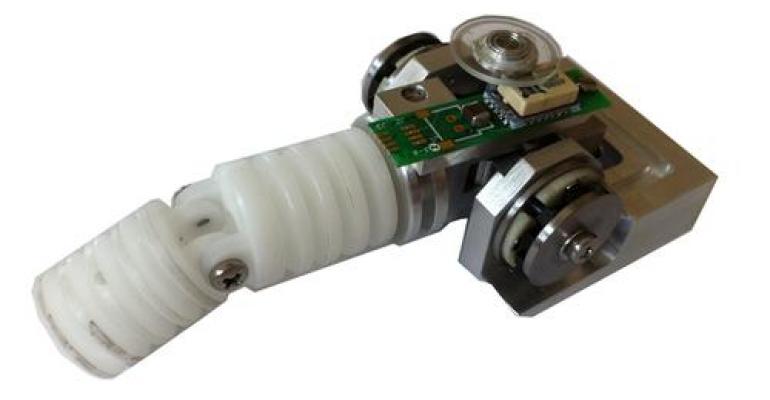 Continued development of motion control for robotic fingers and hands offers the promise of greater flexibility, especially for automated assembly applications -- and the ability to perform the same work as human hands. The availability of much higher torque, compact motors has been the obstacle, but now new direct drive servo technology and a “partial” motor concept is moving toward a solution.

“If you look at the design of robots, they have a shoulder and forearm but not an ability to add hands and fingers,” Ed Neff, president of SMAC Moving Coil Actuators, told Design News during a recent interview. “Designs don’t offer that flexibility and instead have grippers, most of which are pneumatic, because there has never been a commercial robotic finger or robotic hand.” 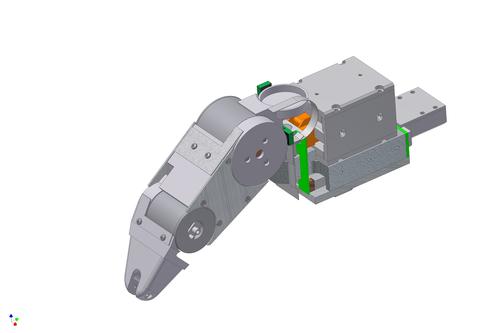 The lack of technically capable robotic fingers and hands has been a fundamental hurdle holding back the application of robots in automated assembly. It is now quite possible that this hurdle can be overcome. If this proves true, we’ll see an expansion of robots into work areas now barred by the lack of robot dexterity.

“The reason we haven’t seen solutions in the past is that the design requires very powerful, direct drive motors to duplicate what a human hand can do,” Neff said. “If you look at your hand, the knuckle closest to your fingertip moves the front part of your finger up and down 45 degrees. When you are pressing on a surface, the fingertip can create about 2 lb of pressure, or 10 N. At a 30 mm distance, a direct drive motor needs to put out 200 mNm, which no one has been able to achieve. The solution needs to be direct drive because gears lose compliance, which means the finger can move back and forth, and gears can also easily break.”

Neff said that the rear knuckle on a human hand has two functions, moving the finger up and down 45 degrees and also 15 degrees side to side. The force it can generate is again 2 lb up and down, but side to side it can only normally move approximately 0.6 lb.

A prototype version of SMAC’s first direct drive servo motor robotic finger has demonstrated that partial motors can provide 80 percent of the force required. SMAC expects an early 2016 release, which will be followed shortly by a robotic thumb and ultimately a functional robotic hand capable of reproducing work done by human hands.

The 25 mm motor used in the front joint is a servo partial motor equipped with an SMAC rotary encoder providing 15,500 counts per revolution. It achieves a high torque/diameter ratio due to the proprietary magnetic circuit design as well as the coil design.

A second, larger motor (35 mm) acts as the second joint, putting out torque of 630 mNm and exerting a resultant force of 7 N at the tip. Both motors move over a positive and negative 45 degree range as human joints do.

A third motor operates as the first joint, and is the joint that moves side to side. This motion is based on SMAC’s moving coil linear design and already meets the required parameters.

These motors have been integrated into a structure that allows them to operate and cover the same movement capability as a human finger. The structure weighs approximately 350 grams and is physically about 1.5 times larger than the average male finger. The finger can contact a surface, recognize that fact, then push/pull, sweep, etc, using programmable force and speed.

“Linear motor development is the base technology for our company, so what we have done is increase the flux density in the motors,” Neff said. “We’ve gone from averaging about 6,000 Gauss on a linear motor design up to almost 12,000 Gauss now in these small rotary motors. The developments also transfer over to our linear motor products, with the same technology almost doubling the available force.”

Because the design uses encoders to position within a micron accuracy, the integrated drive/controller provides an ability to program forces, bump into surfaces, or press with a certain force, which is all applicable to the robotic finger design.