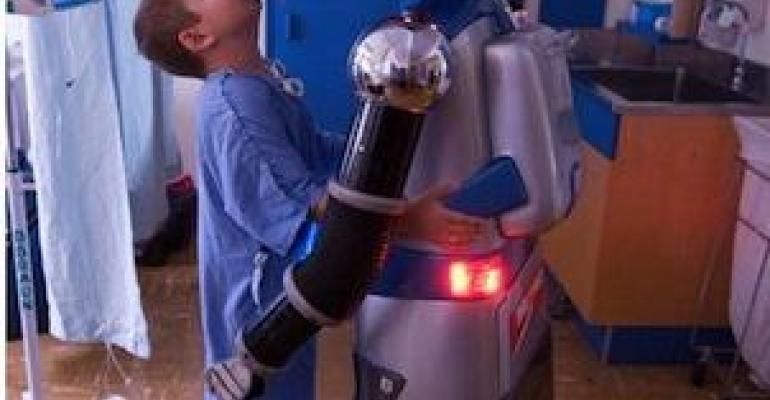 When most people think of robots, movie-made science fiction stars come to mind -- C3PO and R2D2 from the Star Wars franchise, B9 from Lost in Space, or even the phrase "GORT! Klaatu barada nikto!" spoken by Patricia Neal's character to the flexible metal, 8-ft-tall, laser-beam-shooting robot in The Day the Earth Stood Still. For those in manufacturing or engineering, minds turn to the latest generation of industrial robots -- multi-axis, jointed robotic arms that can weld, pick-and-place, package, and press faster than any human possibly could.

Industrial robots have become staples in medical, packaging, and automotive industries because of their numerous benefits, including increased efficiency, higher throughput, and lack of repetitive motion fatigue. Inside the robots, advancements in motion control have allowed these machines to perform complex tasks with a precision impossible for human operators. 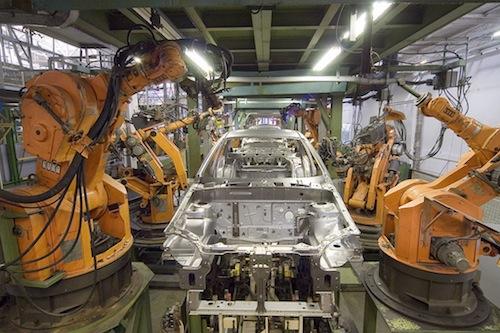 Though most industrial robots can move in a multi-axis fashion, their largest limitation is their fixed position on the factory (or laboratory) floor. While they have the advantage of main AC power drops for a nearly limitless power source, it's also a leash binding them to a small work area.

Enter the field of mobile robotics -- capable of movement in (almost) any environment. Recently, mobile robots have gained popularity in distribution centers and factory floors, with companies like Amazon stealing headlines in 2012 by acquiring Kiva Systems (a mobile robotics company).

While advanced controllers have exponentially increased the number and kind of tasks industrial robots can accomplish, mobile robotics brings a new set of challenges to motion control that favors the compact, increasingly integrated motion control systems.

"As soon as (robots) go mobile, everything changes -- the way you chose drives, power supplies, motors and controllers, everything. The efficiencies change because mobile robots are typically low voltage DC systems," said Hack Summer, application technology manager of Moog Animatics. He went on to say:

When specifying motion control systems for mobile robotics, it first comes down to power. Mobile robots don't have the luxury of 480V three-phase AC mains coming in, and that's where fully integrated motion is ideal. Most standard servos run off of 120V AC or 240V AC that rectify over to 160V DC or 300V DC, respectively, but you can't typically get 160V DC batteries. If you want it to be mobile, you need a motion control system that will run off of 48V or less.

The compact SmartMotor was designed to operate at or below 48V DC while providing torque ranges comparable to larger, higher-voltage AC-powered servo systems. This kind of motion control system is ideal for battery-operated equipment such as mobile robots. Given the low voltage and high efficiency of the SmartMotor servo and drive stages, we've reduced weight, size, and power requirements. This equates to longer run time on the batteries and overall system performance gains.

Have robot, will travel
Mobile robots with advanced motion control systems aren't just for the flat production floor. Their environments can include travel through water and by air, where mobile robotics migrates toward autonomy, such as with Adept's Lynx AIV (autonomous indoor vehicle).

Mobile robotics leans heavily on integrated motion because of the 'mobile controller' issue. These robots can't be wheeling huge control cabinets behind them stacked with drives and controllers for each motor inside the robot, so the controller has to be advanced enough to deal with all of the robot tasks at hand while still being compact.

By using integrated controls, each axis of motion may sustain control of its local function. For example, an autonomous mobile robot with a hinged arm may need to hold the 'wrist' level to the ground. The integrated control of the wrist axis can use the phase adjust mode in the SmartMotor to keep the wrist level no matter what the arm does. For each additional axis another dedicated motion controller has been added to the system, bringing more control and processing power up to the system-level.