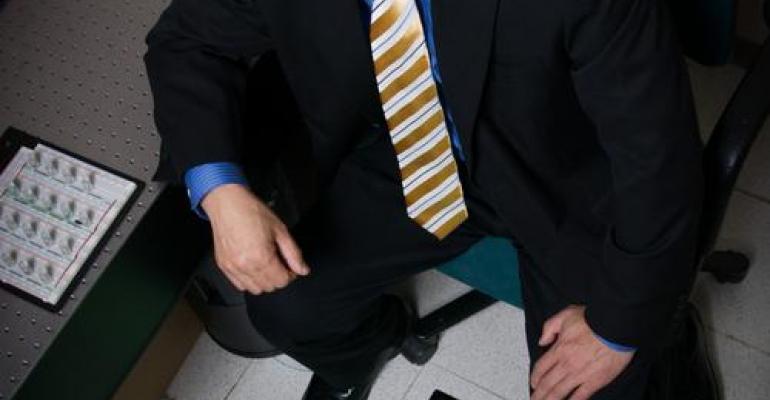 My previous article on highlighted capacitive fabrics, welded fibers with conductive and capacitive elements woven in to result in a “wearable battery.” That’s half of what’s needed for a fully independent, human-scale, on-the-go power system. The second part is the power generation or energy harvesting scheme.

There is plenty of work going on in this area, of course. One example is a company called Bionic Power, which has developed the PowerWalk system for US and Canadian military clients. At first glance, these look a bit like the shin guards that a baseball catcher wears, except that at 850 g each, they’re a little heavier, despite being made of carbon fiber. Inside each unit is an energy harvester for converting mechanical work into electricity. 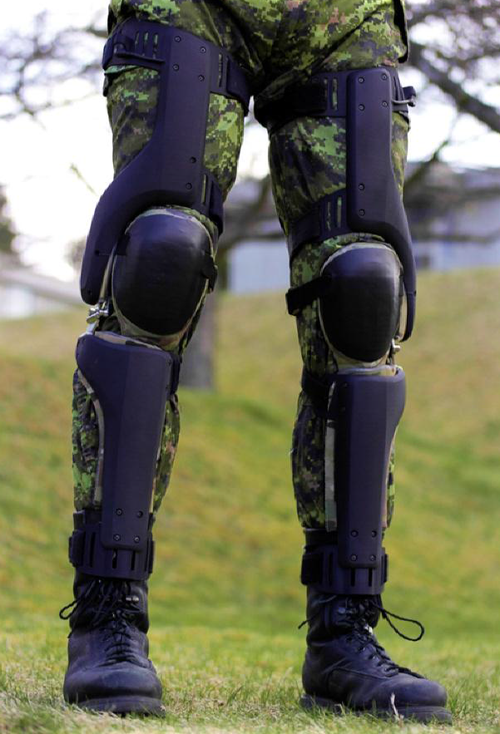 The device is designed to produce energy during the “braking” portion of the human stride, in order to minimize the energetic cost of harvesting. The harvester consists of an orthopedic knee brace configured so that knee motion drives a gear train through a one-way clutch, transmitting only knee extension motion at speeds suitable for a DC brushless motor that serves as the generator.”

The gear train is designed to convert low-velocity, high-torque motion into high-velocity, low-torque motion that drives the generator. Electronics gate the power cycle so that generation only occurs during walking deceleration. The device can produce 8 to 14 W of power at a 1.5 m/s walking speed. That’s enough to charge a typical cell phone on a 15-minute walk. A maximum output of 25 W can be achieved on a downhill slope.

While a device like this could be highly valuable for military use or wilderness firefighters, those with more benign occupations might be better served by something a little lighter. That puts us in the province of ZL Wang and his team of researchers at Georgia Tech, who are looking at lightweight triboelectric generators.

Tribo-charging is produced when certain types of dissimilar materials are rubbed together. While not well known, it is critical to the operation of photocopiers and laser printers, being used to develop an image of toner particles on an electrically charged belt or drum. Wang’s team has utilized that principle by means of “a gap separation technique that produces a voltage drop, which leads to a current flow.” 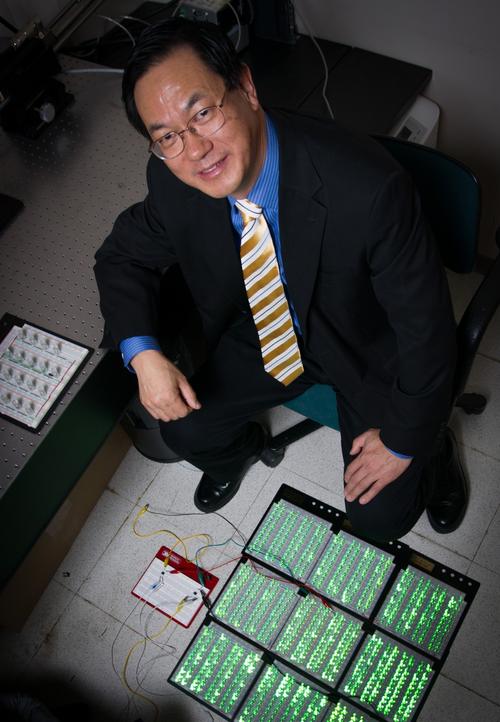 Since their first prototype in 2011, the team has increased their output power density by a factor of more than 3,000. The improvement has been achieved through the use of nanomaterial patterns that dramatically increase the contact area. They can now produce as much as 300 W from a square meter of single-layer material. That means a sheet the size of an iPad can produce as much power as the Power Walk. They have produced prototypes of everything from “power shirts” containing pockets of the generating material to shoe inserts, whistles, foot pedals, floor mats, backpacks, and floats bobbing on ocean waves.

Like many great inventions, this one came about accidentally. The team was investigating piezoelectric devices when they found one device had a much higher output than the others. Upon further study, they realized that due to an incorrect assembly procedure, two surfaces were rubbing together and producing significantly higher power levels.