DARPA's Steerable Bullet Can Home in on Targets

Imagine if a sniper bullet could home in on its target like a guided missile. Well, now it can thanks to research being done at the Defense Advanced Research Projects Agency (DARPA). The agency has revealed successful test footage of its Extreme Accuracy Tasked Ordnance (EXACTO) system -- a guided small-caliber bullet that can be directed at a moving target even after firing.

A specialized .50-caliber round combined with optical sighting technology allows for real-time guidance that lets shooters steer a bullet in the air and direct it at a target. The agency said this is a great advantage for soldiers sniping targets in unfavorable conditions as a steerable bullet allows snipers to better compensate for factors such as high winds, low visibility, and of course a moving target trying to avoid being hit. "It is critical that snipers be able to engage targets faster, and with better accuracy, since any shot that doesn't hit a target also risks the safety of troops by indicating their presence and potentially exposing their location," a DARPA statement said. 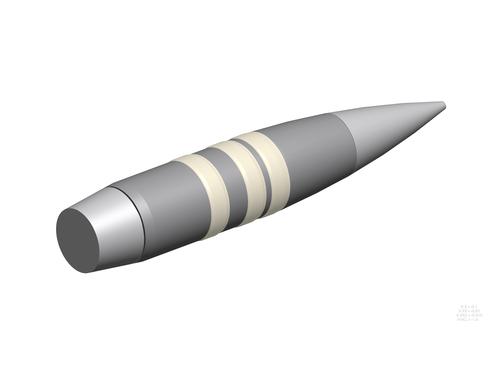 The live fire demonstration is only the second phase of a project that begin at DARPA in 2008. While the EXACTO system was unveiled in 2014, this latest round included the design, integration, and demonstration of new optical guidance systems, sensors, actuation controls, and power sources.

Footage from DARPA's live-fire test of the EXACTO system:

The latest demonstration, which was done in February, is the agency's most successful to date. An experienced shooter using the technology was able to repeatedly hit moving and evading targets. The EXACTO system also proved effective for novice shooters using the system for the first time to hit a moving target. DARPA hopes to continue to refine and enhance EXACTO's performance in upcoming phases. "Fitting EXACTO's guidance capabilities into a small .50-caliber size is a major breakthrough and opens the door to what could be possible in future guided projectiles across all calibers," DARPA program manager Jerome Dunn said in a press statement.

DARPA declined requests for further comment about the workings of the EXACTO system, but developments done at another organization can provide some hint to how DARPA's system may work.

In 2012 Sandia National Laboratories, a subsidiary of Lockheed Martin, announced that it had developed a prototype self-guided bullet. Sandia's four-inch-long round contains a guidance and control system coupled with an eight-bit CPU that controls tiny fins connected to electromagnetic actuators. The bullet has a sensor on its tip that can detect and follow a laser, guiding the bullet to its target. The company estimates its bullet could hit a laser-designated target 2,000 meters (about 1.24 miles) away. According to Sandia's patent, computer simulations have shown an unguided bullet under real-world conditions could miss a target more than a half mile (1,000 meters) away by 9.8 yards (9 meters), but a guided bullet would get within 8 inches (0.2 meters). 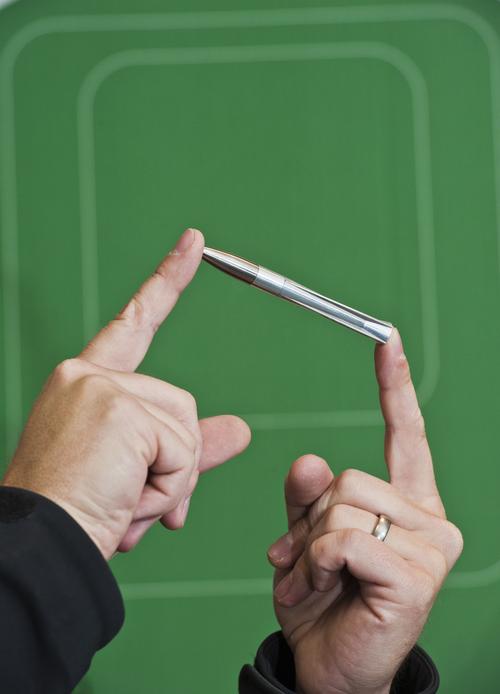 In a press statement, Red Jones, a researcher at Sandia, said that in order to make the bullet steerable, it had to be able to travel straight and not spin like a typical bullet when fired. He likens the guided bullet more to a dart -- where the fins and the forward-sitting center of gravity keep it from spinning. "Most bullets shot from rifles, which have grooves, or rifling, that cause them to spin so they fly straight, like a long football pass. To enable a bullet to turn in flight toward a target and to simplify the design, the spin had to go," Jones said.

Since the bullet is small-caliber it doesn't require a costly inertial measuring unit used in guided missiles. "As the bullet flies through the air, it pitches and yaws at a set rate based on its mass and size," Jones said. "In larger guided missiles, the rate of flight-path corrections is relatively slow, so each correction needs to be very precise because fewer corrections are possible during flight. But the natural body frequency of this bullet is about 30 hertz, so we can make corrections 30 times per second. That means we can overcorrect, so we don't have to be as precise each time."

Sandia's tests have show its bullet can travel up to 2,400 feet per second (Mach 2.1) and could possibly reach standard military speeds using customized gunpowder. By comparison a .50 caliber round travels anywhere from 2,800-3,000 feet per second on average.

Sandia declined to comment on any further developments with its self-guided bullet but said it is looking to partner with a private company to bring the bullet to market. The plan is to target military and law enforcement as well as recreational shooters.