Blurring the Lines of Control 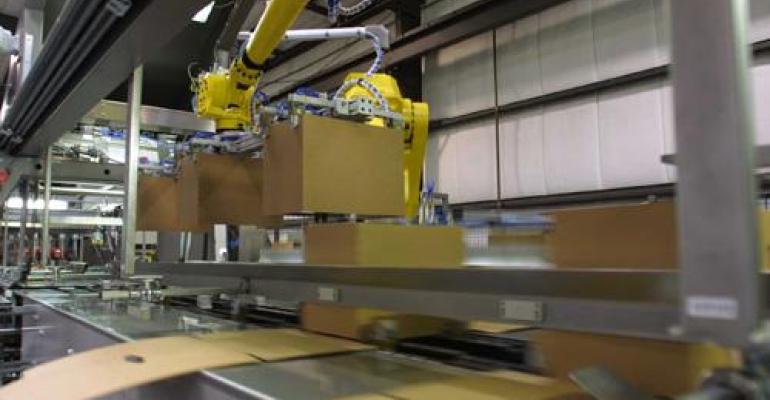 In the world of high-performance servo control, robotic motions have traditionally been a processing-intensive task often requiring a separate robot controller and software. But now with core technology upping the processing power of machine controllers, along with the goal of designing robotic mechanisms more tightly into automation equipment, integration of robot motions with the standard controls used on machines has become a growing trend.

The advantages are a familiar mantra: a single software development environment and one machine controller/network. But the overall benefits also extend into a much tighter integration and unification of the overall control hardware, operator interfaces, and network connectivity.

Combining with line controllers
"Robotics is increasingly being adopted in a broad range of industries and applications because of the flexibility and performance advantages that they offer. As part of that, we are seeing machine builder OEMs and end users moving to integrate control of the robot directly into their line controller," said Bob Hirschinger, principal application engineer at Rockwell Automation, in an interview. 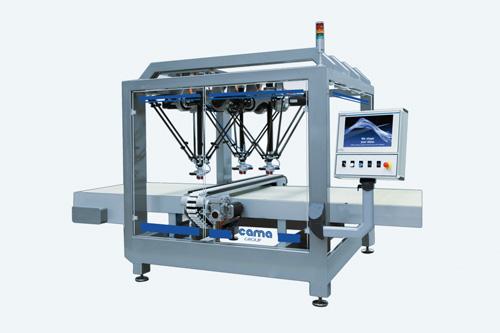 "The goal is to integrate general automation with robotics. We've been helping our customers replace dedicated robot controllers with PAC-based line controllers that have integral kinematics and advanced motion control instruction set capabilities," he said.

Rockwell Automation has targeted specific robot geometry such as articulated, dependent/independent, SCARA, Delta, and Cartesian robots. The approach is basically using standard controllers with embedded motion instructions linked up to kinematics support to directly control the robot. In some applications, it might be a robot arm using the same type of drives used in the rest of the line, or the controller is interfaced directly to a different vendor's drives that may come with the robot arm.

The advantages of the integrated control are improved recipe management and better operator interface (EIO) support, which eliminates the need for separate robot-dedicated human-machine interface (HMI) devices. The drives needed for the robot can be integrated with the control panel used for the rest of the line, eliminating the need for the standalone robot controller and panel. The primary motivation is unifying the system hardware, but another advantage is the ability to program the robot using tools the user is familiar with and a single language for control across the line.

Hirschinger said that in many applications, there is also a performance benefit because everything is running synchronously out of the same controller. "Standard robot controllers typically have a standard Ethernet network interface that uses handshaking over the network to coordinate the line and robot controllers. But that can add delays to the system and negatively impact performance," he said.
0 comments
Hide comments
Related