Bluetooth Beacons Are the Future of Shopping

I belong to a wholesale club that heavily utilizes self-checkout stations. However, when the club wants to push a particular item, a human is posted at a special sales station to hawk that item.

As you leave the club, a permanently entrenched human window salesman always attempts to get your attention. The random special sales stations within the club can be easily avoided, but it is impossible to get by the window sales station without being accosted. But I digress. 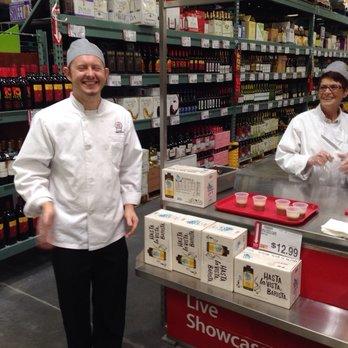 The club has used self-checkout stations for years. I'm sure this saves money, as a single clerk can oversee multiple self-checkout stations. The club could possibly save even more money by replacing the sales stations with beacons. A Bluetooth-based beacon transmits very small amounts of data at timed intervals. For instance, an iBeacon frame consists of a unique universal identifier (UUID) and a major and minor value. The idea is for a receiver to digest the incoming beacon data and perform a task based on the contents of the incoming beacon frame. The concept behind Bluetooth-based beacons has been around since Nokia introduced Bluetooth Low Energy (known then as Wibree) in 2006. Apple brought its version of the beacon (iBeacon) to the world in 2013.

The open-source Eddystone beacon is currently giving the iBeacon a run for its money. The Eddystone beacon is particularly attractive for developers that do not possess an Apple MFi license. An Eddystone beacon can be configured to send UID, URL, or TLM (telemetry) frames.
My wholesale club could benefit from a dongle that emits an Eddystone URL frame. Instead of a human at a sales station asking customers to try a product, customers equipped with the right smartphone app could be alerted to special promotions via their smartphones. If the customer is interested, he or she can investigate the offer further from information provided by the beacon.

Now that you have been presented with a problem (pesky salespeople) and a possible solution (beacons), what if you're tapped to build the beacon? There are lots of beacon manufacturers that can sell you bags full of beacons. However, let's say the club wants its own in-house Eddystone beacon design.

As of this writing, there are only five tested implementations listed in the GitHub Eddystone document. One of the solutions is Arduino-based, while the remaining solutions are SDK-based. Silicon Labs, CSR, Nordic, TI, and RFduino are represented.

It looks my wholesale club is in business, as far as beacons are concerned.  All it has to do is choose a beacon type, select a platform, and execute a design. I would be most grateful if the window salesman suddenly assumed the form of a beacon.