Are Engineers Taking Over the World?

As more of our jobs, and our daily lives, succumb to automation, will it be engineers who end up in power?

Here's a hard fact that will be hard for many to accept: Yes, a robot will probably be able to do your job someday. Remember the days when you had to go to a cashier at the grocery store and you didn't have to bag your own groceries? The same thing happening in your local grocery store is also happening in factories, and even offices all over the world. And if proponents of self-driving cars have their way, it won't be long before you never again need a human to give you a ride home from the airport.

But who will hold the power in this brave, new, automated world? The companies? The consumers? The robots? ... Perhaps it'll be the engineers who are creating the technologies that are transforming the economy. 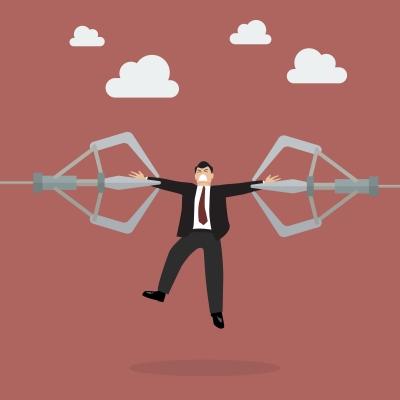 That's the argument writer Jamie Condliffe makes in an op-ed on Gizmodo. He believes that we are entering a world akin to Kurt Vonnegut's novel Player Piano, wherein engineers are the dominate class.

Player Piano takes place in a future world where everything has become so automated that the workforce has been entirely replaced by machines. The upper echelons are occupied by the top-level engineers who manage the machines that run everything, while the dregs get by on small-time jobs and providing services to the wealthy engineers. It's a world where engineers, not the rich or famous, not political figures, wield all of the power and influence over society. And it's becoming a reality according to Condliffe. Why? Because, more than anything else, the technologies engineers are building are having a drastic impact on the world. People like Apple CEO Tim Cook and Facebook's Mark Zuckerberg are treated like national leaders, automation is changing the face of the workforce, and threatening to have an even bigger impact in the near future (just ask employees at Wendy's), and services like Uber and Lyft are transforming our economy into a 'gig economy" based on freelance and contract-based work.

Proponents of the move toward automation say that humans will only benefit from the presence of smarter machines in the work place. After all, Amazon's notoriously hellish fulfillment centers have reportedly become much nicer (read: less terrible) places to work once robots were added into the mix.

As the rhetoric goes, robots can handle the tasks too "dull, dangerous, or dirty" for humans, while also allowing humans to move higher in the workplace hierarchy. An assembly line worker who performs a mindless, repetitive task all day could instead be overseeing the robots and machines that do this job, for example.

A 2015 whitepaper by the Association for Advancing Automation (A3), for example, said that shipments of industrial robots correlates positively with increased job growth in the US. Basically, increase automation and you increase the demand for engineers and technicians needed to build, service, and install these machines.

But others aren't buying it. Condliffe points to an analysis by Oxford academics Thor Berger and Carl Benedikt Frey that suggests that the rate at which technology is changing employment is outpacing the rate at which new jobs are created. And the logic follows. After all, Wendy's might replace 10 workers with automated kiosks, but that doesn't mean it needs to hire and train 10 new technicians. If they did it would make the choice to automate seem rather silly.

Technology isn’t creating new jobs as quickly as it’s transforming existing employment … If that continues, many middle-skilled job roles -- from paralegals and accountants, to baristas and maybe even journalists -- look set to be taken over by robots and artificial intelligence. The people working those jobs might be lucky enough to get a position further up the hierarchy, joining the technocrats at their board table. But for the bulk of people, the future is the low-skilled labour that can’t -- for now at least -- be taken on by automatons. That, or unemployment.

Analysis and opinions aside, we may just have to wait and see what happens. No doubt reality will fall somewhere in the middle as it often does. But in a world where an app/service like Airbnb can be blamed for contributing to housing crises all over the world and 3D printing is taking on increasingly more complex manufacturing tasks, it's hard not to argue that the people behind these new technologies aren't also the ones controlling the future.

What do you think? Will engineers hold the new seat of power in an increasingly automated world? Share your thoughts and opinions in the comments!

Source: Engineers Own the Future - And Maybe Even Us | Gizmodo