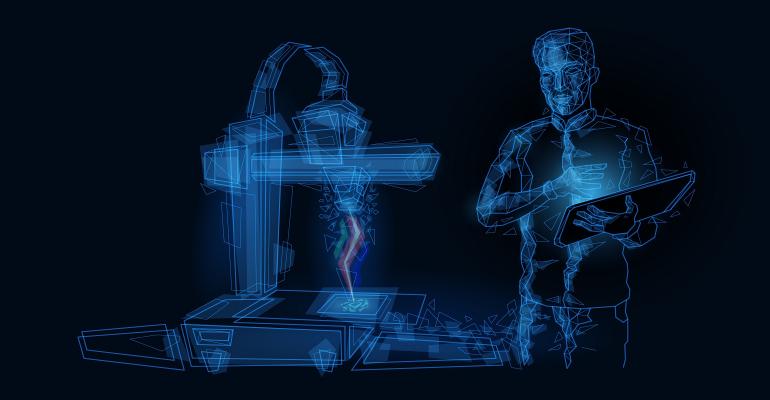 A survey from Essentium shows that additive manufacturing has gained surprising adoption, especially since COVID.

For decades, 3D printing was relegated to prototyping. Occasionally it was used for a handful of production parts, but mostly the process was not considered an effective production process. In the last few years, that assumption has changed significantly. 3D printing for production – additive manufacturing (AM) – has proven itself as a viable means of manufacturing. A study of users from Essentium shows the stellar expansion in numbers.

The study reveals more and more manufacturing companies relying on 3D printing as an AM technique to mass fabricate a wide range of physical products. “3D printing is disrupting traditional manufacturing processes by uniting product strength and production speed at scale,” said the report. 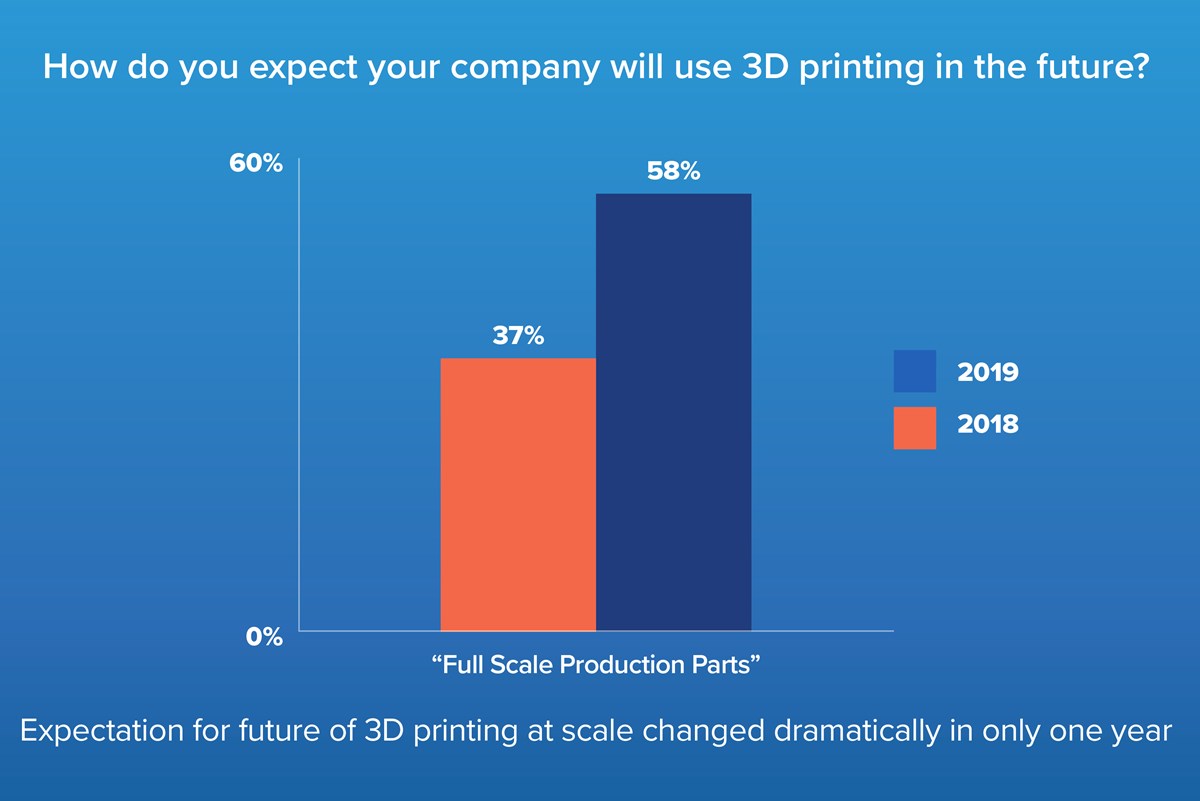 This study highlights how manufacturers have adopted 3D printing production aggressively. Participants were asked about their involvement in additive manufacturing. The results show that much of the adoption has taken place in the past couple of years:

Investments are paying off, but challenges remain:

Respondents indicated the 3D printing if deliver on its promise of economic value:

The Number of 3D Printers Has Grown Dramatically

One of the measures Essentium used to determine growth in additive manufacturing was the number of printers in use. The number of 3D printers has grown impressively in the past years. The majority, 84%, report they are using more than five printers, up from 69% last year. And nearly half (49%) of manufacturers report they are using more than 25 printers this year, up from only 15% in 2019 and 14% in 2018.

The Impact of COVID on 3D Printing Production

The Essentium study reveals the COVID-19 pandemic had a significant impact on the use of 3D printing for production. As medical professionals and first responders ran out of personal protective equipment additive manufacturing stepped in to close the gap. 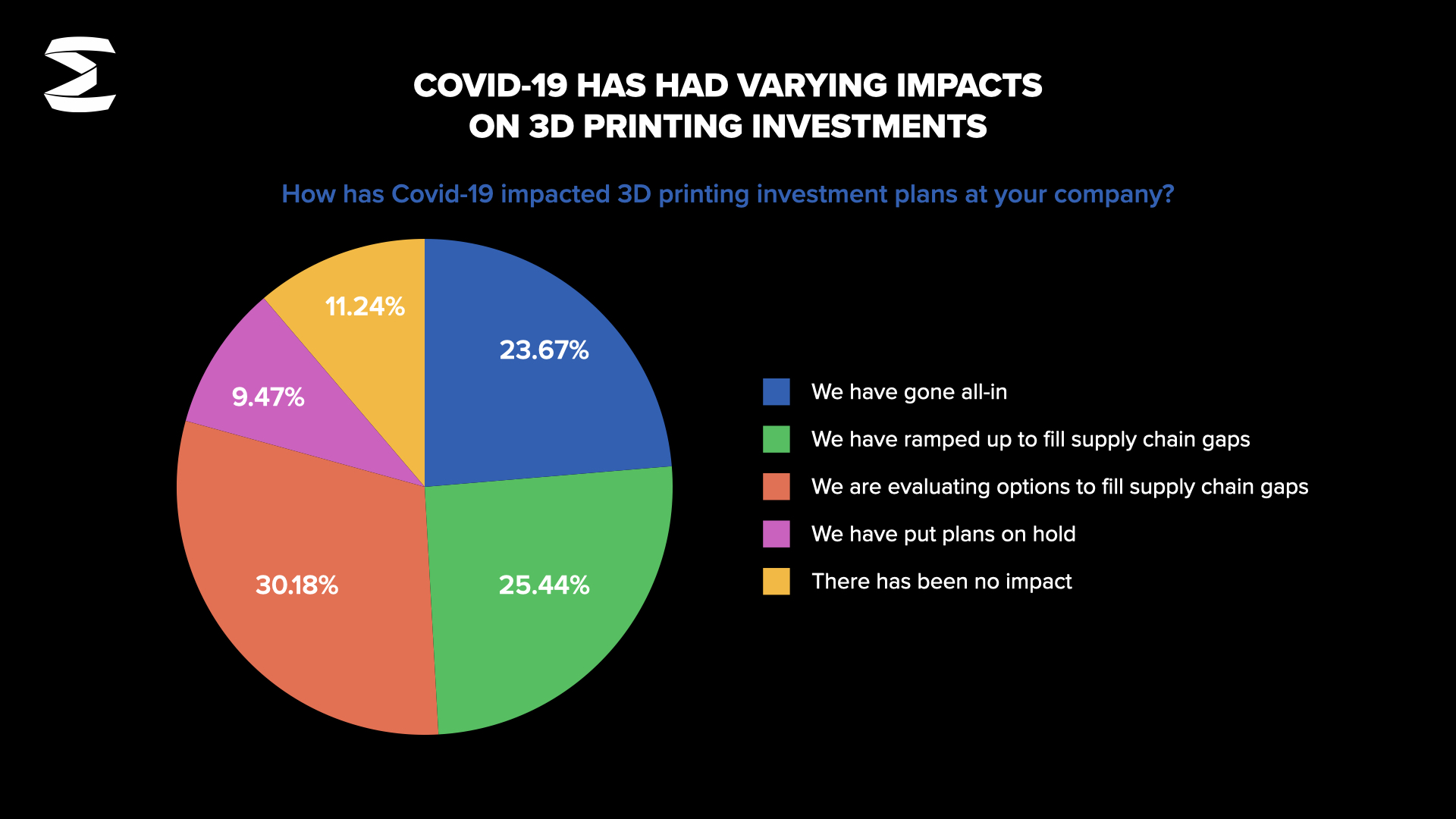 This survey was fielded as the second large wave of COVID-19 was hitting the US and around the world. Essentium’s research demonstrates its impact on 3D printing at scale has been significant:

The coronavirus shows how easily global supply chains can snap for indeterminable lengths of time. And changing customer demands – such as pandemic buying – often shortens or completely depletes resources. Agile companies adapted quickly to increased customer demands are proving to be successful. Yet on the opposite end, some manufacturers experienced less demand for their products and, as a result, will have less money to invest in additive manufacturing.

The pandemic has affected most manufacturing companies in one way or another, with 86% saying they were impacted. However, it has been a mixed bag of positive and negative outcomes. While more than half (57%) of companies increased their use of 3D printing for production parts during the pandemic, it was not ubiquitous as over a quarter (29%) say it decreased.