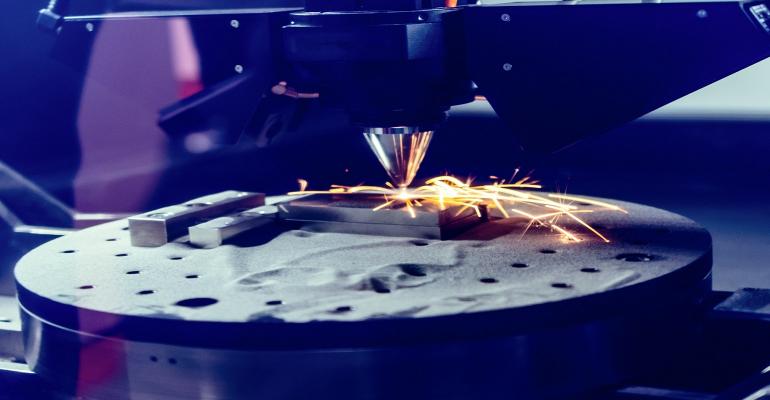 Just a decade ago, few believed that metal 3D printing would ever be a serious contender for serial production. The technology has since seen a rapid evolution, particularly over the last few years. Now, with metal parts being used in a wide range of applications in medical, automotive, and aerospace, the technology is becoming a viable form of production.

Additive manufacturing (AM) is the process of creating a three-dimensional object from a digital file. It is called additive because it generally involves building up thin layers of material, one by one. The technology can produce complex shapes that are not possible with traditional casting, machining, or subtractive techniques.

The process is digitally driven, direct from sliced 3D CAD data. For each slice of CAD data, a thin even layer of fine metal powder is deposited across the build plate. The selected areas of the powder are precisely melted. This process is repeated, building up layer by layer until the build is complete.

Fueled by new machines with open material platforms and faster printing speeds, sales of metal AM systems grew quickly in 2017, increasing nearly 80% over the previous year. Manufacturers started purchasing multiple metal AM machines once they realized the process was economically viable. They added more machines to improve capacity and move additional designs to the metal AM process

As the metal AM market continued to grow, the machines in the market have grown in capability and come down in price. Big players such as HP and GE drove the technology, but smaller companies with less-expensive machines followed. Today there’s quite a variety of different metals and metal alloys used in AM, from precious metals like gold and silver to strategic metals like stainless steel and titanium.

The process has attracted six major industries that now use AM in production: automotive, aerospace, medical, infrastructure, consumer products, and energy.

HP and GE Give Metal a Boost 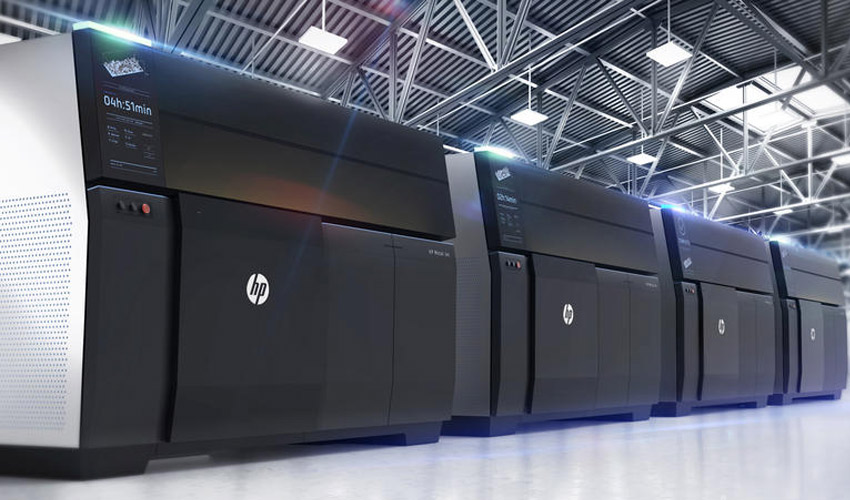 The Metal Jet 3D printers from HP were a game-changer in making metal additive manufacturing economically and technically viable.

The process starts with a thin layer of powder. Printheads strategically depositing droplets of the binder onto the powder bed. The printing plate then lowers, and another layer of powder is spread. HP introduced developed this process as an outgrowth of its traditional printhead and ink technology.

Although binder jetting technology is inherently fast, HP has applied its knowledge of printhead technology to make it even faster. The Metal Jet system is equipped with 6 printheads, with 5,280 nozzles each. Having these multiple rows of nozzles introduces greater productivity and reliability to the printer. By leveraging its expertise in ink technology, HP has been able to make the sintering process faster and cheaper.

Using generative design tools, engineers can outline where a part should exist, what forces are acting upon it, and delineate areas to avoid. The computer does the rest. As well as changing how metal parts are produced, additive manufacturing can produce cleaner parts by using sustainable manufacturing processes.

Because 3D-printed parts are built layer-by-layer by placing material only where it’s needed, the AM process results in less scrap or wasted raw materials, making it green and highly circular technology. Changes to the manufacturing supply chain and on-demand production allow for manufacturing to be moved closer to consumers, reducing the need to transport materials and parts over long distances, significantly reducing its carbon footprint.

By making it easy to create lightweight parts for everything from cars to airplanes, additive manufacturing not only uses less raw materials but can help lower fuel use, resulting in lower carbon emissions. While there has been a huge growth in metal AM, the industry is still in its infancy when it comes to manufacturing production parts.