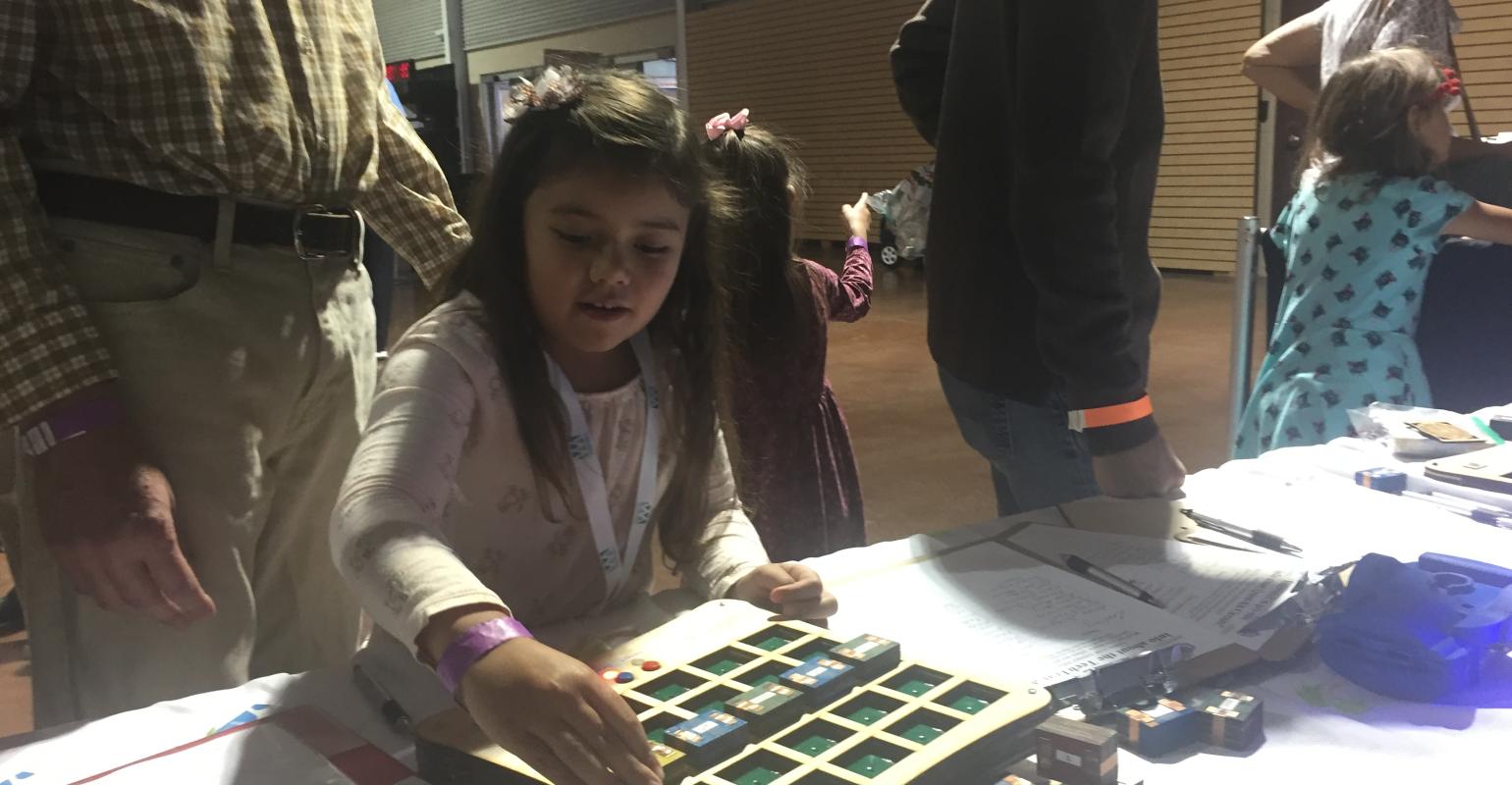 Lindsay “Linz” Craig, Design News’ 2017 Rising Engineering Star, is not a professionally trained engineer, but he certainly has the chops.

If you Google the name Lindsay Craig, you will no doubt learn about many interesting people. But none more interesting, established, or personable than Lindsay Craig (aka Linz Craig), Design News’ 2017 Rising Engineering Star.

Craig, who changed his name to Linz when he transitioned to a regional high school from his small town of Lincoln, Massachusetts -- “Google Linz Craig I come up on the first page. Google Lindsay Craig and I don’t come up at all,”
he says -- rarely has downtime to pursue his hobbies of music, snowboarding, cooking, and art.

In fact, it could be argued that his love of snowboarding sparked his impressive career. But let’s first tell you why
we chose Craig as the Design News 2017 Rising Engineering Star. At just age 35, Craig has devoted much
of his life to helping kids learn basic programming and math. He has traveled the world doing the same, and has created two start-ups. As you read on, you will find he also does piecemeal prototyping work for people who can’t afford the rates of a professional engineer but still want a prototype that is proof of concept.

Craig isn’t a professionally trained engineer, but he certainly has the chops.

He built his own major -- a combination of computer science, art, and education -- while an undergrad at the University of Massachusetts (UMass)-Amherst. “You have to pick 11 classes over the 300 level over the various areas of concentration,” he said. “It’s what you do when what you want to do doesn’t fit into the traditional degrees.”

While at UMass, he decided he would design video games for a living and set out with another student to create animation of a robot breakdancing. “No one explained to us how difficult this was going to be,” Craig said. “It was frustrating and I realized how much drudgery work it was, so I decided that animation wasn’t for me."

That was in 2006. His next move would be to crash on his brother’s couch in Colorado and spend some time snowboarding while “finding himself.” But he also needed money, so he decided to use the educational aspect of his degree and got a job teaching programming to middle- and elementary- school age kids at a local public school. “I kind-of stood out in the after-school program,” Craig said. “I found myself as one of the more knowledgeable people.”

Fast forward to 2010, when Craig -- in response to a Craig’s List ad -- started working at SparkFun as its Educational Outreach Coordinator. “It was a niche position. They were looking for someone that would come in with a fresh set of eyes,” he said. “I thought I was a round peg in a square hole until I got the SparkFun position – employers just didn’t know what my major meant.”

During his time at SparkFun, Craig helped develop and maintain its educational website, co-founded its Department of Education, developed technology curriculum, and developed and executed workshops and classes across the country. And that’s just the short list.

“At the beginning I didn’t know what half of this stuff was, but I knew it was so cool. I started to put in long hours and traveling all over the nation and sometimes the world, teaching,” he said. “I just put my head down and worked my butt off. It was an amazing opportunity.”

But, alas, SparkFun was “the wonderful, beautiful girlfriend that it didn’t work out with.” After working “really, really hard” for four years, Craig, coming out of a recent divorce and using work as a “pressure release,” simply burned out.

“It was really fun and I’m very proud of what I did at SparkFun. They are the reason why I am where I am and doing what I’m doing,” he said. “I was also looking for more of a challenge as well as room to grow. I felt like I was ready for something new. I did the worst thing you can do when you are burned out – I launched out on my own. I always look for silver linings.”

And that brings us to the next entry on Craig’s resume: the creation of LC’s LLC, where he had an “what I have done” moment.

“I didn’t quite realize that I had taken a running start and jumped off a cliff,” he said, of the start-up that most notably provides mentoring, tutoring, and professional development for the Ugandan organization, Fundi Bots. “Imagine a tech-oriented maker space that hasn’t gotten off the ground and is run out of some guy’s guest room by a whole bunch of people” who don’t have the educational background but the know-how by doing.

This is where Craig says he really gained his chops. Through LC’s LLC, he has delivered workshops in Rwanda, Uganda, and stateside, but also does some piecemeal prototyping work for people who can’t afford the rates of a professional engineer yet still need a prototype as proof of concept. Craig, who also helped Fundi Bots gain significant backing from organizations close to Unicef, plans to continue working with the organization in Africa in January.

At the same time, Craig decided he needed a steady paycheck and began working part-time for Zebulon Solutions, where he is prototype testing on a variety of client projects, as well as helping to secure new clients.

“I’ll always be considered a maker, but never an engineer. It’s a way to pay dues and get my foot in the door with engineering,” said Craig. “They are wonderful – they get the struggle of someone trying to get the engineering chops going the non-traditional route.”

Craig’s “real” job is working at QuestBotics Inc., a company he co-founded this year. He and his colleague provide original concept, hardware, software, business development, marketing and research, patent application writing and research to a variety of clients.

In fact, the day Design News spoke to Craig, he was wearing his QuestBotics hat in a classroom full of kindergarteners in Colorado. The students, as seen in the photo above, were testing out a robot by using blocks on a tray to control it.

“I know I will probably never work for NASA, but I can help them by making their future employees that much smarter,” he said. “I’ve been very fortunate.”