What Are The Keys To EV Success? 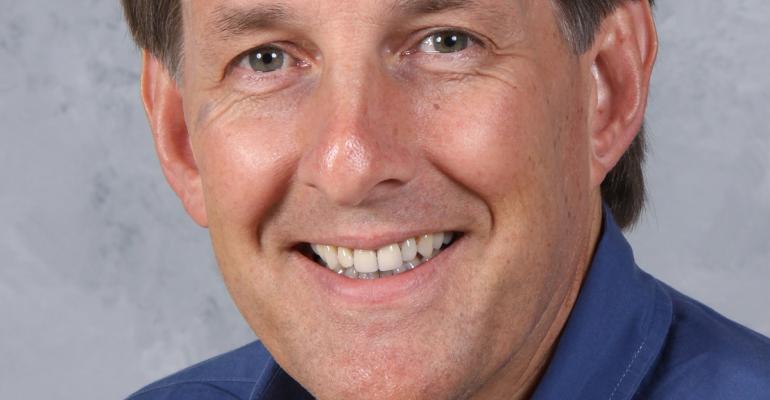 Ahead of his Keynote address at The Battery Show in Novi, Michigan, General Motors' Mark Verbrugge shares with us his thoughts on how EV progress will be made.

The two things most commonly mentioned that are holding back the growth of electric vehicles (EVs) is range and cost. Both of those areas are the subject of intense research by battery companies and auto manufacturers around the globe. Design News spoke with Mark Verbrugge, Director, Chemical and Materials Systems Laboratory at General Motors about the automaker’s efforts to find the magic that will let EVs travel farther and cost less. Verbrugge will provide one of the Keynote addresses at The Battery Show and Electric & Hybrid Vehicle Technology Expo 2019, in Novi, Michigan. His talk, titled “Standing on the Forefront of Battery Development” will be presented on Wednesday, September 11th.

Verbrugge has been involved in battery technology and electrochemistry for his entire career. “I did my training and graduate school in electrochemistry,” he told us. “I went to UC Berkeley because they had a strong photovoltaic program—a strong clean energy emphasis in their college of chemistry,” he added.

A Long Background in EVs

When it came time to apply his electrochemistry background, Verbrugge’s timing was good. “I came directly to GM from graduate school. I worked in fuel cells to begin with, and then quickly transitioned to batteries, which were becoming more promising for (our) applications. That was the first ten years of my career, I started in 1985 and the next ten years I spent as chief engineer for our electric and hybrid electric programs,” he said. This was an exciting time for EVs as GM had just announced its first production electric vehicle, the EV-1. “I was chief engineer for the EV-1. I had the energy system management responsibilities—the propulsion system as well as the battery system,” Verbrugge said. After GM terminated the EV-1 (in 2003), Verbrugge continued development of battery chemistries and for the last ten years has been a director of research labs at GM.

With that background, Verbrugge has some well-defined ideas about how to move EVs forward. "(We need to use) earth abundant materials to get low cost, but also we have to work on fast charge, that has to be a big deal going forward—it really isn’t there today; it’s there in concept vehicles and demonstration vehicles—but in terms of high-volume pervasiveness, it’s not,” he told us.

What are some of the lower cost materials under consideration and how can they be used? “Silicon is a major is a major emphasis for low cost materials, and it also enables fast charging. Today, all of negative electrodes are graphite. There is no pure silicon-based anode on the market. But, I think that will come in 5-10 years. Silicon is the most Earth-abundant material in the crust of the Earth,” Verbrugge said.

Silicon, at least on paper has some big advantages in replacing graphite as an anode material.  “The capacity of silicon is about 4,000 milliampere-hours per gram (mAH/gm), while the capacity for graphite is about 372 mAH/gm. So, silicon can hold much more. The number of mAH is an indication of the amount of lithium that can be held. Silicon can hold much more lithium,” Verbrugge told us.

One problem however, that researchers report with silicon as an anode has been its large volume change when storing lithium ions during the charging of a battery. “Now, if you take all of that capacity, 4,000 mAH/gm, you get pulverization and cracking and a whole lot of stress issues in the batteries,” Verbrugge said.

But there is another way. “On the other hand, if you control the voltage limits, such that you use about half the capacity, about 2,000 mAH/gm, you still are way above the capacity we use of graphite today, which is about 340 mAH/gm. So we can operate at about 2,000 mAH/gm, get a significant cost reduction and a significant increase in coulombic capacity which translates to an energy density increase. For the same size and weight, you are going to get more mileage for the customer. Or you can use the same mileage as today in a lighter battery. The main thing with silicon that people are learning is don’t try to abuse the material and get too greedy with it. Use about half the capacity, then you are in good shape,” he said.

While GM is concentrating on building new EVs, it is also working with others to help grow the infrastructure that will be needed for a truly electrified transportation system. “There are a lot of public-private partnerships. I hope to foster collaboration, especially to get the charging infrastructure up and running. This is not the kind of thing you want to take onto your shoulders exclusively. To get infrastructure to move along, people have to have confidence that there are going to be vehicles as well. I’d like to encourage collaborations and investments in the space,” said Verbrugge.

The GM research director has a long-term view of how that space will grow. “I have to think gas stations are a lot more expensive than putting up a Level 2 charger in parking lots and distributed charging stations,” he said. “I think in the fullness of time, we will be much more rational—you will be able to charge anywhere, it will be monetized for those who are providing the chargers, it will be easy to understand, and it will be paid for with technologies that link to the car directly. It will be far less cents per mile for the driver, and far more efficient for society. Infrastructure is a big piece of that long-term view when we have high-volume electrification.”

Verbrugge’s Keynote address, titled ““Standing on the Forefront of Battery Development”” will cover cost, range, charging, and other topics. The talk will be presented on Wednesday, September 11th at The Battery Show and Electric & Hybrid Vehicle Technology Expo 2019, in Novi, Michigan. He is looking forward to it. “I always get a lot of energy from these forums—I am among like-minded colleagues, typically. We are all trying to change the world and make it better. I went into this particular job area in part for that reason. So, I’ll get energy out of it. It will be fun!”