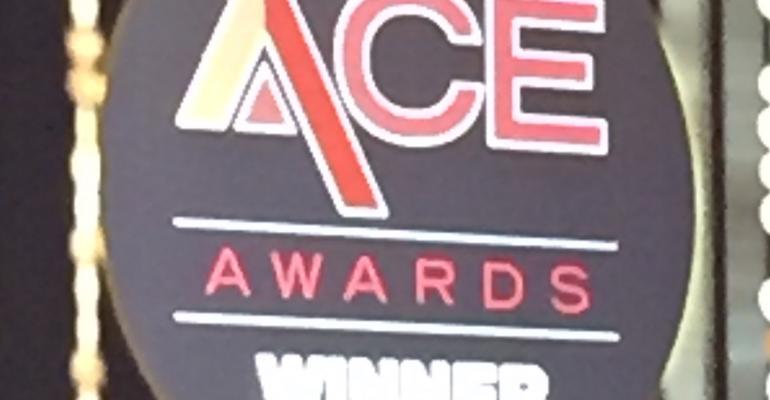 Twenty leading organizations and individuals received accolades for their trending new products, as well as several other awards, including company of the year, executive of the year, design team of the year, IoT product of the year, and the Tomorrow’s Reality Award.

Winners of the 2017 Annual Creativity in Electronics (ACE) Awards were announced during a live ceremony held at the San Jose Convention Center, in conjunction with Embedded Systems Conference (ESC) Silicon Valley.

Twenty leading organizations and individuals, including Ajay Bhatt, co-creator of USB, received accolades for their trending new products and accomplishments, as well as several other awards, including company of the year, executive of the year, design team of the year, IoT product of the year, and the Tomorrow’s Reality Award.

“We are honored to recognize some of the brightest minds in the electronics industry for their impeccable achievements at the 2017 ACE Awards,” said Nina Brown, vice president of events, UBM. “This is an industry that is continually on the cutting-edge of innovation and we are thrilled to have the opportunity to fully identify the impact that they are having on the world.”

In addition, the ACE Awards also honored Ajay Bhatt, former chief architect at Intel and co-creator of USB, with the Lifetime Achievement Award; and Daniel Beeker, principal engineer, NXP Semiconductor, with the first-ever ESC Speaker of the Year Award. The Jim Williams Innovation and Education Award, which is presented to an engineer who has made substantial contributions to the advancement of knowledge in the field of engineering and design by publishing his or her own technical articles, speaking at industry events, or otherwise sharing experience that adds to the growth of engineering, was presented to Jacob Beningo, embedded software consultant, Beningo Embedded Group.

Congratulations to all of our winners!