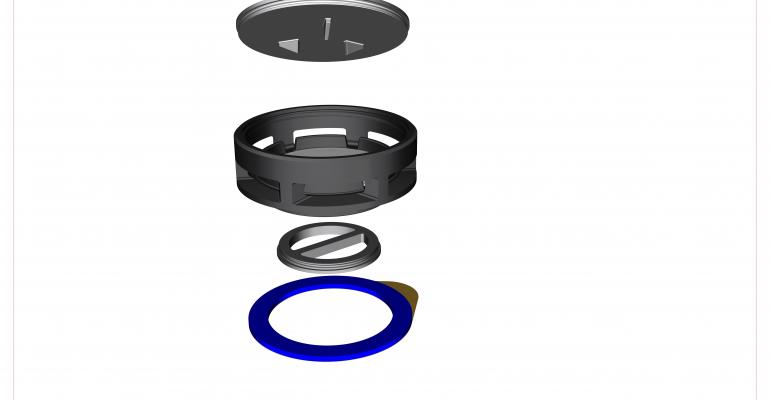 Lithium ion batteries are surprisingly fragile devices. They are made from thin strips of aluminum, graphite, polymers, metal oxides, and highly flammable organic liquid electrolytes. They are used in everything from laptops to military drones to electric vehicles. The individual cells that make up a lithium ion battery pack need protection, which is where battery enclosures come into the picture.

An enclosure for a battery can be as simple as a cell phone case or as robust as a steel box that takes up most of the space under the floor pan of a vehicle. In each case, the purpose of the enclosure is to protect the battery cells from damage while preventing the ingress of water and dirt and grime—an especially difficult task for an enclosure located under a vehicle.

In normal use, lithium ion batteries produce heat both while charging and discharging. The air within a battery enclosure is also heated and expands. The enclosure resists this expansion, resulting in a build-up of pressure. This pressure build-up can actually exert enough force on a battery enclosure to rupture its seals and deform steel structures. To avoid this unpleasant possibility, battery enclosures are equipped with venting systems.

“These forces might be easy to deal with over the short term. But over thousands of temperature changes in both directions, pushing out and pushing in, that is stressing the walls of the enclosure,” explained Jake Sanders, engineering manager, Applications Engineering Group, Donaldson Company, Inc., to Design News. “It’s stressing the seals of the enclosure. Even with a steel enclosure with rubber gaskets bolted together, those seals can fail when subjected to those pressures,” he added.

Breathing In and Out

The answer is to build a vent that allows air to travel out of and into the enclosure, while preventing water from entering. “We’ll vent the enclosure so there is never a significant pressure difference between the inside and the outside,” said Sanders. “Once pressure starts to build, the air passes through our protective vents. Our protective vents rely on a micro-porous polytetrafluoroethylene (PTFE) membrane. The material can allow air to pass through relatively easily, yet can withstand water pressures exceeding 80 psi for some of our smaller pore-size membranes.”

For an EV pack, the size of the vent will depend upon the volume of air in the pack. Typically, the vent is a round assembly that is 30 to 50 mm in diameter and about 10 mm thick (total including the housing that screws into the enclosure casing).

Most designs have four components: a body, an o-ring seal, a lid, and the porous membrane. Often, the vents used for vehicle batteries will also have a plastic cover that deflects the full force of pressure that might come from a car wash or driving at high speed through puddles.

There is another scenario in which venting a battery enclosure can become a safety concern. Under very rare conditions, a single cell or several cells in a vehicle pack could rupture or even ignite. This might occur due to a collision with another vehicle or as a result of running over a large piece of debris on the highway. The electrolyte of current generation lithium ion batteries is a highly flammable organic compound, and heat or sparks generated by damaged cells can cause a fire.

“The actual chemical reaction is intense and there are places in the pack that will reach extraordinary temperatures. At the point of the fire, 10,000°C can be achieved,” Sanders stated. “It might be thermal and electrical in some places—heat release from the chemical burning but also the stored up electrical energy playing a part. That diffuses out; Most of the components in the pack see probably hundreds and low thousands of °C. You are not melting the metal enclosure,” he explained.

“The rate at which you can create pressure in the enclosure, when you are converting the liquid in the cells into a gas phase and heating the air rapidly, can produce a pressure spike that is very aggressive,” said Sanders. “In a thermal event, in one minute, you can easily build up to 3,000 millibar (45 psi) of pressure. Our understanding is that most enclosures will explode at somewhere around 2,000 to 3,000 millibar. With a pack that does not have active pressure relief, you are going to hit those pressures in a thermal event,” he said.

The standard EV vent for the enclosure can’t relieve this much pressure. “You cannot push air through a water-repellent membrane (of the standard vent) fast enough to handle this type of thing,” explained Sanders. Surprisingly, the normal vent also probably won’t blow out under these conditions. “In a normal design, because of the small size of the vent, the vent can actually withstand those sorts of pressures. You have a situation where the box blows up before the vent does—which is not what you want,” said Sanders.

Donaldson Company, Inc. has developed an active vent that can deal with thermal events within the enclosure that, if unvented, would cause an explosion. “The most straightforward concept would be to use an elastomeric valve that can only open one way. Normally, pressure from the outside helps seal the valve tighter. From a build-up of internal pressure, you can design it to open between 20 and 1,000 millibar—under 100 millibar is typical. Unlike the membrane, once the elastomeric valve opens, you have a straight shot out—actual holes that you can see through and that the gas can pass through much faster,” said Sanders.

Another advantage of positively venting the gases during a thermal event is that it is possible to direct the danger away from the bottom of the doors and occupants as they exit the vehicle. Active venting can give more time to exit a vehicle after a collision and greatly reduce the chance of an explosion of the battery pack. By planning the measures that can be taken under the worst case, systems like active venting are making EVs safer.

Jake Sanders from Donaldson Company, Inc. will be presenting a talk titled, “Under Pressure: Protecting Battery Enclosures with Passive Dual-Stage Venting,” at The Battery Show in Novi, Michigan on September 11-13.