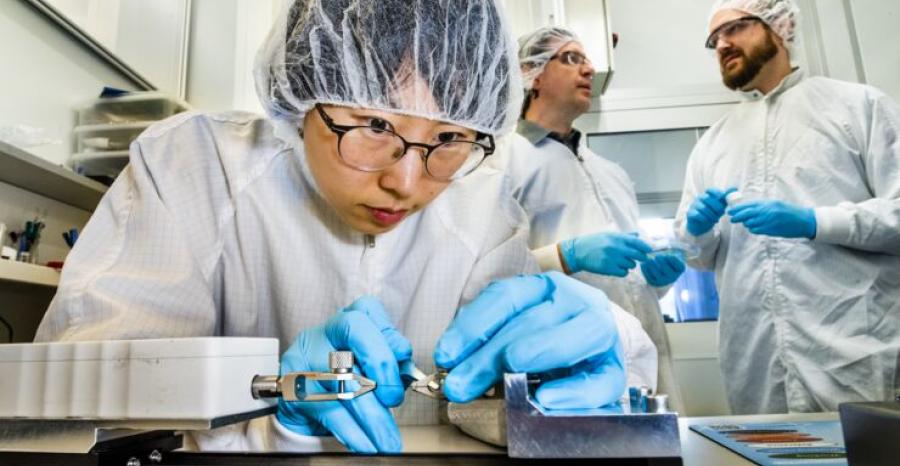 Novel Material Eyed to Create Flexible Thermoelectric Generator for Wearables
Apr 24, 2020
A combination of three materials provides various properties for a composite that can be used to print devices that can harvest energy...

Skin-Like Sensors Bring Human Touch to Wearables
Mar 09, 2020
AISkin, new technology developed by University of Toronto researchers, is well-suited for use in health...

Top 10 Electronic-Enabled Tech Highlights From CES 2020
Jan 15, 2020
Not all cool tech involves robots and autonomous cars. Here’s a list of the other pretty cool electronic tech featured at the show.
Fuel cell for wearables runs on sweat
Nov 20, 2019
Researchers in France and California have developed a flexible device that can be worn on the skin to power electronics.

So What Does Google Want With Fitbit?
Nov 08, 2019
There's much more to Google's acquisition of Fitbit than hardware, or even healthcare.

Carbon Nanotube-Based Fabric Could Double as Charger for Electronics
Aug 10, 2018
Engineers at the University of Cincinnati have partnered with Wright-Patterson Air Force Base to create clothing that can charge mobile phones and other devices.