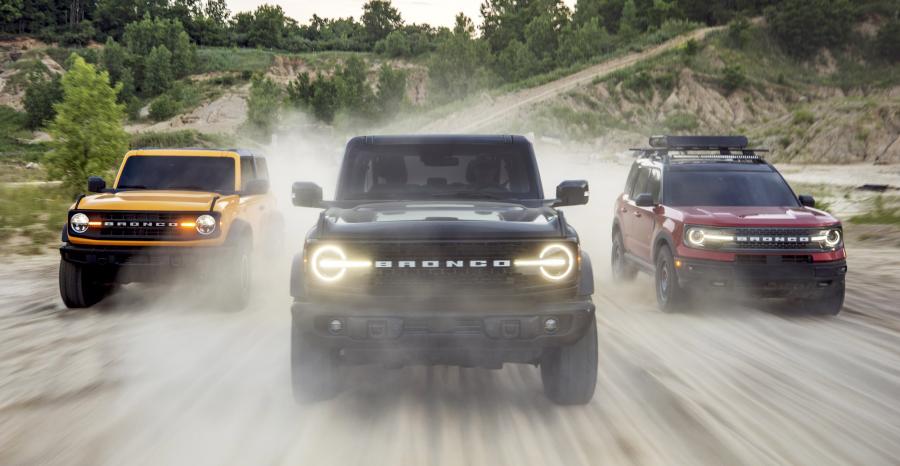 The New 2021 Ford Bronco is Finally Here!
Jul 14, 2020
After nearly a quarter-century of waiting, Ford Bronco fans finally get a look at the new version of Ford's classic off-road challenger...

Land Rover has been Defending the Realm Since 1948
Apr 30, 2020
World Land Rover Day is a great excuse to take a look at the evolution of the original Land Rover into the Defender over the decades.

The Latest on GMC's 2022 Hummer SUV and Pickup
Mar 09, 2020
The upcoming all-electric SUV and SUT bear a strong resemblance to each other.

8 Heart-Racing New Rides You Will Love
Feb 14, 2020
The upcoming Ford Bronco is America's sweetheart in more states than any other new vehicle.

Revolutionary GMC Trailer Brakes Chop 40 Feet From 60 MPH Stopping Distance
Jan 27, 2020
GMC applied its eBoost brake-by-wire technology to a heavy trailer and now the truck stops as if the trailer isn't even there.

GM Will Revive Hummer As An Electric Off-Roader
Jan 17, 2020
As a GMC model, Hummer will relaunch with a battery electric pickup truck.

Remembering 6 Key WWI Vehicles For Veterans Day
Nov 11, 2019
The experts at Haynes repair manuals have identified the most significant vehicles of The War to End All Wars.

Windshield Wiper Motor Provides High Torque in Tight Quarters
May 15, 2019
High-strength composite gear train is smaller and lighter for use in heavy-duty vehicles where space is at a premium.