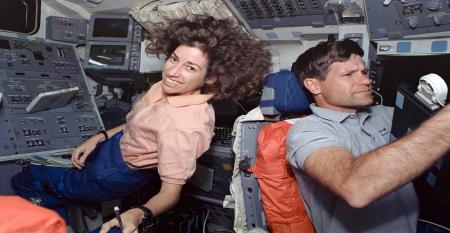 Want Great Engineers? Here Are the Best of the Past 150 Years
Sep 21, 2021
Here’s our list of the most notable engineers, inventors, and technical wizards of the past 150 years.

Prototype Failures Expected for SpaceX Starship
Mar 21, 2021
Even though it ended in a ball of fire, the latest SpaceX SN10 Starship mission could be a success.

New Priorities May Alter 2021 Space Missions
Jan 11, 2021
The space community has ambitious plans but a new administration in the U.S. may tweak the priorities.

Why is Software Development Different in Aerospace?
Oct 26, 2020
Software creation for space and aerospace applications is very different from consumer markets.

Space Archeologists Uncover Past and Project Future
Jun 25, 2020
The accidental discovery of a 1940s radiosonde in New Mexico reveals the obscure study of space archeology.

Spaceship, Rocket and Space Station Firsts
Jun 08, 2020
These images attest to just how much space travel has changed since the early 1960s.

SpaceX Crew Dragon Perfected by Continuous Development
May 27, 2020
Engineers have made numerous improvements and changes since the capsule's 2014 introduction in Washington, D.C.

Space Batteries go from Infinity to Even Further
May 26, 2020
Knowing the right battery and recharging mechanism for the mission is critical in space travel.

SpaceX Emergency Abort Test Mission
Jan 31, 2020
This is a successful mission that only looks like a failure.

US Space Missions To Watch In 2020
Jan 21, 2020
This year will see missions to Mars, the Moon, space exploration with cubesats, hundreds upon hundreds of communication satellites, space tourism and more.

Top 10 Internet of Space rocket builders
Nov 26, 2019
Can you name the leading private companies and nations that have the launch capability to maintain a presence in space?
Load More