HomeStubWill Generation Z be the salvation of U.S. manufacturing?
Recent
Mercedes-Benz Sustaineer Concept Electric Van Scrubs the Air While it Drives
Oct 28, 2021
Spooky Halloween Tech Is Here. Just Look at These Doozies
Oct 27, 2021
Halloween? What a Perfect Time to Think About Generating Electricity From Blood!
Oct 27, 2021
Ghosts of Medtech: What Ever Happened to These 7 Medical Devices?
Oct 27, 2021
POLL
How to Survive a Zombie Apocalypse
Oct 27, 2021
America's Supply Chain Crisis by the Numbers
Oct 27, 2021
Want Scary Stuff for Halloween? Check out the Tech for 2021
Oct 27, 2021
How Apple Influenced Medical Packaging
Oct 27, 2021

Will Generation Z be the salvation of U.S. manufacturing? 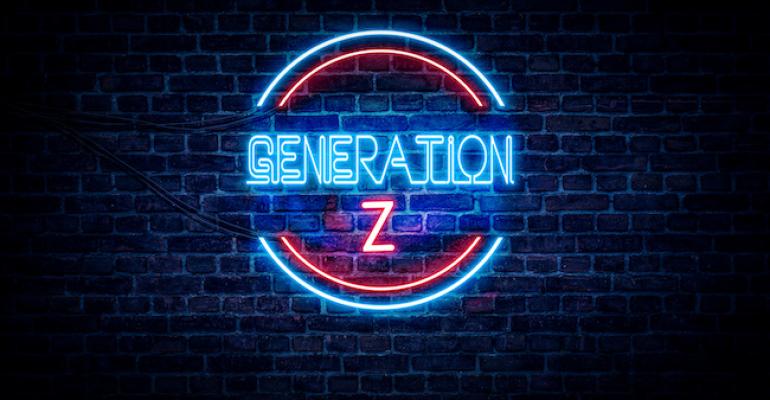 Eighteen to 22 year olds are more likely to consider a career in manufacturing than previous generations. But you might have to retool the way you run your business if you want to attract and, more importantly, retain those young workers.

A recent survey gauging public perception of manufacturing in the United States had some good news for manufacturers: Generation Z (those born between 1997 and 2012, for the purposes of the survey) looks more positively on manufacturing than preceding generations and is more inclined to consider a career in that field.

The annual L2L Manufacturing Index conducted by Leading2Lean (L2L; Sparks, NV) found that 18 to 22 year olds are more likely to have had a counselor, teacher or mentor suggest they look into manufacturing as a viable career when compared with the general population. One-third (32%) of Generation Z has had manufacturing suggested to them as a career option, compared with only 18% of millennials and 13% of the general population. They are also more likely to consider working in the manufacturing sector and are less likely to view it as an industry in decline than other cohorts. The survey was conducted in the summer of 2019.

The news is especially welcome when you consider that there are currently more than 520,000 open manufacturing jobs in the United States, according to the National Association of Manufacturers. Moreover, 2.4 million manufacturing jobs will go unfilled during the new decade, according to projections from Deloitte. But there are a few things you should know regarding the expectations of this workforce if you want to hire and, more importantly, retain those young workers. Keith Barr, President and CEO of L2L, which provides cloud-based Lean Execution System software that provides full operational visibility, has some thoughts about that.

The uptick in interest in manufacturing among Gen Z revealed by the survey was a “good surprise,” Barr told PlasticsToday. The growth in science, technology, engineering and math (STEM) programs and outreach to schools by local manufacturers seem to be bearing fruit, he said. The timing is propitious, as baby boomers retire en masse and millennials show little interest in manufacturing.

Baby boomers are leaving behind a replacement skills gap, said Barr, but many of those jobs will be filled by automation. “The skills that will be needed going forward are quite different.” Somewhat serendipitously, the level of automation and technological sophistication that exists in advanced manufacturing today is aligned with the skill sets and interests of Gen Zers.

They are comfortable with the rapid pace of technological change that sometimes befuddles older generations of workers. They also embrace gamification, a concept that is often misunderstood in the manufacturing space. “It’s not about playing games,” stressed Barr. “It’s about appealing to employees on a more psychological level, satisfying their personal interests and motivating them.” L2L has a gamification platform that engenders a spirit of competitiveness and transparency, Barr explained, allowing folks to engage and be more accountable but also giving them the opportunity to influence their work environment. It gives employees access to data that allow them to effect change and make improvements.

“Today’s workforce wants the ability to access every element of data and collaborate on a broader scale than in the past. The systems in place typically don’t support that,” said Barr. “Young employees want to be able to define their workflows and take ownership—a little bit of citizen IT—and that will result in better quality, higher throughput and  lower costs.”

The notion of citizen IT was coined by the CIO of GE, and “it has been our focus since the founding of L2L about 10 years ago,” said Barr. “Our platform provides the ability to flexibly define processes and attributes at a granular user level. Standards and controls are built in, but it basically allows the user to make changes without going through the IT department. Young workers want to feel that they have some control over their own destinies, that their efforts are validated by the fact that they can drive improvement in the company and see the results,” said Barr. And, oh yes, they also expect a certain amount of flexibility in work hours.

Creating a work environment that is welcoming to Gen Zers will require a change in the mindset of some employers. Gen Z workers want their professional and personal lives to be in alignment. The employer's role in that aspiration is to be "open in terms of explaining where you are trying to go and what you are trying to do.” If that alignment is there, you may have found yourself a loyal employee. “Gen Zers are not flighty—they are purpose driven and want to be sure the organization they are with is in alignment with their goals. As long as that is the case, they will stay very committed,” said Barr.