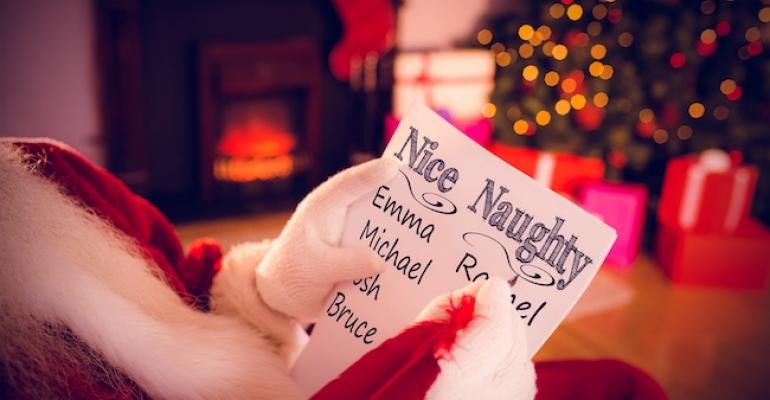 From a plastics industry perspective, here are our naughty and nice lists. Surprisingly, two beverage giants showed up on both.

It’s time to draft the naughty and nice lists for 2019 and see which companies deserve to be rewarded and which ones will get a lump of coal in their stocking.

Let’s start with the naughty ones. First in line are all the companies that abandoned the Plastics Industry Association (PLASTICS) out of fear they won’t be perceived by consumers as being “green” but, rather, in cahoots with the planet’s number one enemy. (It’s really too bad that PLASTICS changed its name from the former SPI acronym—it would have been less noticeable to the activist groups.)

Dropping their membership in PLASTICS is one way these big brand owners can get the activist groups off their backs, at least for a while. There’s no guarantee that the anti-plastic activists will not pursue packaged consumer goods companies to the ends of the earth to get them to stop using plastic in any form.

These companies caved to pressure from activist organizations that do not understand polymer science. By leaving the association, these consumer goods companies are also acknowledging that science means nothing in their business, even as most of these companies use science to develop their products.

So, which companies made the nice list? While I gave PepsiCo and Coca-Cola each a lump of coal for deserting the plastics industry’s trade association, these two companies also get a big candy cane for being nice.

Coca-Cola CEO James Quincey stated last month that the drinks company is “committed to collecting and recycling plastic bottles rather than switching to aluminum cans” to reduce its carbon footprint. Coca-Cola also belongs to the Every Bottle Back initiative of the American Beverage Association, which aims to collect every PET bottle out there and get it recycled. Quincey stated that recycling PET is the goal and that Coca-Cola “has no plans to reduce its own use of plastics.”

PepsiCo joined the Alliance to End Plastic Waste with a goal of “building a world where plastics need never become waste,” said Kirk Tanner, CEO, PepsiCo Beverages North America. “We are proud to collaborate with others in the industry and respected partners to advance that vision and to do the hard work needed to educate consumers, enable collections and inspire action to recycle our plastic bottles. More recycled plastic lessens the need for new plastic.”

Procter & Gamble gets on the nice list for its CEO’s efforts with the Alliance to End Plastic Waste. In January of this year, P&G CEO David Taylor was named chairman of the alliance. In April, P&G committed to reduce its use of virgin plastics by 50% by 2030. With so many cities and states demanding that more markets be created for recycled plastics, this should go a long way toward achieving that goal.

And a big candy cane goes to all those companies that recognized that plastic waste—most of which originates from the actions of careless people—is not acceptable, but that plastic is a valuable material that provides many economic and eco-friendly benefits to the world and should be recycled.

Is there a company or organization that you would like to see on the naughty or nice list? Tell us in the comments box below.