HomeStubWarming Up to Catalytic Converters on Earth Day
Recent
Researchers Study an Impenetrable Vintage Atari Game Algorithm
Nov 24, 2021
Black Friday and Cyber Monday – Fighting Chip Shortages and Cybersecurity
Nov 23, 2021
Design News Celebrates 75 Years
Nov 23, 2021
8 Great Car Gadgets to Update Your Ride
Nov 23, 2021
POLL
General Motors Charges to the Aid of Dealers Installing EV Charging Stations in their Communities
Nov 23, 2021
The Fundamentals of AR and VR – and how the Military Is Using Them
Nov 22, 2021
10 Best Family Cars for Going Over the River and Through the Woods
Nov 22, 2021
Smart Packaging is Seamlessly Powered by Humans
Nov 21, 2021

Warming Up to Catalytic Converters on Earth Day

A look at why automotive catalytic converters have been called "one of the greatest environmental inventions of all time."

The U.S. Clean Air Act of 1970 brought sweeping restrictions on sources of pollution just months after the first Earth Day April 22 of that year a half-century ago.

Cars, it was turning out, were substantial contributors to air pollution and smog was not only choking obvious places like Los Angeles, but also cities such Louisville, Ky., Phoenix, Ariz., and Tacoma, Wash., that aren’t normally considered pollution trouble spots today. This is seen in photos from the Environmental Protection Agency’s Documerica program that photographed the impact of pollution in 1970.

In response to the Clean Air Act, and a tightening of the rules in a 1990 update to the act, carmakers were required to virtually eliminate most of the so-called “criteria” pollution produced by cars. The principal criteria emissions are carbon monoxide, oxides of nitrogen, unburned hydrocarbons and particulate material, along with ammonia and sulfur. Sulfur is primarily a concern for diesel-powered vehicles because of that element’s presence in diesel fuel.

Manufacturers responded by developing catalytic converters, a technology invented by French engineer Eugene Houdry in 1950 following the release of early smog studies in Los Angeles. According to the industry-backed web site, catalyticconverters.com, the Engelhard Corporation created the world’s first production catalytic converted in 1973. 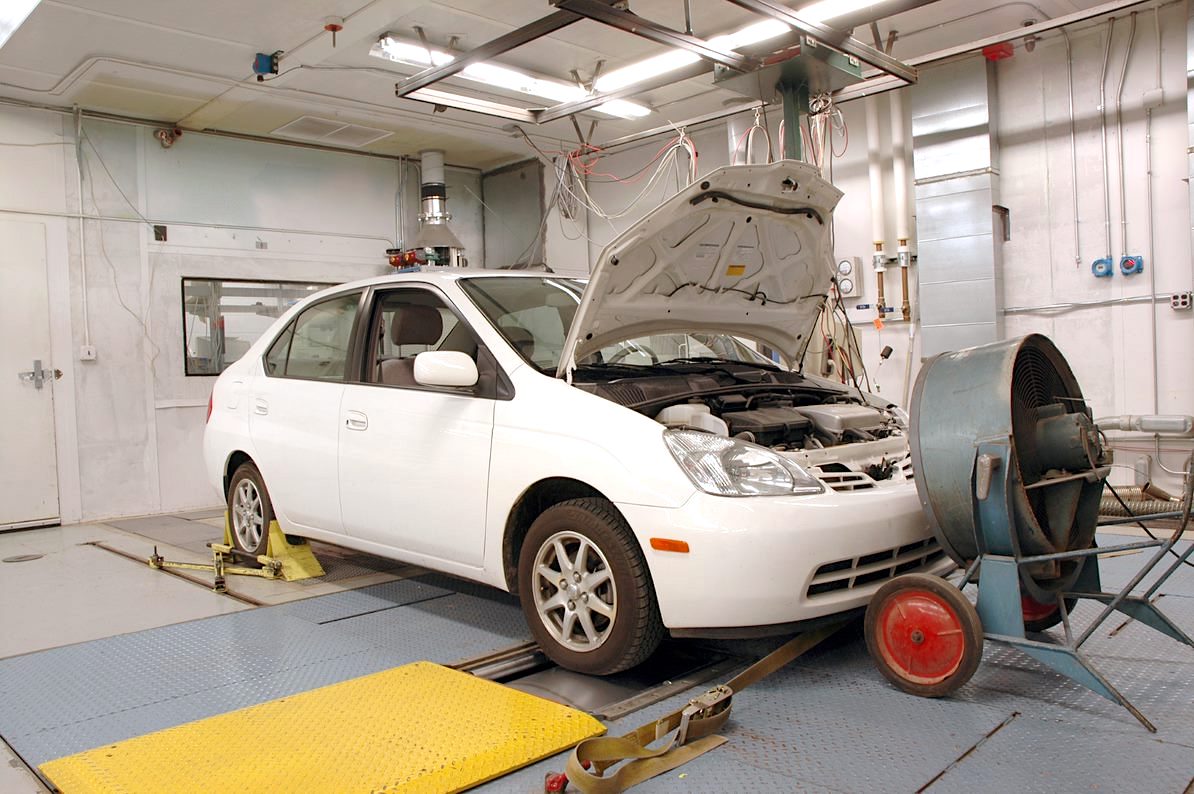 Catalytic converters employ precious metals such as platinum and palladium layered onto a ceramic honeycomb, which, when heated, facilitates the breakdown of pollutants into benign constituent elements, water, and C02. Some converters have also used ceramic beads coated with precious metal, but honeycombs have become the industry standard, as manufacturers have increased efficiency and reduced the amount of precious metal needed.

"EPA vehicle emissions standards directly sparked the development and implementation of a range of technologies,” said an EPA spokesperson in a statement provided to Design News. “The automotive catalytic converter, in particular, is considered to be one of the great environmental inventions of all time. Compared to 1970 vehicle models, new cars, SUVs and pickup trucks are roughly 99 percent cleaner for common pollutants (hydrocarbons (HC), carbon monoxide (CO), nitrogen oxides (NOx) and particle emissions). New heavy-duty trucks and buses are roughly 99 percent cleaner than 1970 models.”

Indeed, a 99 percent reduction in pollution is surely one of the great environmental inventions of all time. Those improvements didn’t come easily, as early carbureted cars did not perform well, in terms of pollution, power delivery or drivability. 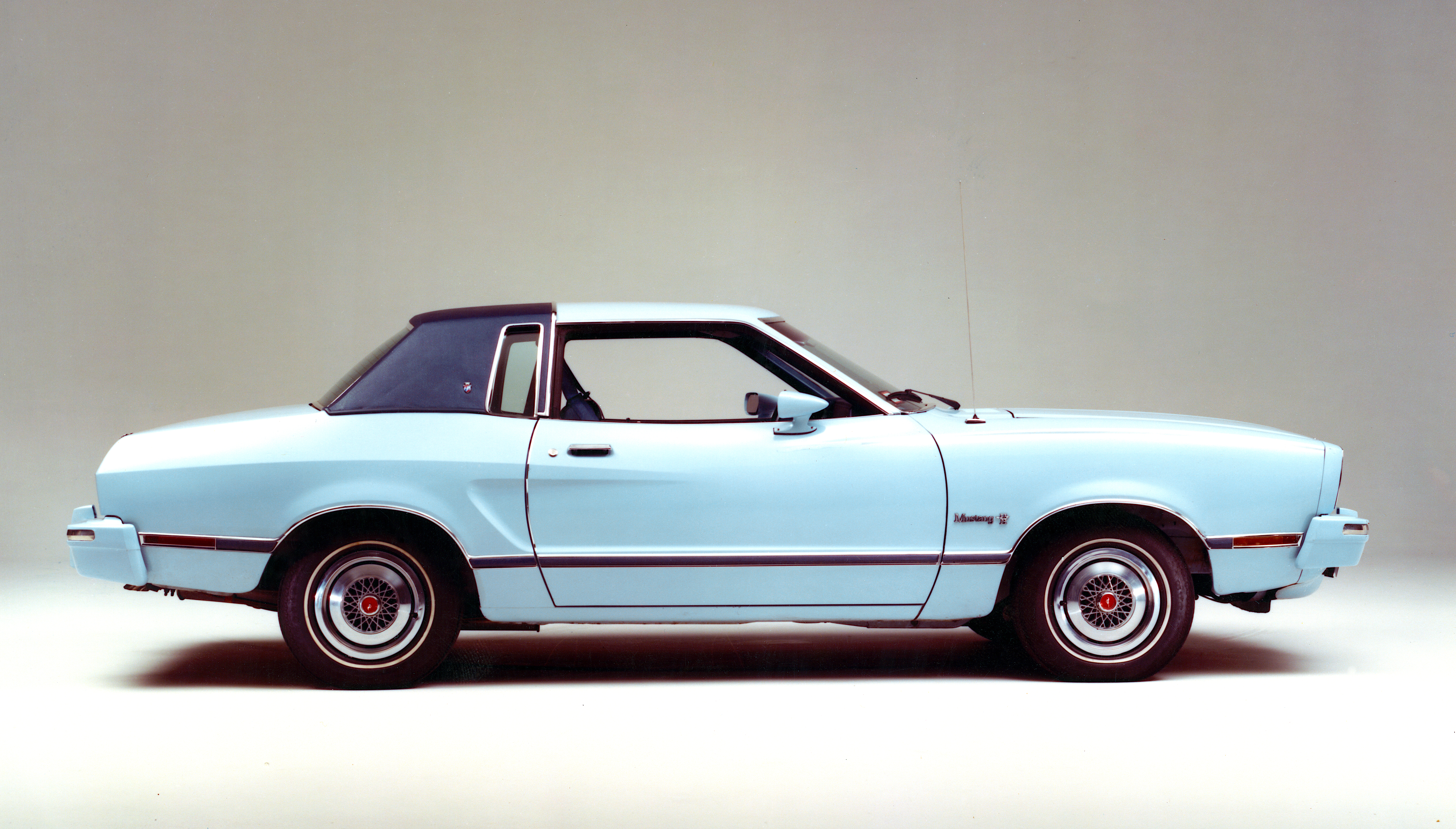 Ford introduced catalysts to most of its cars for the 1975 model year, in response to tightened federal standards and much more restrictive requirements in California. California mandated reductions of 94 percent for HC, 90 percent for CO and 67 percent for NOx compared to the completely unregulated cars of a decade earlier, according to Ford’s press release for its 1975 cars.

To meet these rules, all California-bound 1975 cars were fitted with catalysts, and most of the so-called 49-state cars that went to the rest of the country also did, with those powered by the company’s smallest engine at the time, the overhead cam 2.3-liter four-cylinder, as the only exception.

Every 1975 Ford switched from classic points-style ignition to more powerful electronic ignition and from carburetors with traditional fuel jets to ones using more-precise metering rods instead. Additionally, the switch to unleaded fuel that was necessary to protect the function of the catalytic converter necessitated a switch to hardened exhaust valves, which were previously lubricated by the lead additive in the fuel.

The result of these changes was less power from engines across the board. The sporty Mustang II Mach I, equipped with the 302 small block V8 was rated at a paltry 140 horsepower, compared to 220 hp for the equivalent Mustang engine in 1969 and 290 hp for the uprated Boss 302. It was even worse for the California model, which produced only 122 hp from its once-muscular small block 302.

But the same Moore’s Law that has made our PCs and phone so powerful has also provided smart engine management systems to coordinate fuel injection systems with the exhaust aftertreatment devices to virtually eliminate pollution once the car’s engine and its catalytic converter have warmed up to operating temperature.

By 1995, that same Ford 302 V8 in the Mustang had been restored to 215 hp in regular trim and 240 hp in high-output configuration, while producing even less pollution to meet the tighter pollution limits of two decades later. Naturally, progress has continued during the quarter-century since.

“Today’s catalysts and filters have a very high efficiency of above 95-to-98 percent reduction rate of pollutants like hydrocarbon, carbon monoxide, nitrogen oxide and particulates,” noted. Rolf Brück, Head of Catalysts and Filters, Vitesco Technologies, which is a division of Continental.

The challenge is getting the catalyst to operating temperature as quickly as possible on start-up, because that is the period when most pollution is created by today’s clean cars. Indeed, 70 to 80 percent of emissions escape during the first seconds after startup, according to Brück. This is a particular challenge for short-distance trips, he added.

Worse, technologies intended to help improve efficiency and reduce emission of greenhouse gases like carbon dioxide (which, as an inert gas, was never considered a pollutant at the dawn of the emissions control era) can exacerbate the problem of keeping the catalyst in its hot operating temperature range.

Diesel engines have cooler exhaust temperatures, especially in urban driving, he pointed out. Diesels in city driving at low load is a challenge because the temperatures are so low that the catalysts are not working in an efficient way,” said Brück.

Similarly, modern gasoline vehicles equipped with automatic engine stop/start systems, and especially hybrid vehicles, whose combustion engines may be off for extended times, make it difficult to keep the catalyst working properly.

“The future exhaust systems have, for example by thermal management through active catalyst heating, the task to clean the emissions in a robust way independent from driver behavior or environment,” he explained. “The same is true for electrified vehicles like hybrids. Here the challenge is to get the catalyst on working temperature respectively to keep it on working temperature when the car is driven electrically.”

The solution, as it has been over the lifespan of catalytic converters, will be the continuing application of technology to control circumstances as precisely as possible. “The right combination of electrification and catalyst thermal management is able to reduce emissions even further while also reducing fuel consumption and thus CO2,” Brück concluded.

The result is cleaner automotive exhaust and clearer skies than the most optimistic forecasts could have predicted on Earth Day 1970. 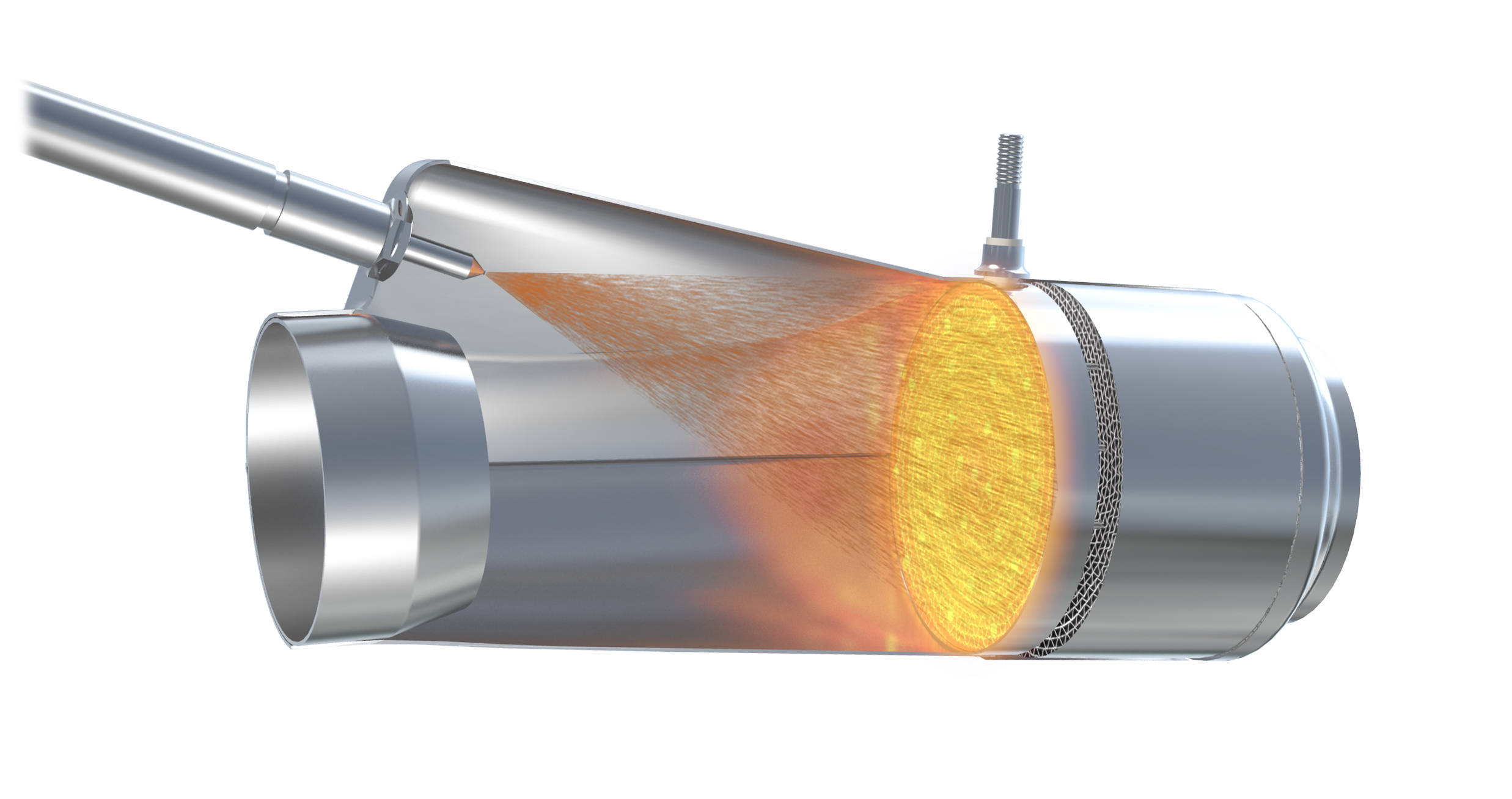