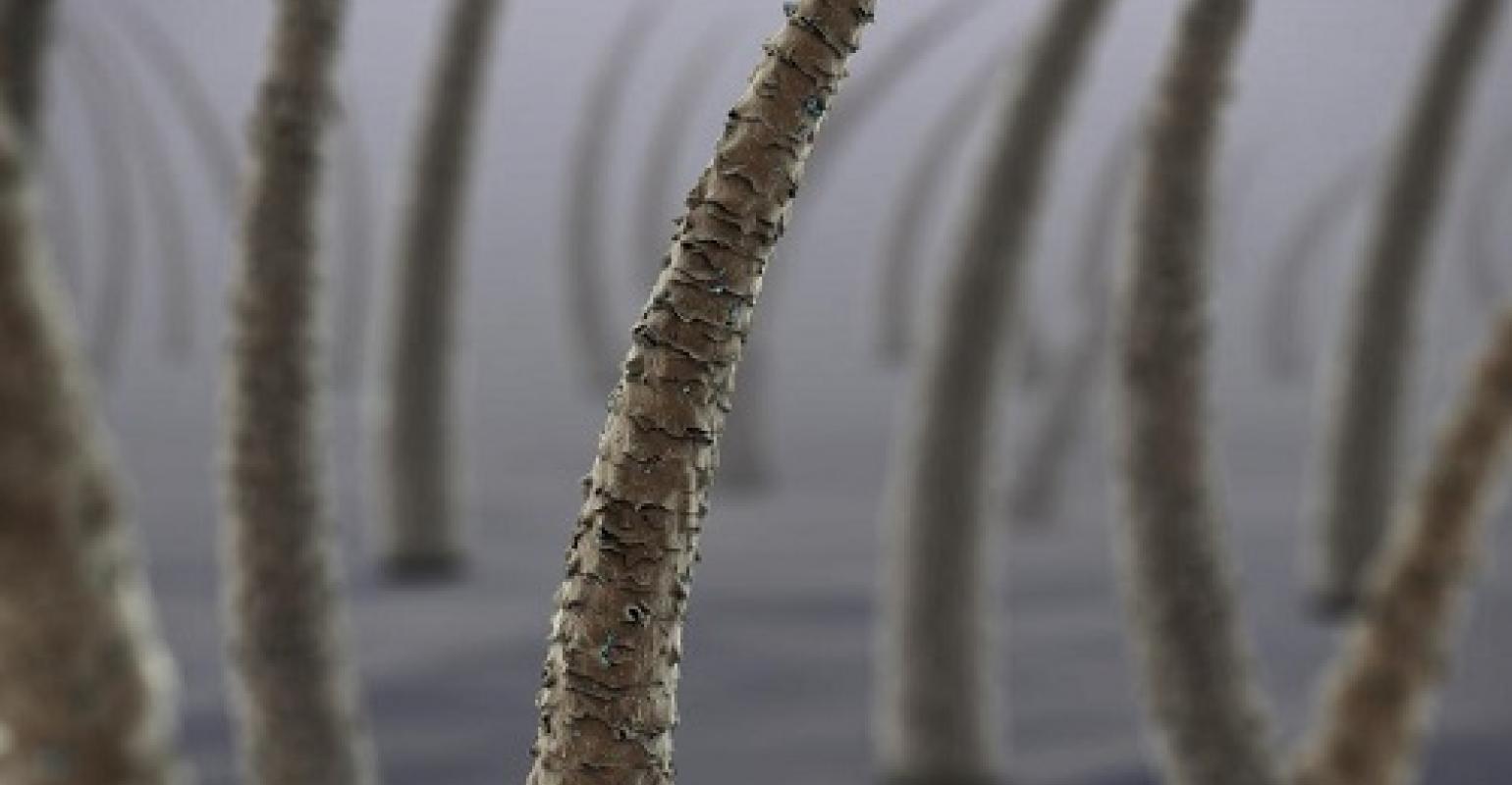 Researchers have studied why human hair is so strong to inform the design of new synthetic materials, including polymers for body armor.

Observations researchers have made about why human hair is so strong and resistant to breaking could form the basis for the development of new synthetic materials, including polymers that could be well-suited for body armor.

Human hair has a strength-to-weight ratio comparable to steel and can be stretched up to one and a half times its original length before breaking. Understanding why this is so was the aim of a cross-disciplinary team of mechanical engineers and nanoengineers at the University of California San Diego.

Researchers observed at the nanoscale level how a strand of human hair behaves when it is deformed, or stretched. What they found was that hair behaves differently depending on how fast or slow it is stretched; the faster hair is stretched, the stronger it is, they said.

Marc Meyers, a professor of mechanical engineering at the UC San Diego Jacobs School of Engineering, said one of the interests the team had in studying the strength of human hair dates back to Roman times, when horse and human hair was used to propel powerful war machines called the ballistae, he said. Ballistae were ancient missile weapons that could hurl projectiles at a distant target.

“We discovered that the keratin in hair, because of an alpha-to-beta transformation occurring on stretching, can store a large amount of energy,” he told Design News in an interview. “We therefore confirm the soundness of the use of hair for the ballistae.”

The reason hair can be stretched so far and even gain strength lies in how its structure changes, according to the researchers. Hair consists of two main parts--the cortex, which is made up of parallel fibrils, and the matrix, which has an amorphous structure. The matrix is sensitive to the speed at which hair is deformed, while the cortex is not.

The combination of these two components gives hair the ability to withstand high stress and strain, Meyers said, a phenomenon that researchers observed at the nanoscale.

At this level, it could be observed how the cortex fibrils in hair are each comprised of thousands of coiled spiral-shaped chains of molecules called alpha helix chains. As hair is deformed, the alpha helix chains uncoil and become pleated sheet structures called beta sheets. It’s this structural change that allows hair to handle a large amount deformation without breaking, according to researchers.

“Nature creates a variety of interesting materials and architectures in very ingenious ways,” Meyers said of the findings. “We’re interested in understanding the correlation between the structure and the properties of biological materials to develop synthetic materials and designs--based on nature--that have better performance than existing ones.”

Another interesting observation researchers made is that the structural transformation hair undergoes when stretched is partially reversible, they said. When hair is stretched under a small amount of strain, it can recover its original shape, but if stretched further, it cannot.

This and other research conducted by the team led them to believe their work could be used to develop new materials, including polymers that could be used for the future design of armor, Meyers said.

“We are not predicating the use of hair, but we propose that synthetic polymers undergoing a similar reversible phase transition can be developed and would be excellent candidate materials for the fibrous component of armor,” he said.

Meyers is the lead author on a paper the team published about its work in the journal Materials Science and Engineering: C.

The team is currently conducting further studies on the effects of water on the properties of human hair and plans in the future to observe the detailed mechanism of how washing hair causes it to return to its original shape.