Engineering Career & Salary Survey – Are You Getting Paid Enough? 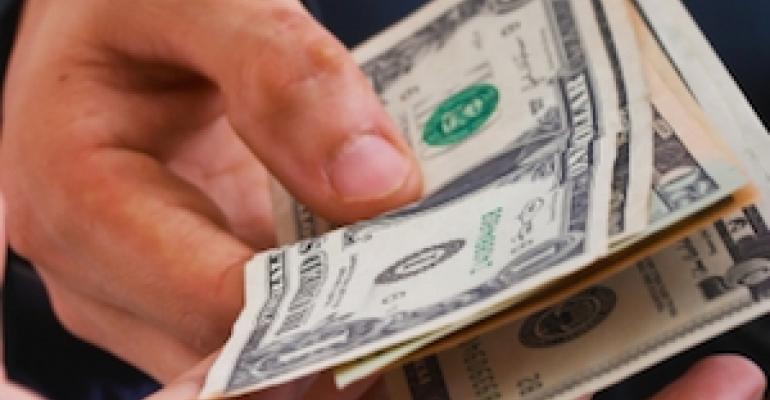 More than 1100 survey respondents across the United States weigh in with salary and career information, including their concerns about engineering, compensation totals, areas of engineering focus, career planning, opportunities for continuing education, and more.

In Q4 2016, Design News conducted a survey of engineers’ career and salary information. What follows is  question-by-question data based on 1150 survey respondents from across the United States on a wide range of job- and career-related topics including salary and compensation totals, areas of engineering focus, career planning, opportunities for continuing education, and more.

Design News Senior Editor Rob Spiegel will present this data in the presentation, Are You Getting Paid Enough? - Results from the Design News Salary Survey, at the Design and Manufacturing Conference in Anaheim on Feb. 7 , 2017, at 11:45 am.

What best describes your career?

What is your organizations principle function?

The types of organizations represented in the survey were spread out with an emphasis on manufacturing and production at more than 40%. Other functions include R&D, equipment design, mechanical system design, automation and control, and systems design.

What is the total sales volume of your organization?

Nearly 40% of the engineers who responded work at billion-dollar companies. Fewer than 20% work at companies with $10 million or less in sales.

In what industries does your organization participate?

How long have you been in engineering?

Of the respondents, the number of engineers who have been in their career for 30 or more years was high at 30%. Very few of the respondents have been in their careers for fewer than 5 years. That fits with the anecdotal information we see about Baby Boomer retirees who are not being replaced. Many companies are turning to automation tools to reduce their staff, even engineers. New software and equipment require less programming. Much of it is configurable, thus require less expertise to deploy and maintain.

What is your primary job function?

The work among the survey respondents is a blend, with an emphasis on product and system design. Other duties include R&D, manufacturing engineering, and test and evaluation.

Has your organization been involved in a merger or acquisition in the last year?

Is your job more secure this year over last year?

A hearty 80% of respondents feel their job is either more secure or about the same. Only 20% feel their job is less secure. This is probably a function of a slow-but-steadily growing economy mixed with a shortage of people trained in industrial technology. Again, we’re seeing Baby Boomers retiring in great numbers without a sufficient young technical workforce to replace them. Add to that a consistently growing economy over the last eight years the result is a sense of job stability for engineers.

How satisfied are you with your job?

Generally, the survey respondents like their jobs. Two-thirds of the respondents are either very satisfied for somewhat satisfied. Fewer than 20% consider themselves dissatisfied.

What is your age?

The age of survey respondents ranged from 23 to 84. The average age is 43 years.

Are you currently looking for a new job?

Fewer than 15% of respondents are actively seeking a new job. More than 50% are not looking at all. This may be another indication of a generally satisfied engineering community.

What is your current salary?

The average salary was $98,000, significantly higher than PayScale’s average for design engineers ($64,762), and almost 20% higher than the Bureau of Labor Statistics median for mechanical engineers ($83,590).

Here's the breakdown by pay range:

Have you received a raise in the last year?

Annual raises are clearly not automatic, with nearly 30% not receiving an annual raise during the past year. More than 70% of respondents did, however, get an annual boost in pay.

Was the raise a result of a promotion or increased responsibilities?

About 85% of the annual raises received by survey respondents were given without a corresponding increase in job responsibilities, revealing that the age-old annual compensation increase engineers receive for conducting their job effectively is still available.

What was the percentage increase of your last raise?

The average annual raise in America during 2016, according to Mercer's 2016 US Compensation Planning Survey, was 2.9%. For management, it was 3.1 percent. More than 40% of the respondents received a 3% raise, by far the most common raise. As shown in the data below, a smaller 2% raise was also common raise.

Did you receive a bonus in the last year?

What is included in your compensation?

The mix of benefits engineering respondents receive is rather lush, with more than 90% receiving health benefits. Included in the “other” category were benefits such as vision. Please note that while the 401k is listed, respondents were not asked if their employer contributes to the program.

Research presented by Design News Editor-in-Chief Suzanne Deffree at the Embedded Systems Conference in San Jose, Ca., in December 2016, indicated the engineering workforce is now approximately 12% women, up from 10% women in 2013. The Q4 2016 survey, however, reflects fewer than 5% of the respondents are women.

What’s your highest level of education?

The data shows the greatest number of survey respondents hold a bachelor’s degree. It also shows those who enter grad school tend to finish grad school.

How do you get continuing education?

Universities and colleges are low on the list of sources for continuing education for working engineers. Respondents turn to conferences and online programs for the bulk of their ongoing education. A good portion of the industry and certification programs are administered through conferences and online, including the Design News Continuing Education Courses, which offer IEEE certification credit.

Are you working for the same company you worked for 5 years ago?

The job churn over the past five years among respondents has been a bit more than 30%.

Do you still think engineering is a good career choice?

This answer was overwhelmingly positive. Engineers like to be engineers. More than 90% still believe they made the right career choice. Fewer than 10% of the survey respondents have changed their minds.

What is the most satisfying part of your job?

Designing products and benefiting society ranked the highest among survey respondents as satisfying aspects of their profession. This is consistent with comments from readers we at Design News have seen in response to articles. Over the years, Design News readers have consistently indicated their belief that their work benefits the world.

Will you continue in engineering over the coming 5 years?

What could persuade you to leave engineering?

If they do choose to leave engineering, respondents offered several specific reasons for doing so. There was not one individual reason that dominated, though salary increases (presumably low increases) and the possibility of doing something more satisfying were common responses.

What concerns you about engineering?

Concerns about engineering were a mix. The pattern seems to be more work needs to be done faster by fewer people who are not receiving sufficient respect. Those challenges appeared over and over across the survey.

What concerns you about your career?

As for career concerns, we’re seeing increased workload as an issue, but we’re also seeing job stability concerns, and worries about keeping up with technological advances.