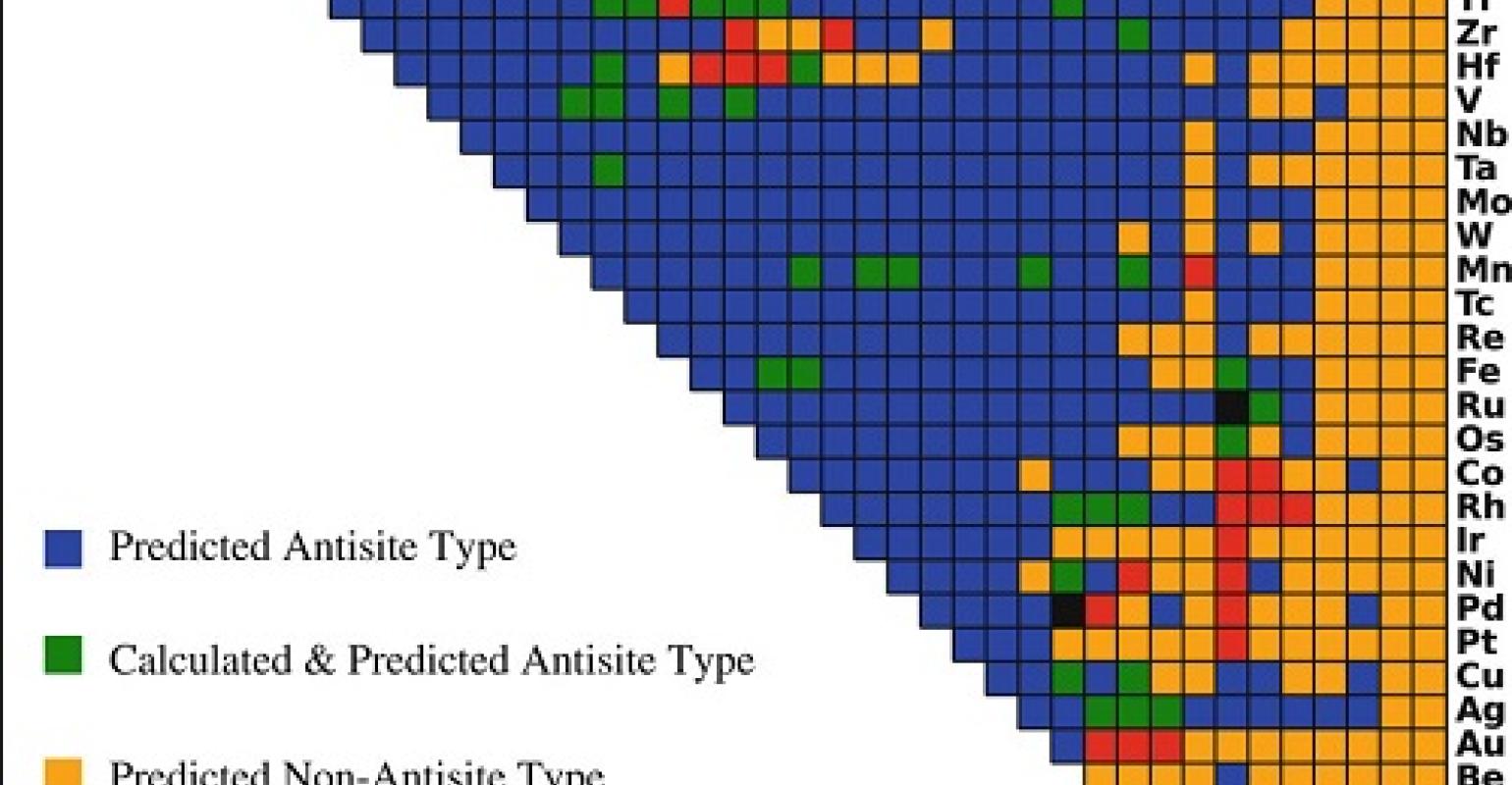 Researchers at the DoE Berkeley Lab have developed a new machine-learning technique to identify defects in metals.

The Department of Energy has developed a new technique to help identify defects in metals, paving the way for the development of advanced materials for a number of industries, including automotive and aerospace.

Researchers at the Lawrence Berkeley National Laboratory  (Berkeley Lab) have built and trained machine-learning algorithms that can with high accuracy predict defect behavior in certain intermetallic compounds. They can use the method to promote research of new alloys and lightweight materials that are structurally more sound than previous materials, they said.

“The benefit of this work is now we have a computationally inexpensive machine-learning approach that can quickly and accurately predict point defects in new intermetallic materials ” said Andrew Canning, a Berkeley Lab computational scientist. “We no longer have to run very costly first principle calculations to identify defect properties for every new metallic compound.”

Defects in materials—which rarely are chemically pure and always have structural imperfections—play an important role in dictating their properties. These defects usually appear either as vacancies, or “holes” in the substance’s crystal structure, or as what are called antisite defects, which essentially are atoms placed on the wrong crystal site.

Material scientists seek to understand defects so they can anticipate their effect on the long-term structural stability and strength of materials such as metals, and develop ways to prevent them from having a negative or even catastrophic effect.

To test for weaknesses in metals, researchers have typically relied on a computational quantum mechanical method called density-functional calculations. These predict what kinds of defects may form in a structure and how they might affect the material’s properties.

However, while the approach is effective, it is expensive to execute, which limits its scope, said Bharat Medasani, a former Berkeley Lab postdoc and lead author of a paper about the work the team published in the journal Nature Computational Materials. He is now a postdoctoral researcher at the Pacific Northwest National Laboratory.

“Density-functional calculations work well if you are modeling one small unit, but if you want to make your modeling cell bigger the computational power required to do this increases substantially,” he said. “And because it is computationally expensive to model defects in a single material, doing this kind of brute-force modeling for tens of thousands of materials is not feasible.”

The new method developed by Medasani and his team overcomes these computing challenges, he said. The machine-learning algorithms developed can predict point defects in intermetallic compounds, focusing on the B2 crystal structure, which scientists widely observe, they said.

To prove their work, they used a sample of 100 compounds from a materials database and ran density-functional calculations using supercomputers at the National Energy Research Scientific Computing Center (NERSC) at Berkeley Lab to identify their defects. The small data sample allowed the team to use a forest approach called gradient boosting to develop their machine-learning method to a high accuracy, Medasani said.

For this approach, researchers built additional machine-learning models successively and combined them with prior models to minimize the difference between the predictions obtained from the models and the results from density-functional calculations, he said. The team then repeated the process until they achieved a high level of accuracy in their predictions.

The end result is a tool that enables researchers to predict metallic defects faster and robustly, which will in turn accelerate materials design, according to researchers.