Is American Manufacturing Falling Out of Love with China? 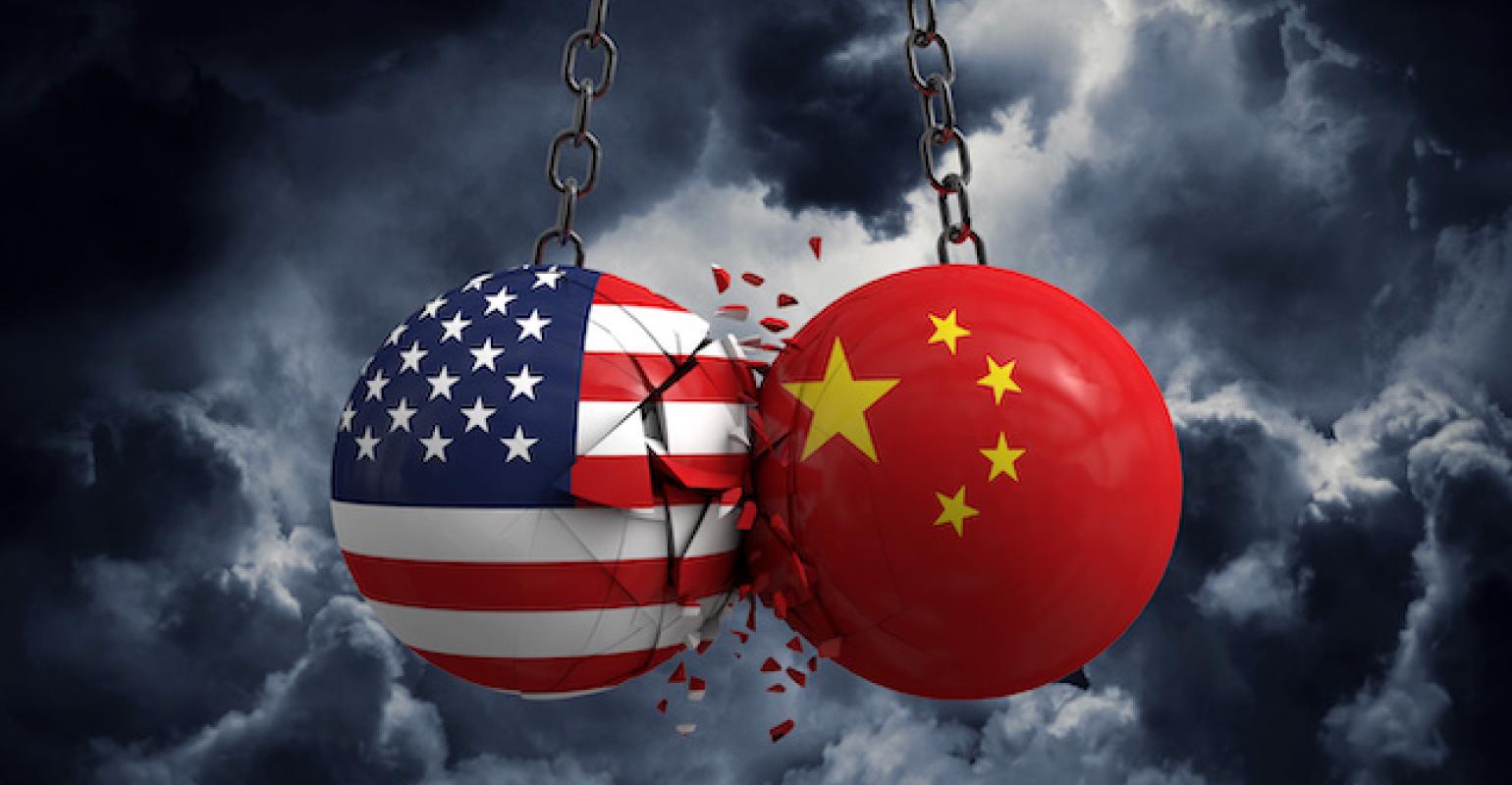 When China joined the World Trade Organization in 2001, the Western world had expectations about China’s goals that, in hindsight, were very different from China’s actual ambitions.

When Peter Navarro, Director of the Office of Trade and Manufacturing Policy for the Trump Administration, wrote his book, The Coming China Wars: Where they will be fought and how they can be won, in 2007, he couldn’t possibly have predicted the turn of events that has taken place over the past three years. But maybe he had a premonition.

Navarro, a business professor at University of California, Irvine, with a PhD in economics from Harvard, was the featured guest speaker at the 2008 annual convention of the American Mold Builders Association (AMBA). We met that year in Puerto Vallarta, Mexico, and Navarro spoke on the topic, “Manufacturing in North America: Opportunity for All.” It was a time when American mold manufacturers were waging a battle for work from OEMs that had started taking their mold business to China. Back then, molds could be built at a 70% discount in China compared with the United States.

Having been voted into the World Trade Organization (WTO) in December 2001, China’s goals were to engage with new trading partners and raise prospects for a better life for its one billion–plus citizens. It was at that point that the Western world began to have expectations about China that, in hindsight, were very different from China’s actual ambitions.

One of America’s expectations, I believe, was that by bringing the People’s Republic of China into the world of capitalism and democracy, the communism that Mao created over the decades since 1949 would become less attractive. Engaging with China as a trading partner would bring that country to a more democratic way of being. I know that many manufacturing business executives, owners, and managers thought that way. Communism would gradually go away as the Chinese people were exposed to U.S. ideas and manufacturing technologies.

Many U.S. manufacturers were lured to rush into China by the prospect of hundreds of millions of Chinese consumers eager to buy products from U.S. manufacturers. I wrote many articles at the time cautioning American companies that they were entering that market wearing rose-colored glasses. They had visions of the cheap Chinese labor market allowing them to make their products for a fraction of what they would pay in the United States or even in Mexico. Many companies had been opening up manufacturing plants south of the border since the 1970s to take advantage of cheap labor and the close proximity to the U.S. market.

Some of the U.S. manufacturers who had gone to Mexico soon were taking even more of their manufacturing to China. Mexico also began to suffer from the China syndrome. It was not far into this trade experiment with the People’s Republic of China that U.S. manufacturers began to see cracks developing in the arrangement.

As Navarro pointed out in his book, few health and safety and environmental regulations existed in China, which lacked “a basic regulatory and legal system.” By bringing in intellectual property, patented technology, machinery and manufacturing equipment, U.S. companies were opening themselves up to IP theft and the counterfeiting of U.S. products. “Counterfeit and pirated goods sold domestically help keep inflation low, and selling these goods internationally creates jobs and export revenues,” wrote Navarro.

It wasn’t long before the Chinese people didn’t have to buy expensive U.S. products being made in their country — they could buy the same things made by Chinese companies that imitated the U.S. processes and formulas. China also began exporting these counterfeit goods. As Navarro wrote in 2007, “. . . worldwide production of counterfeit goods leaped by 1,700% since 1993,” with China accounting “for two-thirds of all the world’s pirated and counterfeit goods and fully 80% of all counterfeit goods seized at U.S. borders.”

U.S. companies have spent untold millions defending their IP and patents, yet China has done little to stop the practices. “The government of the People’s Republic of China was founded . . . on the bedrock principle of abolition of private property and the communitarian idea that all should share,” wrote Navarro. “Thus, there exist several generations of Chinese executives who grew up being taught that property rights simply do not exist outside the collective.”

Navarro has long known about China’s myriad problems, from air pollution to the lack of potable water. China has many of the minerals critical to heavy manufacturing, both from domestic supplies as well as other countries. It also has a “growing thirst for oil,” he noted.

In October 2015, a Chinese investment firm shelled out $1.3 billion to buy giant oil fields in Texas. On April 1, 2020, at the height of the COVID-19 pandemic and as oil prices plummeted, China increased its U.S. crude purchases, with some buyers “snapping up cargoes at the widest discounts ever, as sellers seek to offload excess supplies,” according to Reuters report from April 1, 2020 ("Chinese Buyers Snap Up U.S. Oil Purchases at Widest Discounts Ever").

China is the origin of the COVID-19 virus, and we are once again forced to confront China and its actions in the world of commerce and consider whether globalization needs some tweaking. There is a saying by the Chinese philosopher Lao Tzu in his famous writing, The Art of War: “The supreme art of war is to subdue the enemy without fighting.”

After nearly two decades of dealing with China, many have come to view that country as one that will always remain Communist. Xi is now President for life, and the crackdowns in Hong Kong in the east and on the Uighur Muslims in the west have shown the U.S. and Europe that China is what it has always been. A Wall Street Journal article, “Virus Widens Rift Between U.S., China,” published on May 7, quoted H.R. McMaster, retired Army general who served as national security adviser early in this administration. “We had undervalued the degree to which ideology drives the Chinese Communist Party," said McMaster. "As a result, we had indulged in this conceit over the years that we could change China by welcoming China into the international order. It was pretty obvious by 2017 that that didn’t work.”

The tide has turned over the past few months among the American people. A Pew Research Center survey cited by the WSJ noted that about two-thirds of Americans have an unfavorable view of China. “That is the most negative assessment since Pew began asking the question in 2005, and a nearly 20 percentage point increase since the Trump administration began. Positive views of China’s Mr. Xi also are at new lows.”

There's more to mold making than the 'China price'

All these years spent trying to democratize China have taught us a lot of tough lessons. In the WSJ article, Secretary of State Mike Pompeo called on Americans to “engage with China as it is, not as we wish it were.”

Some want China to pay for the economic disruption that the world is laying at the feet of the Chinese Communist Party. The WSJ article said that supporters of the United States’ harder-edged China policy believe it is working, “producing a partial trade deal in which Beijing has promised to buy more American goods and services. More broadly, they say, the approach is deterring Beijing by demonstrating strength and resetting relations that previously tilted in China’s favor.”

Re-reading sections of Navarro’s book, I was reminded of how the mold manufacturers fought to keep mold building in the United States. They’ve had some luck in that regard. There are advantages to keeping these intricate, highly engineered molds close to the U.S. factories that run the parts. There’s more to these molds than the “China price” would lead buyers to believe, and many OEMs have started doing an about-face in purchasing.

Many lessons currently are being learned, including what can happen to OEMs when their supply chain is stretched halfway around the world and linked to a Communist political regime. Navarro commented in his book, “Nowhere is the problem of a lack of political will to confront China more problematic than in the United States — the continuous shrill chatter of ‘tough talk’ on China notwithstanding.”

But that was before the days of the Trump administration. That has changed.

Quoting Lao Tzu once again: “In the midst of chaos there is also opportunity.” I believe that we have an opportunity for manufacturing in the USA that will bring us back stronger — and wiser — as a country.