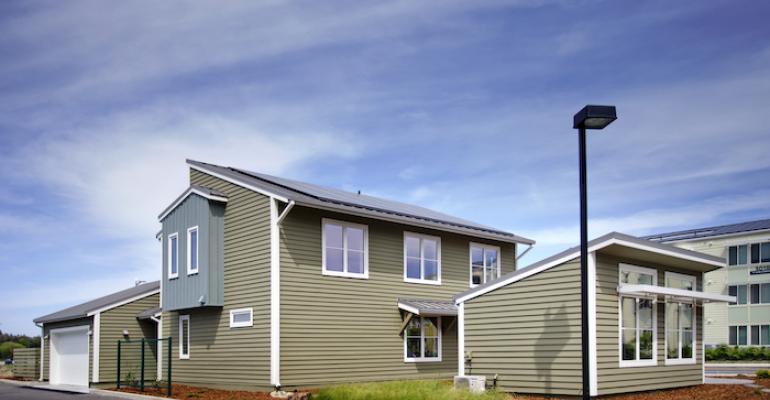 These lessons along with years of data are available to all with an interest in smart home development thanks to the Honda and UC-Davis project.

Back in 2013, Honda worked with UC-Davis to launch a smart home project that would consume zero net energy. It was a bold experiment and a technical IoT marvel. Human dwellers occupied the home along with over 230 built-in sensors. Both provided a wealth of data and feedback that yielded several surprising results. Foremost was the importance of collecting data in a real-life environment, analyzing it and then acting on that analysis to try out new conditions and improved technologies. Six years later, the data and details of this project have been compiled into 5 key lessons learned, which will be reviewed shortly.

First, a bit of background on the beginnings of this project are needed. Before the smart house could be built, all aspects of its design, operation and sustainability had to be understood and balanced. Even the home’s site selection was chosen to ensure the best exposure for the rooftop solar panels. Every detail of the overall design was similarly reviewed with a collaborative team consisting of an architect, HVAC designer, electrical/electronic and mechanical engineers, construction certification members, and Honda experts. Heating, cooling, lighting, operation of appliances, and water reuse activities were designed together to support zero net energy consumption while allowing the occupants to live comfortably.

From the human occupant perspective, the goal was not to significantly change specific behavior patterns. For example, if the occupants had to wash dishes, shower or run laundry, then the home had to respond immediately. If the timing of these activities required excessive use of the energy grid, then the Honda-designed Home Energy Management System (HEMS) would intervene to allow them to continue their daily routine, as well as return extra power to the grid if possible.

The HEMS, located in the smart home’s garage, was a hardware and software system that monitored, controlled and optimize electrical generation and consumption throughout the home’s microgrid. It stored solar energy during the day and was capable of “listening” to the grid to ensure power was only drawn at the most carbon-efficient times.

The project has proven to be a success. Located on the West Village campus of the University of California, Davis, the home as annually produced more energy from renewable sources than it consumes annually, including enough energy to power smart car (e.g., a Honda Fit EV) for daily commuting. Energy management systems were essential to maintaining efficient heating, cooling and lighting systems within the house.

Other sustainability factors, such as water-use, were also managed and controlled. The result a home with three times more water-efficiency than a typical U.S. home.

Proof of the zero-net energy consumption is available from yearly data accessible to anyone on everyone on the download tab of the Honda Smart Home site.

One common method for heating or cooling a home is with a heat exchanger. A heat exchanger works as the name implies, by exchanging heat from one fluid to another but without having the two fluids mix together.

In the backyard of the smart home, eight 20-foot deep borehole heat exchangers worked to heat and cool the home’s floors and ceilings throughout the year. Clusters of small-diameter boreholes equipped with heat exchangers made of plastic or metal pipe are often used to store heat or cold between opposing seasons in the ground.

Unfortunately, 8 borehole heat exchangers proved too few to meet the energy needs of the smart home. In retrospect, 12 boreholes were needed.

The heating of water for showers and sinks in conventional homes is one of the highest wastes of energy according to the most recent (now 4-year-old) study by the US Environmental Energy Agency. In most homes, heated water is immediately lost down the drain. This is not the case in the HSH where a drain-heat-recovery unit was used.

For traditional heating, water is heated in a tank by gas or electricity. It is then delivered to the shower or wherever it is needed. However, the HSH drain-heat-recovery unit drains the shower grey water into pipes that then preheat the cold city water. This heat transfer reduces the amount of grid or solar power needed to provide suitable hot water to the smart home.

Combined with a desuperheater to recover energy from summertime cooling, the smart home was capable of producing more than 30% of the occupant’s hot water needs for free. Imagine that energy savings multiplied throughout an entire city.

According to the EIA, up to 15% of total heat loss occurs through the floor. To lessen this loss, the HSH installed a system to efficiently heat and cool the home’s floors through a system built into the foundation. This system consisted of radiant heat tubing under slab insulation for both heating and cooling. Such an approach not only reduced heat loss in the home but decreased the overall carbon footprint for the home construction.

A typical concrete slab for a house requires a large amount of cement to hold it together. Producing this cement, which involves heating it to more than 1,000° C, requires significant amounts of energy, while the chemical reaction itself produces carbon dioxide. To decrease this construction-related energy, half of the cement with pozzolan, a substance that occurs naturally in the earth. The pozzolan didn’t need to be heated to the same high temperatures as cement, so integrating it into the concrete mix reduced the carbon emissions typically associated with the construction of a home.

The radiant heat tubing system was installed before the flooring was laid during initial construction. A yellow colored insulation held the radiant heat black tubing that would directly transfer heat to the floor to create a radiant warmth effect. This technology eliminated the duct losses associated with traditional HVAC heating systems and additionally helped stop the spread of allergens through the air.

Unfortunately, the radiant heat system did not perform as well as expected. The long-time delays to heat or cool the floors make it fairly impractical and one of the least-preferred systems in the smart home.

Instead of a traditional air conditioning system, the HSH used several different methods to keep the home at a comfortable temperature, especially in the evening. After several iterations, the designers settled on a series of strategically placed fans. For summer nights, a combination of a whole-house fan, which pulls outside air into the house, and individual bath fans were deployed throughout the home. Together these fans consumed a bit more energy than just a whole house fan but provided a better pressure balance and noise performance.

Unsurprisingly, key to running a smart home is the capability to monitor and control the main energy consumers – e.g., HVAC and lighting – as well as interfacing with energy sources such as solar panels/batteries and the power grid. Adding control and monitoring intelligence to the home will itself require energy. The trick is to make sure that the control and monitor electronics don’t consume more power than the devices themselves. One part of this trick is to make sure that the smart systems pay attention to stand-by loads, those mischievous power draining loads consumed by electronics and electrical appliances even when they are turned off (but still drawing power in standby mode).

As mentioned earlier, the Honda Smart Home system is driven by the company's home energy management system (HEMS). As the proprietary brains of the operation, this system is housed in the garage to monitor and optimize electrical consumption across the home's micro-grid.

Sitting next to the HEMS is a 10 kWh lithium-ion battery, similar to those used in Honda's Fit EV. This battery stores the energy collected by the roof-top solar PV system mounted on the roof that is typically used at nighttime (when the sun is down).

A central function of the energy-control system is its capability to monitor all the other components in addition to monitoring the home's use of power supplied by the grid. If needed, the control system can also provide electricity via the home battery unit. For the home dwellers, the control system lets them know what sources of power could be turned off when not needed, e.g. when the occupants are at work.

In addition to the HEMS control system, the smart home has a data acquisition and networking cabinet to handle the home’s 278 channels of data that are stored locally on a data logger at one-minute intervals. An analogous system control exists for the mechanical piping and pump system in the smart home. Information from all systems is uploaded every 12 hours to the cloud via a third-party data service that also performs error-checking functions in case any sensors becomes damaged. Data channels capture all energy flows within the home and the HEMS system, water flows, temperatures within the walls and floors, weather and various system information flags. An aggregate of this data is available in a spreadsheet CSV format to share with others involved in smart home development.

The HSH project has provided a real-world learning environment to both consumers, sensor vendors, appliance makes and the construction industry as to the viability zero net, carbon-reduced homes of the future.

But the work continues. This smart home isn’t a finished project but rather a work in program that’s opened to anyone. Honda has taken an open-sourcing approach to smart home development by making their smart home architectural, interior designs, and mechanical and plumbing plans available on their site. Hopefully, others will incorporate what’s been learned into their own projects and then continue to share their lessons learned.