This Strange Japanese Hotel Is Staffed by Robots 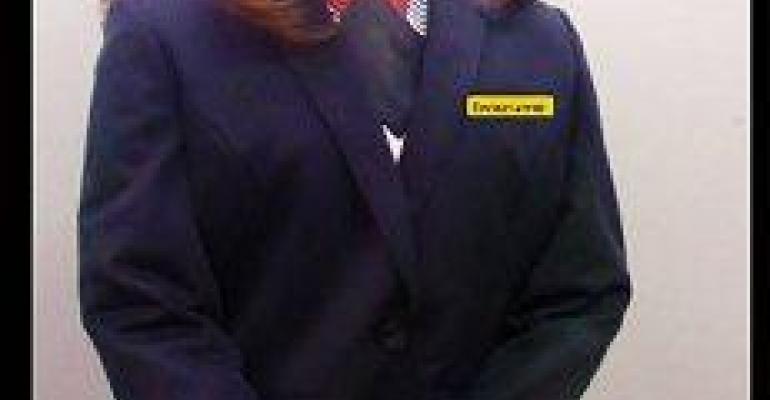 While we here in the US still struggle to come to terms with robots increasingly interacting with humans, the Japanese have been ahead in their acceptance of robots as part of everyday life.

Japan already has restaurants that feature robotic wait staff, has produced plays with robot actors, and used eerily human robotic guides at a Tokyo museum. So it should come as no surprise that Japan has taken another step with service industry robots by opening a hotel that mostly substitutes human staffers with robots.

At the appropriately named Henn'na Hotel -- or “Strange Hotel” -- English-speaking guests are greeted by a robotic dinosaur at the front desk, while humanoid robots greet Japanese guests. The hotel also features a robot concierge and robot bellhops to take luggage to rooms. However, hotel security employees -- perhaps because they need to act more intuitively -- are human beings. 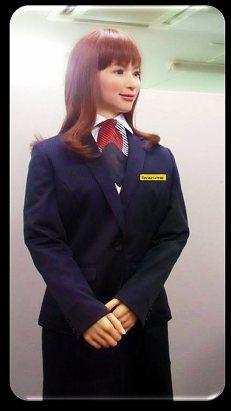 “Incorporating advanced technology, Henn-na Hotel is the first hotel of its kind in the world,” according to the English version of the hotel’s website. “Our smart, modern facilities are not only environmentally friendly, but also add to the fun and comfort of your stay.”

The robots used at the hotel, which is located at Huis Ten Bosch, a theme park in Nagasaki, are Actroid humanoid robots that have been developed by Osaka University and manufactured by Kokoro. They appear similar to and have the mannerisms of a young Japanese woman, can speak several languages, and can make hand gestures and reciprocate eye movements.

Robots are not the only aspects of the hotel to feature the latest technology and forward-thinking concepts. Instead of typical room keys, guests access their rooms via facial recognition. To save energy, the rooms do not have refrigerators, and if guests want to watch TV, they can do so by requesting tablet devices distributed by the hotel.

MORE FROM DESIGN NEWS: The US and Japan Will Fight in a Giant Robot Battle

In other energy-saving efforts in line with the hotel’s concept, motion sensors turn lights off when no one is in the room, and a radiant panel air-conditioning system uses electromagnetic waves to transfer heat directly from one object to another without affecting the air in between. These type of systems use less electricity than typical air-conditioning systems. 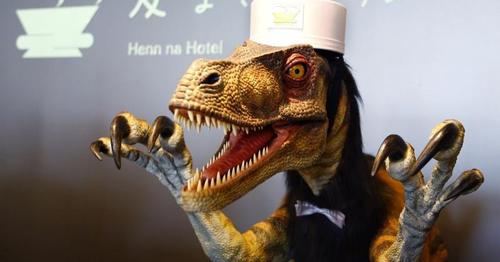 While there are benefits to replacing human hotel staff with robots -- no tipping required, for instance -- there also are some limitations. The robotic concierge, for example, can’t perform tasks a human concierge might perform, such as make restaurant reservations or do other errands for guests. It does, however, provide information about events and dining at the hotel using voice recognition.

The hotel also has a different take on room prices, with guests bidding on rooms during peak season rather than being offered set prices. Prices will be about 7,000 yen (about $60) for a single room to 18,000 yen (about $145), the highest possible price after bidding, for a triple room, according to the hotel.