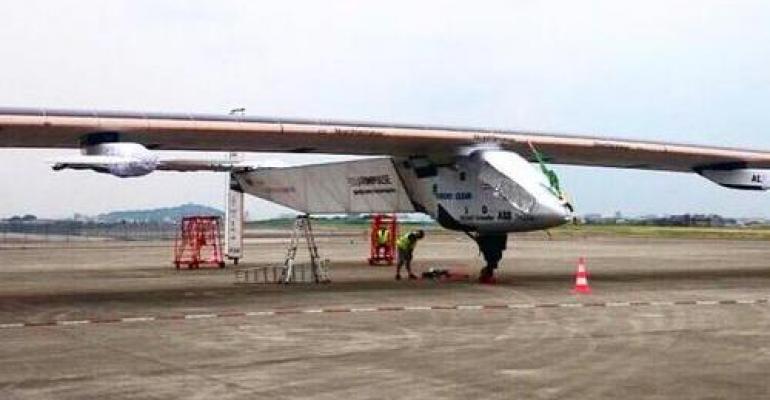 Solar Impulse 2, the solar-powered aircraft attempting a round-the-world flight, had its record-breaking attempt derailed this week when weather conditions forced the aircraft to abort a leg of its flight from Nanjing China to Hawaii. Adverse weather conditions over the Pacific ocean forced the crew to make an unscheduled landing in Nagoya airfield. The Solar Impulse crew has reported that a current cold front is to dangerous to cross and that the plane will be remaining in Japan and will continue its journey once weather conditions improve. 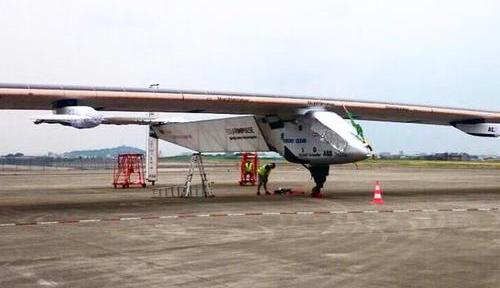 The flight from China to Hawaii, one of the longest legs of the Solar Impulse 2's flight since leaving Abu Dhabi, United Arab Emirates in March was estimated to take about five to six days. Before being forced to land, the aircraft was about 44 hours into its flight, reaching a maximum altitude of 28,000 ft and covering about 1,772 miles.

Solar Impulse has tweeted regular updates on the aircraft and confirmed the safety of pilot Andre Borschberg and that the craft is in a hangar at Nagoya airfield awaiting maintenance.

#Si2 is safe in the mobile hangar! We can now do some maintenance work, and wait for the next flight weather window. pic.twitter.com/p0DFeK8EUC

The 2.3-metric-ton Solar Impulse 2 is powered by 17,248 solar cells on its wings (which span 236 ft). The craft contains about 1395 lbs of lithium batteries, which are recharged by solar energy and allow the plane to fly by night. Making sure these batteries are fully charged during the day is key to the Solar Impulse 2 completing its mission as the plane is only traveling at about 60 mph on average. The lack of clear skies over the Pacific contributed to the decision to make the landing in Japan. Even at this stage the Solar Impulse 2 has already traveled 1,860 miles since leaving China -- the longest flight ever by a solar-powered aircraft in both distance and duration.