SI, PI, and EMI Have a Simpler, More Integrated Future 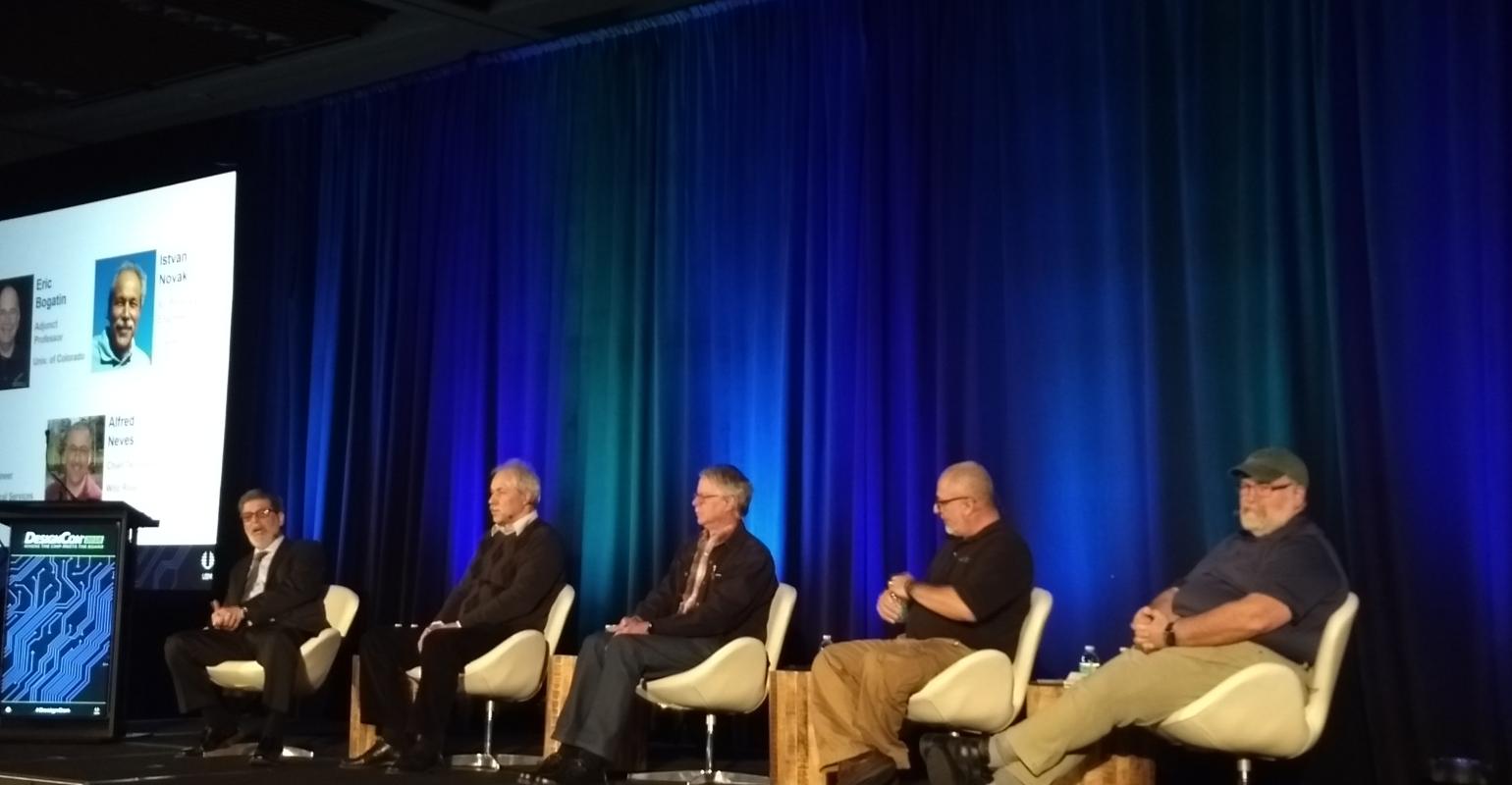 A panel of experts at DesignCon 2018 said that signal integrity, power integrity, and electromagnetic integrity aren't going to be separate disciplines any longer. But how can engineers address the new challenges ahead?

If you want to think about where signal integrity (SI), power integrity (PI), and electromagnetic integrity (EMI) are going in the next five years, the first thing you need to do is stop thinking about them separately.

“SI, PI, and EMI won't be three technologies anymore. We're going to have to deal with them all simultaneously,” Steve Sandler, Managing Director at Picotest, told the DesignCon 2018 audience at a keynote panel, “SI/PI & EMI Challenges: Looking Ahead Through 2023.”

Sandler and a group of panelists that included Istvan Novak, Senior Principal Engineer at Oracle; Eric Bogatin, an Adjunct Professor at University of Colorado's Department of Electrical, Computer, and Energy Engineering; Alfred Neves, Chief Technologist at Wild River Technology; and Kenneth Wyatt, Senior EMC Engineer at Wyatt Technical Services, all concluded that the proliferation of Internet of Things (IoT) technologies, coupled with new forms of computing and emerging technologies like autonomous vehicles, is going to conflate signal, power, and electromagnetism concerns in ways that will present brand new challenges for engineers and force experts in one area to gain experience in the others, as well.

“The electromagnetic environment in hospitals, homes, vehicles, and what we carry on our bodies is becoming increasingly crowded and interconnected.” Wyatt said. “As these system proliferate they need to be compatible and will tax the available RF spectrum. Increasing spectrum allocation for things such as 5G and vehicle systems will present challenges to product designers, spectrum managers, and EMC engineers.”

Nevermind that a device as common as a microwave can still interfere with Wi-Fi signals. The University of Colorado's Bogatin said that emerging and future technologies such as augmented reality, man-machine interfaces, quantum computing, and even the maker movement are bringing even more complex technologies to fruition that will only further crowd the RF spectrum and create new issues for engineers and product designers. “Think of technology as a yin and a yang, a blessing and curse. A killer app is the blessing, but it can also come with unintended consequences.”

“We can't really partition these three disciplines into three separate categories anymore,” Wyatt said. “As we approach data rates of 40 Ghz and higher it's true we need to consider the physics of the board but there's obvious intersections between the disciplines.”

For his own part, Neves of Wild River Technology, a signal integrity expert, advocated for simplification as the future of signal integrity. “We're going to have to get back to work and understand what's happening to power and energy flow in our systems.”

Neves touched on an issue that all the panelists agreed will be at the forefront as SI, PI, and EMI issues become more intertwined – the lack of practical, basic engineering education in these fields. “Most product designers don't understand the basics of how energy moves in transition lines,” Wyatt said. “...We need to ensure we're really focusing on the basics of all these disciplines and how we can empower product designers in the trenches.”

“Education is the key. It is quite obvious we will all have to learn about the other disciplines,” Oracle's Novak, a 20-year veteran of DesignCon, added. “I think each company has to do a better job integrating these things.” Bogatin echoed Novak's statements, noting that companies are often organized so that SI, PI, and EMI are separate disciplines that can easily come into conflict, particularly during product testing. “How do your organize for holistic approach?” he asked.

Neves shared an anecdote about John Coltrane with the audience. It was said that when Coltrane's friends came to visit they wouldn't even bother knocking if they didn't hear him playing the trumpet, because if Coltrane wasn't playing the trumpet, he wasn't home. Neves' point was to outline the importance of personal commitment for engineers to overcome challenges, and to step up and take initiative in places where formal education is lacking.

“I don't think [professors] are teaching the art of engineering, except in a few cases,” he said. “The reality is that professors aren't practitioners in most cases. They don't build things and make measurements. Personal commitment is really important.”

Wyatt agreed with Neves, but took a more measured approach, suggesting that more outreach to bridge the gap between education and real-world application will be necessary. “A lot of professors aren't practitioners; that's why it's really important for us as practicing engineers to partner with colleges and universities.”

Watch the full DesignCon 2018 keynote, “SI/PI & EMI Challenges: Looking Ahead Through 2023,” below and for more updates be sure to follow Design News on Facebook.