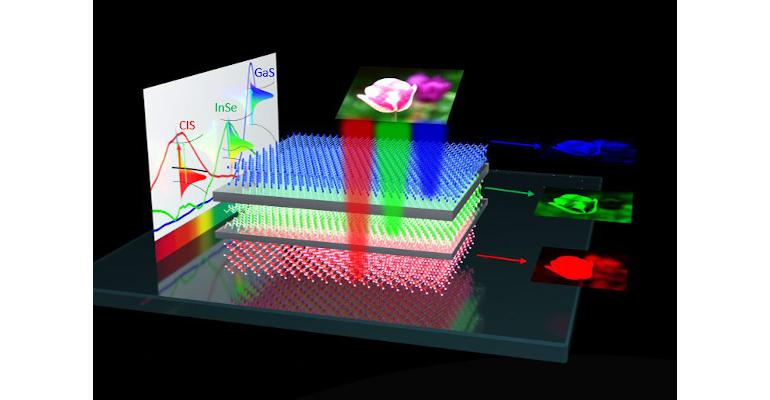 Georgia State University researchers have successfully designed a new type of artificial vision device that allows for greater depth of color recognition and scalability on a micro-level, paving the way for an “electronic eye” for numerous robotic and other applications.
New artificial vision device for micro-robots has potential for application in numerous industries and could help the visually impaired.

Imagine a future in which micro-robots can actually “see” in a similar way and in full color like humans do. It’s not so far off with the design of a new type of artificial vision device by researchers that furthers the development of a true “electric eye,” they said.

A team at Georgia State University (GSU) developed the device, which allows for greater depth of color recognition and scalability on a micro-level than previous technologies to provide a tiny camera for micro-robots, which is researchers’ ultimate goal, they said.

Such robots can be used to enter narrow spaces and have unprecedented vision capability, which can transform medical, environmental, manufacturing, archaeological, and other applications, researchers said.

Specifically, the work provides a foundation for a biomimetic artificial vision device that uses synthetic methods and nanotechnology to mimic biochemical processes that occur in human vision, explained GSU Assistant Professor of Physics Sidong Lei, one of the scientists working on the project.

“It is well-known that more than 80 percent of the information is captured by vision in research, industry, medication, and our daily life,” he said in a press statement. “We illustrate the fundamental principle and feasibility to construct this new type of image sensor with emphasis on miniaturization.”

The biomimetic electric eye developed by the team features significant advancement in color recognition, which researchers said is the most critical vision function. Historically, however, it has been difficult to achieve on a microscale given the difficulty of downscaling the prevailing color-sensing devices.

The team chose van der Waals material over traditional silicon semiconductor material because its band structure, thickness, and other critical parameters can be strictly controlled to sense red, green, and blue colors, observed Ningxin Li, a graduate student in the Functional Materials Studio of Professor Lei who worked on the research team.

“The ultra-thinness, mechanical flexibility, and chemical stability of these new semiconductor materials allow us to stack them in arbitrary orders,” she said in a press statement. “So, we are actually introducing a three-dimensional integration strategy in contrast to the current planar micro-electronics layout.”

This higher integration density is the key reason that the architecture of the device allows for the downscaling of the camera, Li added.

Overall, the device offers precise capability to recognize colors and also can simplify the design of the optical lens system that allows for a micro-scale artificial vision system, researchers said.

Researchers published a paper on their work in the journal ACS Nano. The team is awaiting a patent for the device with Georgia State’s Office of Technology Transfer & Commercialization (OTTC) and eventually will seek partners to help commercialize the technology, researchers said.

In addition to its application in robotics, researchers said it can even inspire advancements to help people who are vision impaired with the invention of biomimetic electronic eyes or other neuromorphic prosthetic devices, Li said.

“High-quality color sensing and image recognition function may bring new possibilities of colorful item perception for the visually impaired in the future,” he said in a press statement.