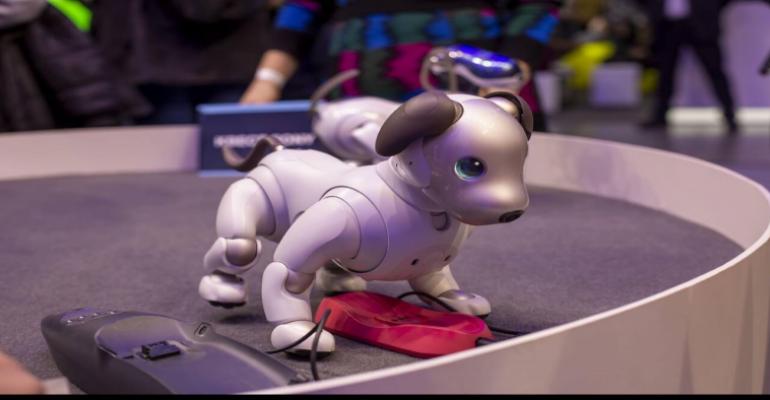 Robotic ethics expert Dr. Kate Darling says the empathy humans sometimes show towards robotic creatures can be used to help us understand each other better.
MIT robotics expert offers insight on how our interactions with robots can give more clues to human behavior.

But to Dr. Kate Darling, a robot ethics expert and Media Lab Research Specialist at MIT, those sweeping generalizations are far from universal. Speaking during a keynote session at the recent Sensors Converge conference in San Jose, Dr. Darling discussed research she has conducted which found people actually showing empathy towards robots, even though the robots themselves did not return the favor.

During her presentation, Darling, who herself owns several robots, brought on stage an animal-like robot containing a tilt sensor. Holding the robot by its tail caused it to “cry”. Dr. Darling responded by petting the robot.

“I am always interested in why (some) people treat robots like animals, even though they are machines.” she said.

Darling cited another research project where participants on two teams were allowed to pet several dinosaur-like robots, then given the opportunity to hit and bludgeon the robots. Not one participant would hurt the robots, even on the opposing team.

In another study, Darling said participants were given mallets to hit robotic-like hexbugs. Some of them refused.

“We have an inherent tendency to show empathy toward animals and other non-humans, even objects,” she said. Darling cited the Pet Rock craze decades ago as an example.

The fact that robots are not programmed to respond or show emotion likely gains respect among humans, who may respond negatively to another human’s response, Darling noted.

To this end, there are many studies now that use robots as a tool to get people, such as infants and toddlers to interact with the machines first before interacting with other people.

“There is a lot of research on autistic children where the robot initiates social interaction with the child,” Darling said. “This in turn helped the child interact with other people.”

On the topic of robots supplanting humans in the workplace, Darling believes in a model where both work alongside one another, with the robot helping to automate menial tasks. While this is not a new notion, she believes part of the problem lies with companies doing away with human labor to cut costs rather than having robots and humans coexist.